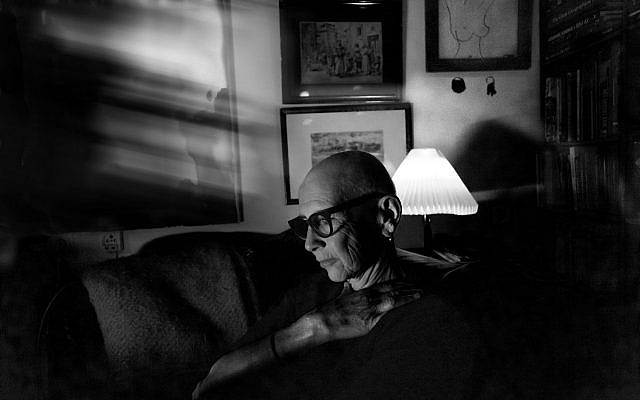 Photographer Alex Bronfer generously provided the illustration for this blog. See his work at http://www.bronfer.com/

An active choice must be made. Every single morning. In fact, often several times a day. It is about choosing life. And believe in it.

“It is strange, that cancer still is surrounded by so much fear,” a sweet friend tried to comfort me. But it is not really that strange.

People die from cancer. Like before, where people would die from the flu, tuberculosis or pneumonia.

I remember back in elementary school, we were told that in the old days those widespread diseases were responsible for lots of deaths. In the meantime, modern medicine had found answers to the previously so dangerous infectious diseases and therefore our generation was likely to die from cancer.

Now there is cancer everywhere. Among friends. In the family. In literature. In the arts, in the movies and in theater.

So in a way, it was not a matter of whether I would get cancer, but rather a question of when and which cancer would become mine. And no, you do not choose your cancer. But when it arrives, it is all about learning to choose.

First, I think of my oldest and very dearest high school friend. She was barely 30 years old, the mother of a little boy and divorced when she was diagnosed. She was just eight years old when her own mother died of breast cancer. When she was told that now there was cancer in her breast, she was in such deep denial that it took her two months to agree to receive treatment.

“I said yes to the treatment, because my mother never got the opportunity,” she explained.

We were both biologists, and together, we had studied the statistical normal distribution curves. Without statistics, there is no science, we were taught.

But what does it mean to have an 80, 90 or maybe even a 99 percent chance of survival if you belong to that one percent?

So we realized that in life, statistics are completely irrelevant.

My next thought goes to a wise nurse that I do not know at all. My cousin had had biopsies taken and was waiting for the verdict: breast cancer. Desperate and crying, she could not help but worry about what was going to happen to her four children.

“If I am going to die from this, then I hope it happens before my oldest turns 18, so someone will take care of them,” she said addressing the universe as she lay on the examination bed.

“You may just as well forget all about it, you will not be able to achieve that,” the cancer nurse answered, implying that with the forthcoming treatment, death was not going to catch her any time soon.

I love this nurse for her remark. In a single sentence, she got the proportions of life back in place and returned my cousin’s children their mother.

My third thought is opt-out. On the days when chemistry is washing through my bloodstream, and my brain and body seem to be moving on vastly different levels, there is not much else to do than throwing myself on the couch and watch trivial TVshows. Not all kinds of series are suitable. I cannot bear neither terror nor Middle Eastern wars, or politics.

So I have been watching the series Orange Is the New Black, set in an American women’s prison. It has fairly high entertainment value, and it does not really matter if you dose off along the way.

But even in this distant universe, cancer is present.

Her name is Miss Rosa. Sentenced to long years of incarceration for an armed bank robbery and due to ovarian cancer and the lack of budget in the prison system for her to go through surgery – sentenced to die.

“Unfortunately, chemotherapy doesn’t work anymore,” explains a compassionate prison doctor in the series. He gives Miss Rosa another couple of weeks to live.

Yes, it is drama. Yes, it is television. But it is also part of reality.

It is all about choosing life and hoping that life chooses you.

This is my fourth blog and the fourth chapter of my book The Lights Within, read more about the book and buy it at http://www.hannefoighel.com