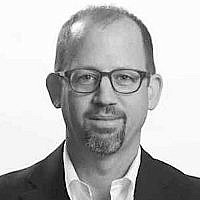 The Blogs
Scott Lasensky
Thinking. Writing. Doing. "Amiyut" means peoplehood
Apply for a Blog
Advertisement
Please note that the posts on The Blogs are contributed by third parties. The opinions, facts and any media content in them are presented solely by the authors, and neither The Times of Israel nor its partners assume any responsibility for them. Please contact us in case of abuse. In case of abuse,
Report this post.

Whether in our most intimate Jewish spaces, or under the spotlight of our largest Jewish stages, ensuring that Jews across vast geographies and practices feel a deep connection to one another and a sense of mutual responsibility requires careful choreography. I’ve been privileged to spend this past year traveling from coast to coast, on behalf of a new campaign promoting the idea and practice of Jewish peoplehood.

These are five peak moments I witnessed, case studies in leveraging diversity and pluralism, promoting literacy and connectivity, and cultivating role models as part of peoplehood-centered frameworks for engagement.

“Don’t keep your Judaism secret,” declared Rabbi Angela Buchdahl to 2,400 teens at February’s BBYO International Convention in Baltimore. After two years in pandemic semi-seclusion, with anxieties running high about antisemitism, this superstar congregational leader from New York’s flagship Central synagogue flipped the narrative and offered positive messages of pride, belonging and confidence. As an Asian-American communal leader, she not only represents the diversity inherent in the peoplehood paradigm, her teachings have renewed our understanding of the concept.

Buchdahl’s inspiring performance, including taking a stage selfie, was aided by BBYO bombarding participants with multilingual, Las Vegas-sized banners promoting Jewish proverbs and authentic Jewish teachings. The presence of dozens of international delegations, in a setting rich with Jewish practice and culture, ensured that a participant from Dallas, Dayton or Dublin felt an unmistakable connection to a global Jewish family. 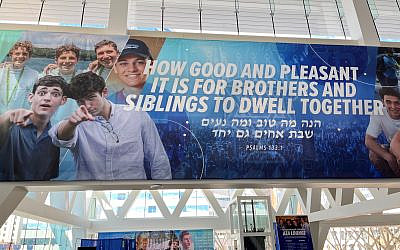 In March, I was in Palm Beach for the presentation of the Charles Bronfman Prize, given to humanitarians under 50 who are leading social ventures rooted in Jewish values. These highly successful social entrepreneurs are living proof that Jewish identity and nurturing one’s sense of peoplehood can also inspire universal change and promote the common good.

It’s impossible to succumb to cynicism or pessimism after listening to Nik Kafka, the founder of Teach a Man to Fish, an NGO that promotes entrepreneurialism in low-income countries, Drs. Ari Johnson and Jessica Beckerman, whose organization delivers effective health care in Mali, or David Hertz, whose Brazilian NGO turns food waste and vocational training into empowerment and sustainable employment.

For anyone who couldn’t make it to the quadrennial Maccabiah in Israel this summer, the “Jewish Olympics,” there was the annual JCC Maccabi Games® in San Diego. One of the most successful Jewish youth programs, JCC Maccabi is also one of the most peoplehood centered. With an explicit commitment to practicing peoplehood, JCC Maccabi’s intentional recruitment and outreach efforts reflect the fullest measure Jewish diversity and inclusion, including athletes with disabilities. Moreover, the sheer scale of the endeavor requires that local host communities band together in ways that foster peoplehood at the local level, including the countless families who host athletes.

At the opening ceremony, legendary NFL player and professional wrestler Bill Goldberg provided the goosebumps moment with stirring, deeply personal remarks. Goldberg’s thunderous messages about finding one’s “purpose” and about why he chose his name – and his Jewish identity – as the centerpiece of his star-studded sports career were a perfect complement to Rabbi Buchdahl. It’s no wonder the games have become such a potent gateway to greater Jewish engagement.

In December, I joined the trendsetting “Z3” conference, hosted by the Palo Alto JCC. Most people think of high-tech and Stanford when they think of Palo Alto, CA, but it has also become one of North America’s preeminent hubs for promoting global Jewish peoplehood. “Unity, not uniformity” is the Z3 mantra, and the organizers set key ground rules for engagement, including ideological pluralism and an ethos that places Jewish societies around the world on an equal footing.

Nearly 1,000 mostly local participants, joined speakers and community leaders from around North America and Israel for a full day of debating and exploring every Israel-Diaspora intersection imaginable. Israeli comedian Guri Alfi’s sendups had everyone in stitches, and cultural icon Roya Hakakian, an Iranian-American writer, dazzled, inspired and reminded us that, as Jews, we all “belong to the world’s oldest book club.”

Our Irish Catholic president, Joe Biden, perhaps surprisingly, also deserves a 2022 peoplehood prize for hosting not one, but two extraordinary community gatherings at the White House. First, at Rosh Hashana, and then again on the second night of Hanukkah, President Biden put on displays of unity, diversity, and communal pride that we should model in our own Jewish spaces.

Whether it was the spontaneous singing of Avinu Malkeinu as Itzhak Perlman played violin, or First Lady Jill Biden introducing a stunning new Hanukiyah crafted by White House artisans, a new national treasure that will be part of this iconic institution’s permanent collection, these carefully choreographed convenings bore all the trademarks of peoplehood.

From Haredi community leaders to progressive clergy, from leaders of legacy groups to innovators, these gatherings spotlighted the cultural, ethnic and denominational diversity of American Jewry, and the White House staff should be commended for ensuring an apolitical atmosphere. Moreover, President Biden, as Jonathan Sarna has argued, continued to emphasize “ritual over reception,” affirming Jewish practice and elevating tradition over revelry. The presence of so many national and local Jewish community leaders who also play a significant role in shaping broader American public policy, like Senator Jacky Rosen or Representative Kathy Manning, was another example of how role models from outside communal frameworks can also nurture a sense of collective identity. 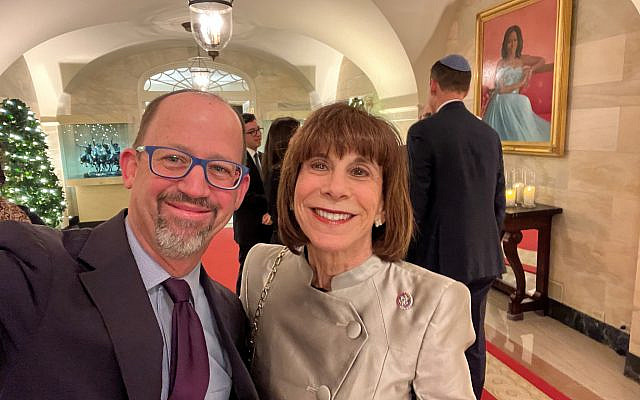 These are just five examples from 2022. There are countless others. Sometimes the choreography of peoplehood can be an act of solidarity, like when Ambassador Deborah Lipstadt, the famed historian turned diplomat, visited with the Mann family in Las Vegas, adding a silver lining to an ugly episode at Jerusalem’s Western Wall that shook the Jewish world.

At our own family simcha this summer, we invited Lt. Col. Alexander Vindman, “a hero to just about all of us,” as our rabbi intoned from the bimah. Joining in fellowship with a role model—in this case one who showed uncommon courage and whose life story captures so much of our people’s travails and triumphs–can transform a commonplace ceremony into a transcendent experience. 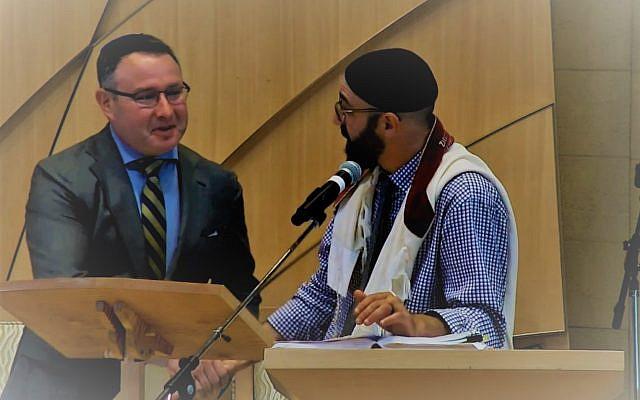 Creating the most impactful peoplehood experiences requires intentionality, authenticity and collaboration. Far more than a slogan, or an empty maxim, practicing Jewish peoplehood is akin to cultivating a shared consciousness and fashioning collective experiences.

Doing so can require sophisticated stagecraft and careful choreography. Done properly, it can pay huge dividends.

About the Author
Dr. Scott Lasensky, an author, teacher and former American diplomat, is a Senior Advisor with ENTER: the Jewish Peoplehood Alliance, an Israel-based nonprofit devoted to ensuring the Jewish people remain a global community that is united, secure and inclusive.
Related Topics
Related Posts
Scott Lasensky