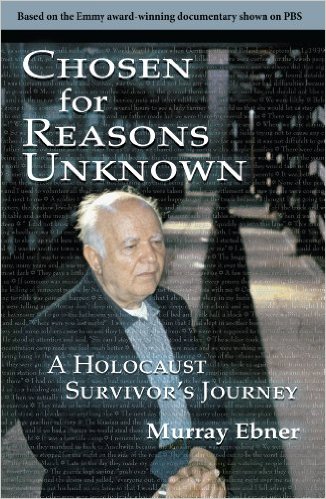 My friend buried his father today

When I was 13 I celebrated my Bar Mitzvah with my family and friends. We danced, snuck whiskey sours, and received many envelopes with cards and checks. I have fond memories of Grandpas and Grandmothers who are no longer with us, cousins with their mishegos (craziness) Uncles, Aunts, all in one room, on this day that I became a man. My fondest memories were of my parents now deceased being proud of their one and only son. I beamed in the light that they shined on me.

Today I watched my friend bury his Dad. Yes a very sad, and terrible thing that we all go through but this was different.

You see my friend’s father was a holocaust survivor. When he was 13 he was an orphan having lost his parents, and brothers to the Nazi horror. His childhood memories were of foraging for food with his father as they left their hiding place in the woods while being hunted by the Nazis.

Murray Ebner came of age while starving and barely surviving in one of the many death camps that he was in.

Murry Ebner was a pillar of our community a man who came to Columbus Ohio with literally nothing. The horror of his youth behind him he built a business and a family whose devotion to him is life affirming. The world is a better place with Murray Ebner having lived in it.

Murray Ebner a man whom I met casually, always had a smile, and warmth about him. His adoring family have that same warmth passed down from his soul.

This was a man who even after personally viewing and being the recipient of the worst of man’s inhumanity to man, still believed that man was basically good.

I would not have been so charitable.

You see even with the horrors of the holocaust, a lost childhood, the loss of his family Murray was blessed.

He survived to bring light to a world too often in the dark.

He survived so that he would be the father of 3 adoring children, and grandchildren to keep the promise of Jewish life Ldor Vador from generation to generation, alive.

Most of all Murray Ebner whose book that he wrote was titled ” Chosen for reasons unknown” survived to say to the hate, and evil in the world.