This being the days before Christmas, I want to tell my Christmastime story. It’s part of my long, long haul from being Christian to returning to Judaism. Call it a holiday baal teshuvah tale. If you’ve ever embarked on a wrenching transition in your identity — be it in faith, sexuality, politics or marital status — you might identify with this.

I grew up attending a Southern Baptist church in South Texas and I became fervent in my adolescent beliefs. While I am 100 percent Jewish, my religious upbringing was left to our Baptist landlady after my parents’ divorce. In high school, however, I reverted, bit by bit, back to Judaism, a self-made baal teshuvah (although I would not know the term for decades). Once I moved to Brooklyn after college, I threw myself into the moveable feast of Jewish life, exploring synagogues, Yiddish classes at the Workmen’s Circle, talks by the likes of Isaac Bashevis Singer and singles events. I couldn’t get enough of all the newness of Jewness. The chalk of Jewish learning gradually colored in the blank slate of my inexperience.

But I still struggled with my identity. What you learn and accept as a kid stays with you, I realized. Walking away took me to a long hard lonely road. So much of Judaism seemed foreign to me. While I had left Baptist belief and practice, that small-town religious culture was part of me. I couldn’t really talk about it; instead, I felt intense shame over something that had been thrust upon me. It took me decades to come to understand how common my situation was. I deeply identify with the way Chabad explains the meaning of becoming and being a baal teshuvah:

Today, most Jews are lacking in observance of Jewish tradition not by any fault of their own, but simply due to their upbringing. Torah observance lies at the very core of the Jewish soul. So as soon as a Jew has begun moving towards a Torah-observant lifestyle—even with one small step—he or she is a baal teshuvah.

As William Faulker wrote in his story Requiem for a Nun, “The past is never dead. It’s not even past.”

This sense of the tenacious past struck me at Christmas 1981. I was living in Brooklyn’s Cobble Hill neighborhood. I met a woman I liked, Beth, who lived nearby. She was Jewish and from Long Island. Beth invited me to meet up with a group of friends to go caroling in Carroll Gardens. I hesitated, although (or because) I knew the words to all of the songs. Against my gut instinct, I reluctantly agreed and joined her.

After a song or two, my anxiety was mounting. The singing brought back memories of those church days on the Texas-Mexico border. By the third stop on the tour, probably to sing something like “Oh Little Town of Bethlehem,” I told Beth, “I’m sorry, can’t handle this, I have to go.” I turned and walked away quickly.

This action left Beth utterly baffled. I called her to explain. To her, the songs were just that, songs expressing a festive feeling. For me, however, they had intense connections to faith and belonging. I couldn’t view them in a secular way — not even the secular ones with Jewish composers. She understood and we’re still friends.

Later, the same emotional storm blew up again. A girlfriend and I saw Robert Duvall’s 1983 movie Tender Mercies at a theater on New York’s Upper West Side. Duvall plays an alcoholic country-western singer who becomes a Christian and turns his life around. In a pivotal scene, Duvall is baptized, the full Baptist immersion treatment. People in the Upper West Side audience LAUGHED. This shocked me, because baptism is serious business. I know because I did it, too. I cried later at the sense of rejection of my roots.

I knew I needed to get some things off my chest. I soon had a heart-to-heart talk with the rabbi of the synagogue I attended in Brooklyn. For the first time, I laid out the whole story. I didn’t know what I expected, a bolt of lightning striking me right there in Cobble Hill?  His response? It’s OK, I had nothing to feel ashamed about. His reassurance, his chesed, flipped my attitude immediately. He said what I had needed to hear for the last decade. From that moment on, I could look ahead with confidence. But I could also accept who I had been and say, as I did to friends in Texas, “I’ve changed, that’s not what I believe now.” And I look back on the Baptist culture with a degree of affection and understanding. The past, even if painful, has its value. Past and current experiences give me a sense of empathy often lacking in the Polarized States of America.

And so while I won’t sing “Rudolph the Red-Nosed Reindeer”  or other classics, even by Jewish composers, I am willing to bellow “Hava Nagila” for you, or maybe that hot new version of Adam Sandler’s “The Hanukkah Song” by Kosha Dillz and Nissim Black.

Pulling that off would be a Jewish miracle! 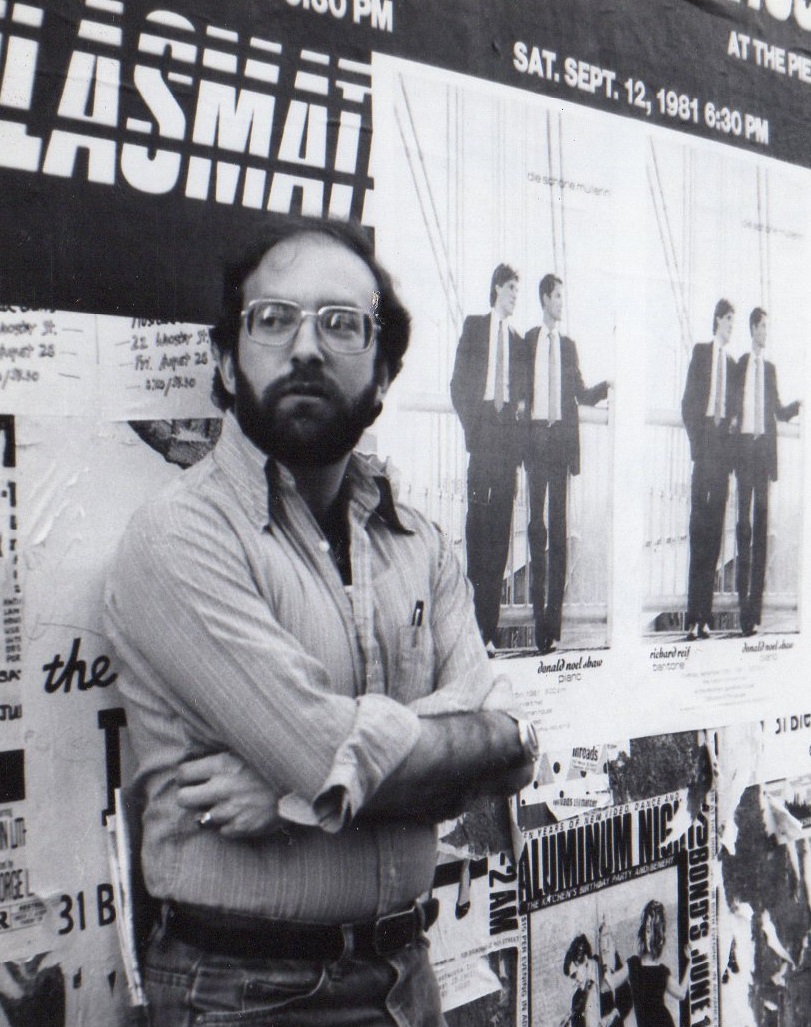 New Yid in town, September 1981. Photo by Van Wallach.
About the Author
Van "Ze'ev" Wallach is a writer in Westchester County, NY. A native of Mission, Texas, he holds an economics degree from Princeton University. His work as a journalist appeared in Advertising Age, the New York Post, Venture, The Journal of Commerce, Newsday, Video Store, the Hollywood Reporter, and the Jewish Daily Forward. A language buff, Van has studied Spanish, Portuguese, Russian, Yiddish and Hebrew, although he can’t speak any of them. He is the author of "A Kosher Dating Odyssey." He is a budding performer at open-mic events.
Related Topics
Related Posts
Comments