Meet Your Voice in Washington DC— And She Is No Stranger

For several years and thousands of words, we have become allies and more, friends. Whether it’s a discussion about improving education, knowing your local and state candidates or promoting the people and businesses of Judea and Samaria, I stood together in the past and stand together in the present and future in supporting Israel and world Jewry. 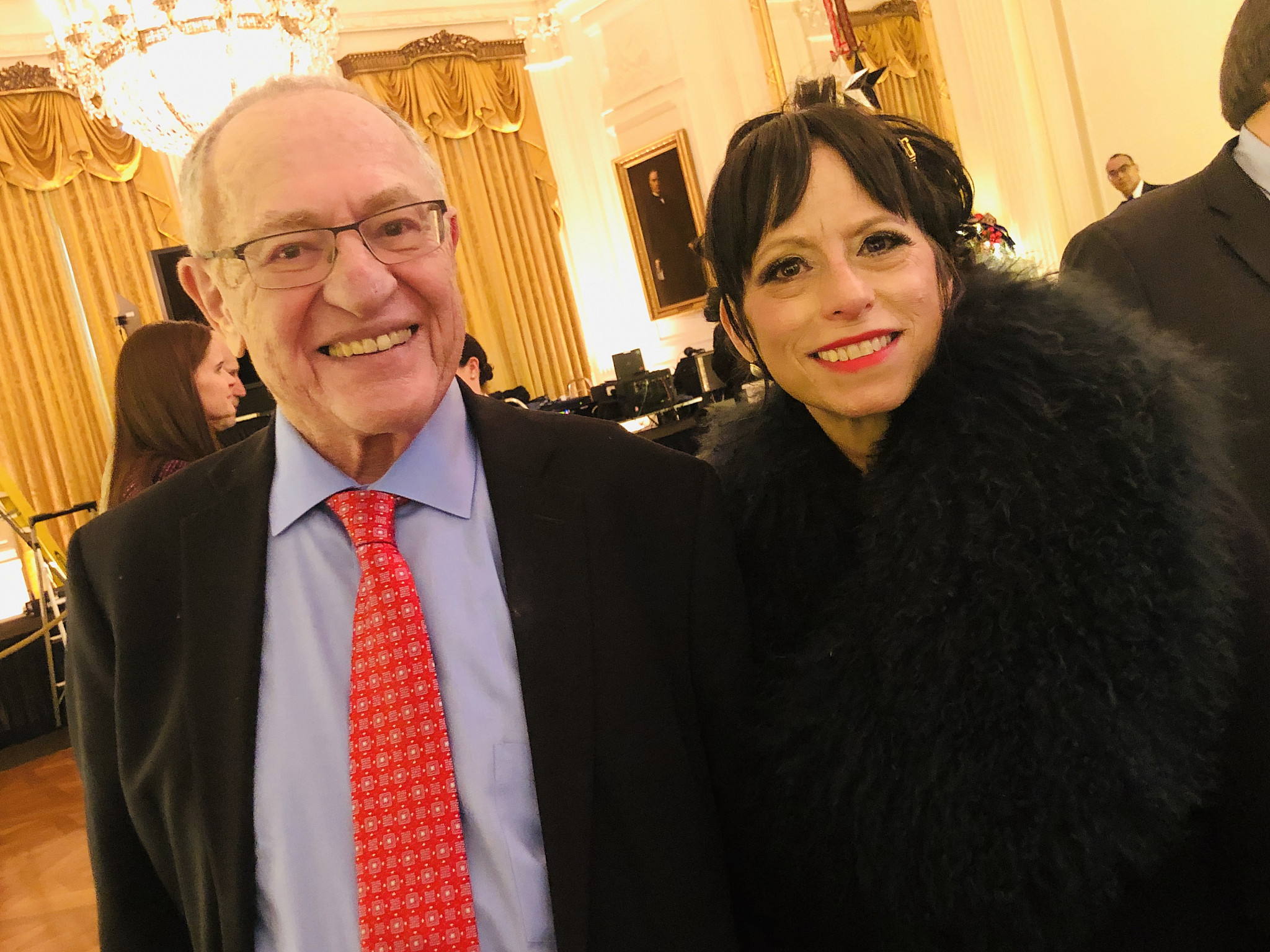 It is with pride and much excitement that I announce that I am running for Congress in New York’s 4th District. When elected, I will be the first Modern Orthodox Jewish woman from any party sitting in the House of Representatives.

You, my friends, will finally have a voice. You, my friends, will have a direct link to make a statement! You will be able to say, “ I knew Cindy Grosz when she worked tirelessly on opposing the Iran Nuclear Deal, her efforts to end the anti-Israel rhetoric in classrooms of all sizes, ages and learning environments. Grosz has taken us to many historic events through this column. We were front row with her at President Trump’s first inauguration, many meetings in both New York and Israel with Knesset members. She shared her story as being a VIP at the Jerusalem Embassy Opening and at the Executive Order Signing that focuses on Combating Anti-Semitism during the White House Hanukkah Party.”

Before I was a candidate, I was and still am a proud American Jew and Zionist! My dedication to my people has never waived.

Because of the rise in anti-Semitism and misrepresentations of Israel and Zionism, I feel compelled to do something, a strong action with historic affects for our people.

I am running for Congress from the fourth congressional district of New York, an area that includes the multiple Jewish communities including The Five Towns, Long Beach, Oceanside, West Hempstead and Merrick.

When elected, I will be the third Republican Jewish Congresswoman, first from New York. I will be the first Modern Orthodox Jewish woman elected from either party! 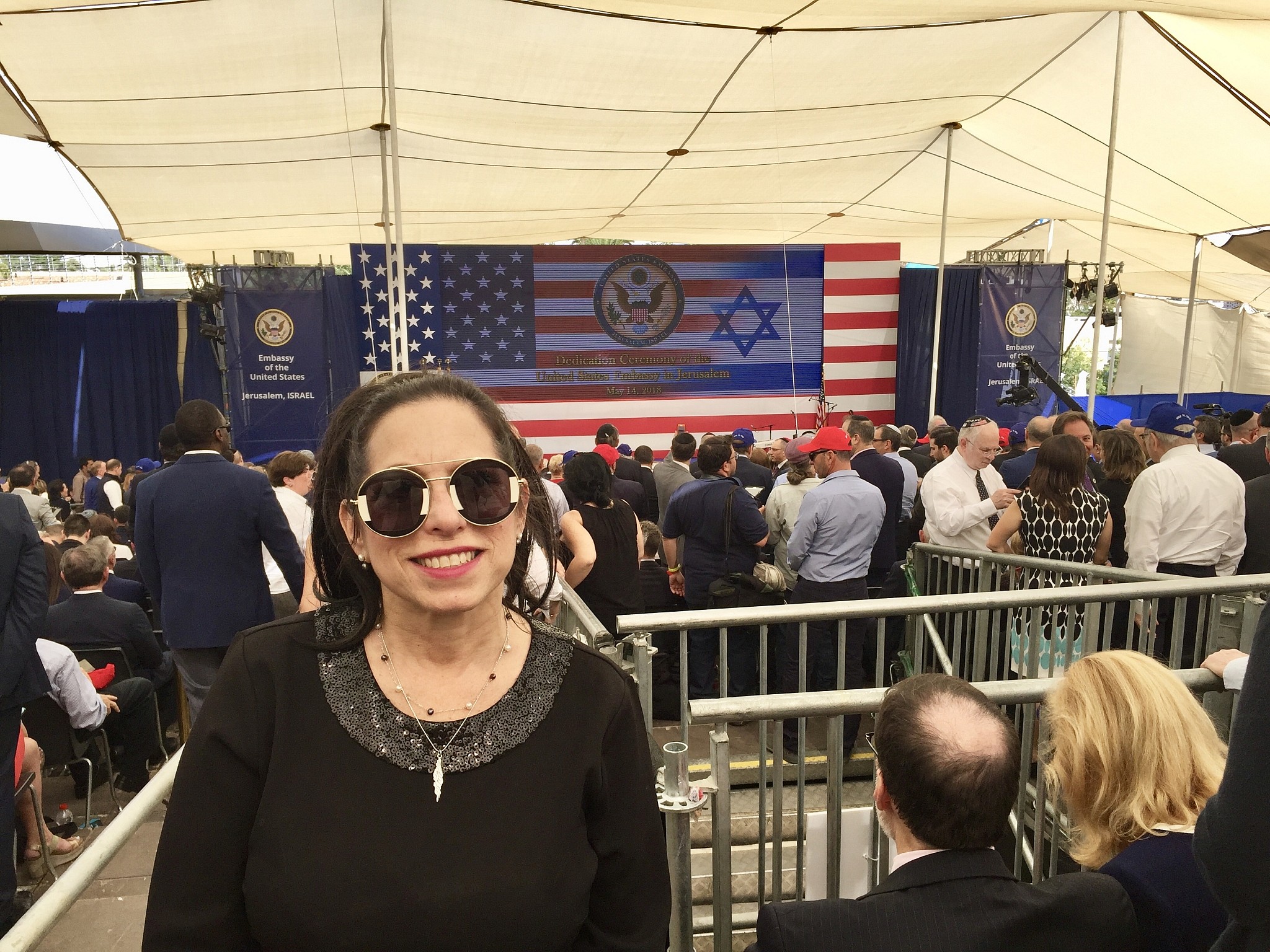 Grosz at the Jerusalem Embassy Opening In May, 2018

Historic and more important— a real voice for our people!

Many of you have stood side-by-side with me at many historic occasions and annual galas. Your support for me has ranged from building a Jewish Republican Voter Registration Drive to supporting wine companies from areas like Shiloh and calling out the Democratic elected officials who have done nothing about the words of hate from Omar, Tlaib and AOC.

My opponent is Kathleen Rice. She represents a small group that includes Max Rose, Grace Mang, Josh Gottheimer and a few others that claim they stand with Israel. Maybe they did once, but their voting records the past two years speak otherwise.

Not one of them have asked censures. When they had the opportunity to actually vote on a bill to fight anti-Semitism, they actually signed on to a watered-down version of a bill addressing hate. Not one attended the opening of the Embassy in Jerusalem, despite invitations. While they stand at press conferences and rallies about hate, their actions speak little about addressing the alarming Black-on-Jew violence instigated by their party.

Every other minority group has recognized the accomplishments of President Trump’s first administration. I laugh when a Jewish person states they hate Trump without a factual explanation why. Then, they admit, their retirement funds and stock portfolios have never looked better.

What are some of the areas I will prioritize to accomplish goals for us?

My first will be a tireless, outspoken voice for Israel and worldwide Jewry. Jews must be able to practice their religion anywhere around the world in a safe environment.

I will work to secure safety and security so that no student walking home from yeshiva, mother shopping for Shabbos food or grandfather walking home after munch a has fears of being punched, stabbed or worse just because they are Jewish. I will introduce legislation for harsher penalties for those that instigate or engage in hate crimes, even for something as simple as swastika graffiti. Anti-Semitism is not a joke!!

I will be at the forefront for education reform. I am no stranger to exposing discrimination in the treatment of Jewish students and staff, bringing attention to distorted classroom lessons that deny the Holocaust or misrepresent the history of Israel. And, school choice will be redefined in my legislation. School choice means just that, quality education in whatever learning environment one chooses.

As a Trump supporter, I will be a vote and a voice for democracies around the world. As someone with ties to Knesset leaders, heads of major Jewish organizations and Jewish public figures, I will use my platform to share the beauty of our people, our culture and our history.

I have key relationships with many non-Jewish Zionists. I have worked with Proclaiming Justice to the Nations on exposing which textbooks share opinions and not facts about Judeo-Christian Values. I have shared my experiences attending events with the leaders of the Friends of Zion Museum and Christians United for Israel. As a Jewish adviser on the National Diversity Coalition for Trump, I already have the contacts needed to rebuild severed ties with Jews and other minorities.

Many of you recall that several months ago, I initiated the Republican Jewish Voter Registration Drive and have explained the importance of registering as a Republican and voting in primaries and general elections for Republicans. The Democrats simply don’t want us. Stop letting them take our votes, our volunteering and our donor money for granted!!

I will be working directly with the Republican Jewish Coalition to jumpstart the drive in areas all over the country. There are a record number of Jewish Republican candidates.

I am the only Modern Orthodox Jewish Woman from either party and when elected the first Republican woman from New York.

There is no I in team. My win is your win. I need your help!