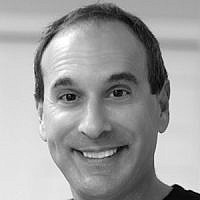 The Blogs
Sheldon Wolf
Apply for a Blog
Advertisement
Please note that the posts on The Blogs are contributed by third parties. The opinions, facts and any media content in them are presented solely by the authors, and neither The Times of Israel nor its partners assume any responsibility for them. Please contact us in case of abuse. In case of abuse,
Report this post. 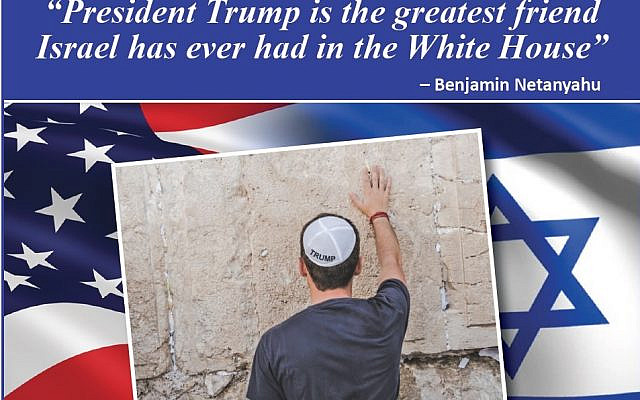 Paying attention to ominous signs could have saved countless lives over the millennia.  This assertion is as true today as it was 5,000 years ago.  Throughout our long and ofttimes troubled history, Jewish people have been slow to recognize and act against approaching danger, ignoring warning signs which in hindsight were painfully obvious.  The most significant and troubling change seen today in U.S. politics is how the momentum of the Democrat party has swung to the Left over the last 20 years. Growing up in both Florida and New Jersey, every Jewish person I knew was a Democrat.  My parents, grandparents, Rabbis, Sunday School and Hebrew teachers were all Democrats. The thought of being a Jewish Republican would have been a contradiction in terms, an oxymoron. Democrat politicians knew this too and took Jewish voters for granted in much the same way they take Black voters for granted.  Little has changed.

For months, many Democrat-led cities have been victimized by violent protests, rioting, vandalism, and looting. It’s no coincidence that this violence is not happening in Republican-led cities where law and order are of the highest priority.  The words “Law and Order” are not uttered by the Democrat Left in the same way former President Obama would not utter the words “Islamic Radical” even when terrorists were shouting “Allahu Akbar” while shooting innocent victims in a nightclub in Orlando or the Hypercacher Kosher supermarket in France.  The writing on the wall tells us the civil unrest we are now seeing is a perfect storm for breeding antisemitism. Just last week, protesters in the most upscale area of my hometown took over the outdoor tables of diners who were out to enjoy an evening meal. One protester wearing a Tallit, loudly blew a Shofar in the face of the diners. How timely that this happened during Aseret Yemei Teshuvah, the Ten Days of Repentance, between Rosh Hashanah and Yom Kippur.

Even during the Obama / Biden years, when Israel was treated with such enmity, most Jews were scarcely aware of what was happening in their own political party.  One might have thought when Obama / Biden orchestrated the disastrous UN Resolution 2334 in December 2016, there should have been an outcry from Jewish organizations and the greater Jewish community.  This Resolution condemning Israeli settlements, ignored Hamas violence and even claimed Jerusalem was not part of Israel. Jewish groups were for the most part silent.

The recent announcement of normalization of relations between Israel and the UAE and Bahrain is a historic breakthrough lauded by everyone. We expect even more Arab countries to join in normalizing relations with Israel, a situation that the Obama administration claimed would never, ever happen. However, Democrat-led Jewish groups, while celebrating the breakthrough, are careful to avoid giving due credit to the leadership of the Trump administration which is solely responsible.  Many believe this is the beginning of real peace in the Middle East.

Why such a change?  For the five decades after Truman gave diplomatic recognition to Israel, congressional support for Israel was bipartisan.  However, the ascendancy of the Left Wing or Progressive movement of the Democrat party, along with the less sympathetic attitudes of liberal Democrats towards Israel as related to the Palestinians, has led to hostility toward Israel even among the more moderate Democrats.  Numerous Democrat politicians now demand we condition US military aid to Israel on her return to her 1967 indefensible borders. If the Progressive wing of the Democrat party continues to grow, it will spell problems for Israel, a continued rise in world antisemitism, and trouble for the future of the Jewish people.  The writing on the wall is clear.

The fact that the world’s only Jewish State has conditional support, at best, of the majority of Jews in the U.S. is indeed a dilemma. Most Democrat Jews I know will say they support Israel but don’t understand that their vote for Democrat politicians imperils the very future of the Jewish State. Sadly, the Democrat party of our parents and grandparents is no longer the Democrat party of FDR, JFK, or even Bill Clinton.  If you’re Jewish and concerned about the future of Israel and the Jewish people, I urge you to wake up and realize it’s the Republican Party that stands shoulder to shoulder with Israel and the Jewish people.  The writing on the wall is clear to anyone who chooses to read it.

About the Author
Sheldon Wolf is founder and former CEO of Spellex Corporation, an international software development company based in Tampa, FL. The company develops Assistive Technology software to help students and adults with learning disabilities improve their writing and comprehension skills. Sheldon has a degree in music education and has been published in Men of Reform Judaism magazine and technology industry publications. His hobbies are international travel and cycling.
Related Topics
Related Posts
Comments