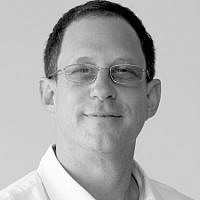 We all know, deep in our hearts, that this wave of violence—from within and from outside our borders — was not inevitable and completely preventable.  So was the tragedy at Miron and so many other casualties of our broken politics. And after Hezbollah eventually blows up the gas rig off Zichron Yaakov and Hamas hits the katza oil depots in Eilat and Ashkelon, we will know then that these, too, with the massive loss of life, would have been completely preventable.

The smoke rising from riots in our cities, our power plants and from Gaza pollutes not only our air, but our souls and the character of our nation.  The supermajority of citizens want to live together in peace and in good health as sisters and brothers.  But we have pollution in the air, water and land precisely because we have pollution and toxins in our politics. Political pyromaniacs cannot be ethical leaders. And they certainly can’t be relied on to be swift fire-fighters, since pulling the fire alarm scattered our members of Knesset and the formation of an alternative government.  And we all know it.

The warning signs have been there all along but we chose to ignore them, as we haplessly kept going to the ballot box.  From an environmental perspective, a leadership willing to sell out the future of our children to oil and gas companies does not value human life. Yet that is precisely what the pyromaniacs have done, putting our lives at risk so that the gas monopolies can continue unchecked.  Unchecked monopolies exist not only for fossil fuels but also in our politics and they are related.  And the human cost keeps going up:  whether it is the over 2,000 Israeli citizens — Arabs and Jews — who die from preventable air pollution every year, or the innocent civilians — Arabs and Jews — attacked this past week on the streets and their cars burned. Or those 9 kids in Gaza who will never breathe again.

If our leaders can get away with blatantly unethical behavior it poisons the confidence of our people, especially the weakest segments of our society, in the authorities, the police and the democratic political process.    Arab society was finally, finally on the edge of political legitimization until the fire alarm was pulled on Jerusalem Day during Ramadan, desecrating both.

If the leadership does not have respect for law or manipulates the system for personal gain, why should its citizens believe in the state and its institutions?  Restoring order thru a show of force is only a temporary solution; the only way to truly restore order is to restore trust and the promotion of the concept of the common good.

Theodore Herzl, writing in Old New Land, describes his vision in which there is complete social, economic and political equality for Arabs and Jews in his future state.  His Israel is also a country that is 100% powered by green energy with electric transportation.  We have failed Herzl on these two important fronts, allowing our land and our political culture to be polluted.