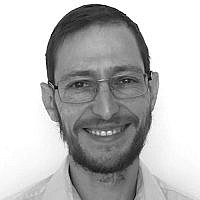 The Blogs
Danny Eisenberg
Apply for a Blog
Advertisement
Please note that the posts on The Blogs are contributed by third parties. The opinions, facts and any media content in them are presented solely by the authors, and neither The Times of Israel nor its partners assume any responsibility for them. Please contact us in case of abuse. In case of abuse,
Report this post. 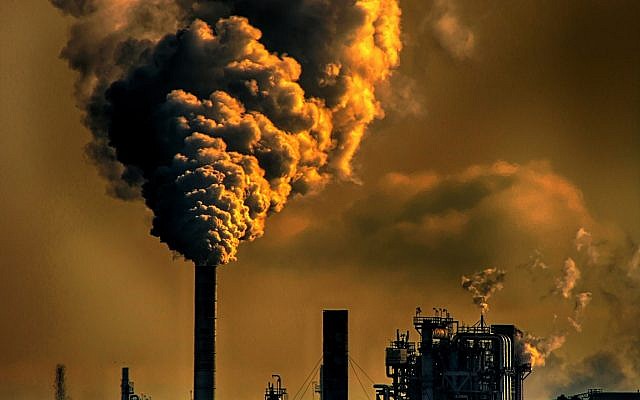 Photo by Chris LeBoutillier from Pexels

So denial is no longer an option. What is a Jewish response? (Part 2 of 3)

In this series of posts we are examining how we – as Jews – should respond to Climate Change. In our first post, we discussed the debate about whether or not Climate Change is happening. We concluded that denial doesn’t seem so viable anymore and we have reason to be concerned. The question now is how concerned we should be.

We will now try to formulate an authentically Jewish approach to the issue, seeking to base ourselves on Judaism’s own classical texts. Of course, we won’t expect to find anything discussing Climate Change itself, but we might be able to get a sense of what Torah sources have to say about protecting the environment in general and what implications this has for Climate Change.

The fundamental issue we will now address is the following:

Judaism teaches that God created an amazing world and gave it to mankind. He is the Creator and also the Maintainer of the world. He presented us with a whole range of moral and spiritual responsibilities to perform in the world. Is physically protecting the environment part of our responsibility, or is that God’s job?

If it’s God’s job, then Climate Change is simply not our business. It’s presumably out of our hands. On the other hand, if we are responsible for protecting the environment, then we have to consider what our role is with regard to Climate Change.

When most people want to know the Biblical approach to the environment, they usually start and end with the very opening chapter of Bereshit (Genesis). After God creates the first human beings, He addresses them with the following:

“Be fertile and increase, fill the earth and master it; and rule the fish of the sea, the birds of the sky, and all the living things that creep on earth.” (verse 28)

The conclusion many make is that God is giving humanity free rein to do as it wishes with the world. They assume that maintaining the world is God’s job, not ours. However, as we shall see, it is certainly not so simple…

In the very next chapter, the Torah presents a very different picture:

And God took the man that He had formed and placed him in the garden to work it and to protect it (לעבדה ולשמרה). (Genesis 2:17)

The Midrash expands on this:

When God created Adam, He took him around to all the trees of the Garden of Eden and told him, “Look at how beautiful My creations are. All that I created, I created for you. Pay attention that you do not ruin and destroy My world, because if you ruin it, there is none who will come to fix things up after you…” (Kohelet Rabba 7:13)

This looks pretty clear, then, doesn’t it? We have been entrusted with protecting the world we have been given.

What kind of ruin are we supposed to prevent?

Still, all is not settled. It is not clear from the Midrash what kind of damage we must protect the world from. When the Torah speaks about ruin and destruction, it is usually described as being the result of moral or spiritual decay, i.e. sin and evil, not wasteful industrial practices. Take the Flood, for instance. There it is very clear that it is mankind’s evil and corruption that prompts Hashem to destroy the world and start again (Genesis 6:5-7)

This was actually the viewpoint I myself took. Accordingly, all the above Midrash is instructing us is to follow the Torah’s moral and spiritual direction. If we do that, everything will be just perfect. Active intervention to save the planet is unnecessary, or worse still, could even show a lack of trust in God!

On the other hand…

Even though the above viewpoint sounds like a very frum (religiously devout) position to take, apparently it doesn’t stand up to scrutiny.

For example, the Torah forbids hunting a mother bird together with her chicks or eggs (Deuteronomy 22:6).  It also forbids slaughtering a mother animal and her child on the same day (Leviticus 22:28). The great biblical commentator, Ramban (Nachmanides), suggests that, in both cases, a possible rationale is to ensure the preservation of the species. This is particularly relevant for our discussion.

According to the “frum” viewpoint, our physical consumption practices shouldn’t make any difference to the world as long as we keep our spiritual duties. Clearly, however, the Ramban didn’t assume that spiritual activity on our part would necessarily be enough. According to him, our physical actions have the power to damage the environment and have to be regulated.

The best-known environmental-related law is that of “Bal Tashchit” – that one may not cut down fruit-bearing trees, even as part of an important military operation (Devarim 20:19-20). The Sages expand on this and prohibit wasting anything at all if there is no significant benefit from doing so.

Now, according to the “frum” viewpoint, all this means is that God gave us the world to use and not to waste. However, the medieval work, Sefer HaChinuch (mitzva #529), takes this much further:

“The root of this commandment is well-known – it is in order to teach our souls to love good and benefit and to cling to it. And through this, good clings to us and we will distance [ourselves] from all bad and destructive things. And this is the way of the pious and people of [proper] action – they love peace and are happy for the good of the creatures and bring them close to Torah, and they do not destroy even a grain of mustard in the world. And they are distressed by all loss and destruction that they see; and if they can prevent it, they will prevent any destruction with all of their strength.”

In other words, the Sefer HaChinuch sees Bal Tashchit as teaching us that God wants us to employ physical means to protect the world from ruin, not just spiritual means.

So what does this mean in practice?

It’s worth pointing out that most environmental destruction is carried out in the interest of human benefit. If the benefit weighs up reasonably against the damage caused, it would seem to be entirely legitimate. How to make the calculation of what level of damage is justified in each situation is a complex undertaking. I would argue, based on the Ramban, that consumption levels have to be sustainable in order to be justified.

What if the level of damage is unjustified?

The nature of Judaism is to mandate halachic (Jewish legal) obligations upon the individual and the community. If certain activities generate a level of damage which is clearly unjustified, then – in principle – Rabbinic leaders should outlaw or at least publicly discourage those activities, and hopefully individuals will follow those rulings. Whether or not things play out this way in practice depends on many factors, too numerous to discuss here.

In cases of exceptional need, some Rabbinic leaders may go even further and encourage activism of one form or another, although this is relatively rare.

So what about Climate Change then?

In our final post on this topic, we will turn our attention to Climate Change specifically and examine how it should be approached.

Based on our discussion so far, we might simply view Climate Change as just another example of damage caused by our problematic consumption practices. In that case, I would argue we should follow the process described above:

As individual Jews, we would also need to ask what we are meant to do. Is this perhaps an area where some kind of activism would be called for?

At the same time, we also have to consider an alternative possibility to the above. Because of Climate Change’s global proportions, and because it is a problem so difficult to solve (at least from a political perspective), could it be that Climate Change is actually an expression of God’s will, not something we are capable of changing? And how would we know?

These are some of the questions we’ll address in our final post of this series.

About the Author
Rabbi Danny Eisenberg is an Orthodox rabbi living in Sydney, Australia. Having studied many years at Yeshivat Har Etzion, he received ordination from the Israeli Chief Rabbinate. He has served as Rosh Kollel Torah Mitzion in Sydney and worked in the rabbinate and Jewish education for a decade. Currently a member of the Sydney Kollel, he works part-time as a software developer at the Australian Research Council Centre of Excellence for Climate Extremes.
Related Topics
Related Posts
Comments