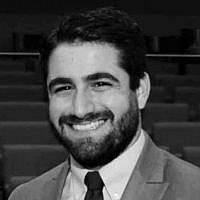 You don’t have to agree with Hillary Clinton and her policies to appreciate the historic importance of her nomination as the Democratic nominee for president. You may argue that “what matters is what is between their ears, not between their legs,” but American history would disagree. Women have only had the democratic right to vote for 96 of America’s 240 year history. It was not until 1978 that a woman was elected to the US Senate. It was not until 1981 that a woman was appointed to the US Supreme Court. It was not until 2007 that America had a woman serve as Speaker of the House. And in 57 presidential elections, no woman has ever run for president on the ticket of a major party. Until now. So you don’t have to like Hillary Clinton or her political beliefs, but to deny the importance of her breaking the glass ceiling is a disservice to equality and opportunity for women not only in America, but around the world.

Israel’s women in politics have faced similar difficulties to their sisters in America. Like most democracies, Israel’s is dominated by men. Just as women in America make up less than 20% of Congress, less than 25% of Israel’s Knesset is represented by women. While western democracies are the most socially progressive societies in the world, this is unfortunately the reality of the world we live. The disproportionate shortage of female representation in our government highlights the importance of having women rise to the highest levels of politics.

The night she was officially nominated, Hillary Clinton alluded to another important point in her breaking the glass ceiling. While we look at our nation’s history and how we got here today, this historic event is just as much about the future as it is the present. History shows us that when one woman breaks the glass ceiling, she clears the way for the women of the future. Sirimavo Bandaranaike of Ceylon/Sri Lanka broke the glass ceiling to be the first female head of government in 1960. Since then dozens of women from dozens of countries have been elected government leaders, most recently, Theresa May of Great Britain.

Israel’s gender-blindness was put to the test in 1969 when Golda Meir became the 3rd woman in the era of modern democracy to be elected head of government. What makes Golda Meir’s accomplishment so remarkable is that it came in a time where there was not even a single female US Senator, and that she was in a region of the world where to this day women’s rights are oppressed. Meir set a standard for the world that in a hostile region ravaged by war, women can, and will, lead. She set the stage for future Israeli female leaders in like former Foreign Minister and Tzipi Livni (who almost became Prime Minister in 2009) and Zionist Union leader Shelly Yachimovich. According to Vice President Joe Biden, Golda has inspired Hillary Clinton too. “Hillary just wants to be Golda Meir” he was quoted saying Jeffery Goldberg in The Atlantic.

To be clear, this is not a call to elect representatives based simply on their number of X chromosomes. Rather it is a call to understand the historical context of what Hillary Clinton has just accomplished. Clinton’s nomination makes her the closest women to sit in the oval office. She could be the first president to have a position on women’s health and a woman’s right to choose based on personal experience rather than a policy opinion. If elected, she will help void the gap of disproportionate representation America’s women are stricken with. Most importantly, she has allowed every young girl in America to grow up in a generation where a woman running for President is a reality rather than a dream.