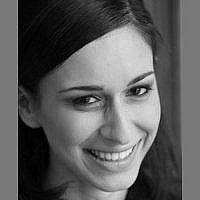 The Blogs
Jessica Cutter
Apply for a Blog
Advertisement
Please note that the posts on The Blogs are contributed by third parties. The opinions, facts and any media content in them are presented solely by the authors, and neither The Times of Israel nor its partners assume any responsibility for them. Please contact us in case of abuse. In case of abuse,
Report this post.

While this may be my first official post on this medium, the truth is I have been writing this post in the deepest part of my soul for almost 20 years. From the Sbarro Massacre in 2001, to the Old City murder of Eli Kay z”l in 2021, and now — to the countless acts of terror that have swept Israeli towns of all kinds – from Hadera, to Beersheva, to Bnei Brak and now Tel Aviv. In a time when nowhere seems safe, now even your own shadow seems suspicious. I see these shadows as I drive past Cafe Naaman on the corner of King George and Jaffa Street in Jerusalem, where Sbarro’s pizza once sat – bustling with people. I see these shadows when I enter the old city through Jaffa gate, and now – I see those shadows, still warm from the terror, from tonight’s massacre at Ilka Bar on Dizengoff street.

I can sense the phones buzzing all around me – friends checking in on loved ones, mothers calling their children who typically go out on a Thursday night to let loose and have some fun. One by one, each of these phones that buzz is met with a sigh of relief — they are okay. But what about the ones that aren’t? What about the two young people who were killed whose mothers, fathers, siblings, reach out to see if they are okay and get no response. Social media is full of people reflecting on what has happened, feeling the human need to connect with the outside world about the emotions within. “My husband works right around the corner from Ilka Bar on Dizengoff”; “My cousin was supposed to be in Bnei Brak that night for a wedding right around the corner from the shooting.” It’s the posts we don’t see that live in my mind, not just tonight when things are fresh, but every. single. day.

On a street filled with restaurants and bars what made two people in their 20s lucky enough to choose the bar next door to Ilka and go home tonight scared but safe, and what made two other people in their 20s choose Ilka and the end result – a completely different fate? It is the unanswered text message – sent to check in on a loved one who frequents the area of the most recent terror attack that scares me to my very core.

As a staunch Zionist with immense pride in being a Jew and an Israeli and with incredible confidence and pride in our army, I’d like to say that this post will now turn a corner and become a more hopeful and upbeat piece of inspiration. But tonight – as has been the case for too many nights of late, we as Israelis pull our security blankets tighter around us, try to find some semblance of calm within our minds and our hearts, and check and lock our doors one extra time before trying to put this day behind us. Tomorrow’s newspapers will share the story of those who were murdered and injured in tonight’s attacks — tonight we all mourn the “what ifs” and pray for the lives of those who are fighting for them in hospitals in Tel Aviv and nearby.

About the Author
Jessica Cutter made Aliyah on the Nefesh B’Nefesh July 24, 2018 charter Aliyah flight with her husband Azi and four children from Long Beach, N.Y. Since its founding in 2002, Nefesh B’Nefesh, in cooperation with Israel’s Ministry of Aliyah and Integration, The Jewish Agency for Israel, Keren Kayemeth Le’Israel and JNF-USA, has facilitated the Aliyah of over 66,000 North Americans to Israel. Jessica, a life long avid Zionist is currently Associate Director of Development at Shalem College in Jerusalem and lives in Modiin with her family of six.
Related Topics
Related Posts
Comments