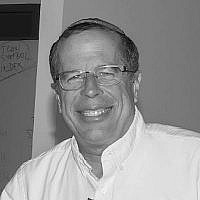 The Blogs
Katriel Reichman
Apply for a Blog
Advertisement
Please note that the posts on The Blogs are contributed by third parties. The opinions, facts and any media content in them are presented solely by the authors, and neither The Times of Israel nor its partners assume any responsibility for them. Please contact us in case of abuse. In case of abuse,
Report this post. 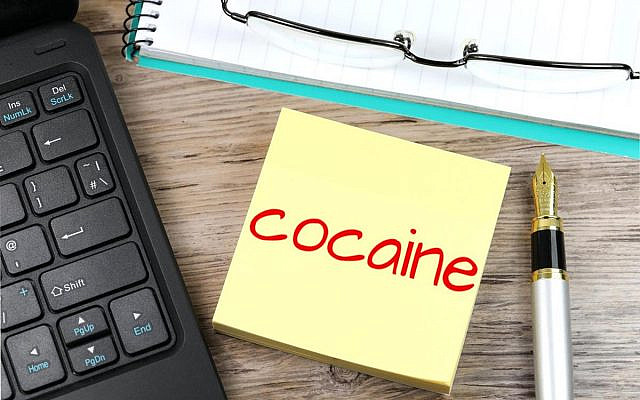 Cocaine and the Jews

To some of us, the phrase “cocaine and the Jews” sounds like it should have a question mark at the end of it. Not so to Dr. Arnold Washton, an addiction psychologist who practices in New York and New Jersey. While substance abuse has increased during the pandemic, Dr. Washton reports meeting and treating Jewish cocaine abusers from the 1970s. During the coronavirus period, there has been a sharp uptick in substance abuse.

While treating patients in an addiction treatment clinic in the East Harlem section of New York City, Dr. Washton saw the demographic profile of the clinic’s patient population change dramatically. Initially, most patients were unemployed and underemployed people of color from New York’s worst neighborhoods. Over time, increasing numbers of well-educated, middle-class, Jewish men and women from stable families came seeking help. Some came from wealthy suburban families and were spending enormous sums of their parents’ money on heroin and other illegal drugs.

Why do we think that Jews are somehow inoculated against cocaine abuse?

In the popular imagination, certainly among non-Jews, Jews are somehow less likely to become alcoholics or other substance abusers.

[THE JEWS ] are always sober, and this virtue should be conceded: drunks are rare among Jews.’
– Polish noble and social reformer Antoni Ostrowski, 1834

a Jewish drunk is hard to find
– Father Karol Mikoszewski, Sermons on Drunkenness, 1862

Jewish communities may have had an interest in downplaying the prevalence of alcohol abuse. After all, the Polish and Russian landlords often entrusted them with managing taverns and liquor licenses because of the Jewish reputation for sobriety.

Jews had a more realistic grounding about alcohol problems among Jews

Yiddish literature is replete with less than complimentary descriptions of the relationship between Jews and alcohol.

when the vodka is poured into them, and the hot knishes are put on platters, and these are set before a band of hungry and thirsty Jews, there is no telling what may happen…
S.Y. Abramowitsh, The Brief Travels of Benjamin the Third, 1878

While there was no Jewish equivalent to the temperance movement, Rabbis often complained about drinking problems in their flock.

I have noticed that many people in this region are so enslaved to their appetites that immediately upon awakening, hours before dawn, they believe they will die if they do not drink hard liquor.
Tzvi Hirsch Kaidanover, Kav ha-Yashar, 1705

From alcohol abuse to cocaine addiction

In general, Jews were not addicted to cocaine or opioids before the 20th century because of availability. Alcohol was widely available and often inexpensive. Once cocaine became pervasive, Jews – like every other group – joined the ranks of the cocaine abusers.

Why do people from educated, middle-class backgrounds choose cocaine?

Cocaine has a peculiar quality that makes it especially attractive to many people with solid middle-class values; it seems to the user to be a drug that can be controlled. Its prompt, dependable, enticing effects last no more than 20 to 30 minutes after each dose. There is no loss of mental faculties, no feeling of  “being out of it”. On the contrary, the most sought-after effects of the drug include feelings of being alert, in charge, stimulated,  and sociable — at least at the beginning of use.

Trapped in the feeling

While the brief effects of cocaine give the user feelings of being in greater control, it is this very characteristic of the drug that leads to repeated, compulsive use. In order to maintain the euphoric feelings, the drug must be taken at least every 20-30 minutes. Nearly every one of the initial pleasurable aspects of the drug will reverse with chronic use. Although the cocaine-induced experience may be extremely pleasant at first, thus encouraging repeated use, it can become extremely negative and even seriously debilitating with continued use. Many individuals stop using the drug when it no longer “feels right”, but others find themselves snared into a vicious pattern of trying desperately to recapture the long-vanished euphoria and needing to quell the increasingly negative effects that accumulate with continued use.

Cocaine abuse has become rather casual in many social circles. Many people feel chic using the drug and powerful offering it to friends, lovers, or even employees. When your colleagues and friends are using cocaine, starting from casual use to full-blow addiction is more common than you might think. 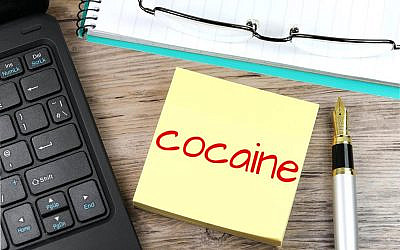 Once contain use starts, it often leads to the abuse of other drugs. After the brief “high” or euphoria wears off in 20-30 minutes, the user is left feeling agitated, depressed, irritable, and restless—an after-effect commonly referred to as the cocaine “crash”.  If supplies of cocaine have been exhausted, the “crash” motivates the user to get rid of these unpleasant feelings and the most reliable way of doing this is to take depressant drugs such as alcohol, sleeping pills,  tranquilizers, or even heroin. With escalating cocaine use, many users become simultaneously dependent on one or more of these other drugs, Alcohol abuse is especially common among heavy users of cocaine.

In Dr. Washton’s substance abuse recovery practice in New York and New Jersey, he sees just how deeply alcohol and drug dependency has become among middle and upper-class Jews. Practicing Jews are not immune. Dr. Washton reports treating a substantial number of highly religious, Orthodox Jews and even members of the Hassidic community who had become severe intravenous drug abusers and debilitated addicts.

Similar to the alcoholic, a major obstacle to treating someone with a cocaine abuse problem is the individual’s denial that the problem exists. This denial makes the individual resistant to help and leads to a progressive worsening of the problem. Since drug addiction is considered such an abhorrent and uncharacteristic behavior for a Jew, the exaggerated stigma serves to heighten the denial, not only by the individual with the problem but also by family and friends. This increases the resistance to seek help and utilize available treatment resources. Unfortunately, the traditional notion that Jews are less vulnerable to alcoholism has, by extrapolation, intensified their denial about drug abuse as well. Jewish pride can be an enormous asset, but in cases of drug abuse, it may perpetuate a  course of behavior leading to extreme personal tragedy and even death.

Cocaine abuse may be the most pervasive and fastest-growing drug problem among Jews today. The upper-class image of cocaine, the continuing myths about its harmlessness, and a cultural atmosphere that encourages its use, have heightened the drug’s appeal to large numbers of Jews and non-Jews alike.

Jews must be helped to overcome their feelings of being invulnerable to drug problems. For a people who pride themselves on a heritage of education, enlightenment, and humanistic concern, Jews must now vigorously address this growing problem in their midst.

For many, if not most individuals who become dependent on cocaine, professional treatment will probably be needed at some point. Treatment is indicated when the person is unable to stop using the drug in spite of physical, psychological, or social problems resulting from the continued drug use.

Unlike heroin or alcohol, cocaine use can be stopped abruptly without risk of a dramatic withdrawal syndrome and without substitute drugs or a gradual weaning process. For many people, outpatient treatment is a variable option.

Unlike people who abuse alcohol, where learning to drink moderately may be an option, for people who abuse cocaine, the goal must be total abstinence. The treatment must require immediate and complete cessation of cocaine use. A treatment goal of returning to “occasional” use is not only unrealistic but potentially dangerous for anyone who has been dependent on the drug. Attempts to reduce rather than discontinue cocaine use may be temporarily successful in some cases but usually, lead back to heavy use and additional drug-related consequences that may have been avoided via complete abstinence.

Where to get help

I had the pleasure of learning from Dr. Washton and his experience treating Jewish alcoholics, Jewish cocaine addicts, and Jews dependent on opioids. His practice includes physicians, lawyers, finance executives, and other professionals. If you need help with substance abuse, consider reaching out to Dr. Washton.