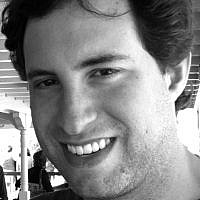 I just wanted to write a (by my standards) quick post to note that August 23 and 24th, 2015 — which as of this writing represent the day before and morning of the authorship and submission of this piece, respectively — is the 86th anniversary of Tarpat, the 1929 massacre of part of the Jewish population of Hebron and the ethnic cleansing of the remnants of that community.

While there have been many pogroms throughout history and no shortage of anti-Jewish violence in the Holy Land in the last century, this tragic atrocity and the many like it have always stood out to me because they starkly discredited the claims that Arab-Jewish, and wider Jewish-Muslim, tensions had “begun with the establishment of the State of Israel in 1948,” as this article from CAMERA shows.

The events in Hebron in 1929 are so hard to explain away that even the BBC and Haaretz, two media organizations famously devoted to “nuanced” viewpoints and discussions of Arab-Israeli affairs, have found it difficult to find the kind of extenuating circumstances that so often mark their coverage there.