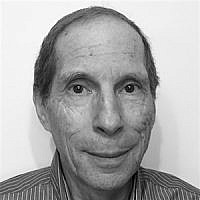 The Blogs
Nachum Jacobs
Apply for a Blog
Advertisement
Please note that the posts on The Blogs are contributed by third parties. The opinions, facts and any media content in them are presented solely by the authors, and neither The Times of Israel nor its partners assume any responsibility for them. Please contact us in case of abuse. In case of abuse,
Report this post.

There is a high likelihood that either you or someone you know has had cold or flu like symptoms in the last 4 months. The Fall and Winter are the time when the living space becomes dry with a low humidity. Heat pumps reduce humidity in the heating phase and cold air contributes to dry air. The effects of this environmental duo is to reduce the wet mucous membranes in the respiratory tract which decreases their natural defenses against bacteria and viral infections.

A living space that has 40-50% humidity is a healthy environment and should be the goal for good health. There are many options to accomplish an increase in humidity in your living space. You can boil a pot of water, purchase a personal humidifier, or fit a humidifier to your heat pump. When using a personal humidifier, cold or warm, remember it is not designed to humidify a room but only the close vicinity of the user. Keeping your room temperature comfortable and humidified is the first physical defense against upper respiratory infections in the winter months. In addition to outside humidity you need hydration for the inside of your body. Fluid intake is very important to maintain wellness throughout the year. The colder months, like the hotter months, require proper hydration.

The two most common respiratory infections from September to April are the common cold and seasonal Influenza.

The usual symptoms of seasonal influenza are fever, chills, headache, muscle aches, fatigue, coughing and sometimes vomiting and diarrhea in children. The common cold may present with some of the same symptoms as the flu, but are usually milder and of a shorter duration. A runny nose, is the predominate symptom of a cold and usually does not result in a serious health problem such as pneumonia, or other bacterial respiratory infections and hospitalization which is often the case with seasonal influenza
.
The mortality rate of the Influenza Virus is highly dependent upon the age, and immunity that a person has against the particular virus type causing the infection.

This year is the 100th anniversary of the Flu pandemic of 1918-19 which has been described as the most severe pandemic in recent history. (Center of Disease Control and Prevention (CDC- USA ). An Influenza “pandemic” is a global outbreak of a new Influenza virus that is very different in its gene configuration from previously circulating flu viruses. It was caused by a H1N1 virus with genes from an avian(bird) origin. It was identified in the spring of 1918 and eventually killed 50 million people and infected a total of 500 million throughout the world. In the United States 675,000 deaths occurred. The range of mortality was high in children under 5 years of age, 20-40 years old and 65+ years old. My mother was infected as an infant and survived, Baruch Hashem.

Thankfully the seasonal Influenza virus (September-April) has been monitored and updated with yearly changes to the viral composition of the vaccines that are used to enhance our immunity to the Flu. Typically, seasonal flu deaths ,when they occur, are in the 70-90% of the non-immunized population.

Influenza viruses have changed their genetic composition and vectors in the last 10 years resulting in 9 modifications of the vaccines produced as a biological defense against their life threatening effects on mankind. In Israel, the 3 types of Flu viruses that are in the vaccine are B, A(H3),and A (H1N1)pdm09, which was discovered in 2009. That virus was transferred from pigs to man and is named Swine Flu. During the period of September 2015 to April 2016, 20.9% of the eligible population in Israel were immunized against the flu and 66% in the ages 65+. Screenings of the population showed 56.5% had positive results for type B, 43.5% Type A and 98% of the type A were (H1N1)pdm09.

Thirty percent of our most vulnerable population, 65+ are not immunized and are potential mortality risks since they are exposed to the 80% of the entire population that lacks seasonal flu vaccination.

Vaccination is clearly the most important action we can take to reduce the mortality rate from contacting the seasonal Flu and bacterial pneumonia. Hopefully we can quickly update the composition of the seasonal vaccines when we monitor the level of Influenza disease in the general population and prevent the next pandemic flu in the world.

The second line of defense to stop the spread of cold viruses and the flu is by preventing the spreading of the diseases by personal contact with people that have the disease. So the need to protect other people from receiving your cold or flu begins early in the progress of the disease and continues after you “feel better.”

Colds and flu are spread by sneezing and coughing droplets of the virus into the air where other people can inhale them or make hand to mouth, eye or nose contact. A study was published in a National Academy of Science Report, January 2018, that the transmission of viruses can occur with simple breathing.

Wearing a surgical mask in public may be an important action to take to reduce the transmission of colds and flu during the peak times of reported cases. Airplane passengers may be especially susceptible to cold and flu viruses circulating in the cabin air and a surgical mask may help prevent the spread of disease. A surgical mask has to convey to people that see it being worn on the street, that the wearer does not want to give or receive a cold or flu. The mask is most effective preventing cough and sneezing droplets from an infected person from entering the air space and spreading the virus to other people.The mask is inexpensive and available in most Pharmacies.

The following suggestions are basic preventive behaviors to reduce the number of cold and flu cases:

1. Don’t leave home until your symptoms are over, otherwise you may transmit your flu or cold to everyone that you make contact.

2. Don’t send sick children to school. They may infect other children, and adults at the school and bring the disease to their family. Flu epidemics have had no mercy on young children or the elderly.

3. Sneeze or cough in the inside part of your elbow and prevent the very small droplets of mucous containing virus from entering the environment around you. Your hands or paper tissues are not an effective method of preventing your neighbors from sharing your infection. I have seen many times a person sneeze into their hands or blow their nose and then exchange handshakes with other people or touch objects without washing or disinfecting their hands. Every place where groups of people make close contact, such as synagogues, malls, schools, grocery stores, and on public transportation should have alcohol hand disinfectant material ready for immediate public use. Take a pro-active stand to place these alcohol disinfectants throughout public gatherings.

You may be contagious days before you actual experience the physical symptoms of a cold or flu, therefore, protecting the surrounding area from your sneezes and coughs is very important to prevent the spread of these diseases.

4. Employers should provide yearly educational instructions for their employees to prevent the transmission of colds or flu. The time is well spent and can reduce the lost hours of work due to infections with colds and especially influenza.

There are many alternative remedies to help support the bodies needs to heal itself from the seasonal flu or common cold. “A review of the Antiviral role of Green Tea Catechins” Molecules, 2017, August, 12 22 (8) Xuj et al. ,reported the antiviral activity of the Catechins in Green Tea are effective against many types of viruses. The Journal of Alternative and Complementary medicine has reported the benefits of gargling with Green Tea against bacteria and viruses.

“Prescription for Nutritional Healing” by James F. Balch is an excellent source of science based suggestions to support the bodies systems to heal itself. Specifically the herbs such as Olive Leaf Extract, Echinacea , various berries, Wild Cherry Bark tea for coughing, the amino acid Lysine, vitamins A and C, Shitake mushrooms, oral zinc and probiotics. The list of natural medicines that support the immune system is large and supported by scientific studies published in many scientific Journals. The National Institute of Health(NIH) and the National Library of Medicine data base is an excellent source of alternative and complementary medicine information. See WWW.ncbi.nlm.nih.gov/pubmed/

Remember sharing a cold or flu is not a mitzvah. Vaccination and preventive behaviors against transmitting the serious diseases that reduce the wellness of our country is a mitzvah. Please don’t be a contributor to the mortality rates for Israel. Yes, you are your brother’s keeper and we all need to participate in that holy goal.

About the Author
Nachum Jacobs operates a small business in Israel which imports drinking water treatment products from England. He has many experiences with the Standardization Institute of Israel, and the process of importing into Israel. He is 74 years old, and an Aleyah from the US in 2008. Nachum owned and operated a Pharmacy in the US for 30 years, and holds a Pharmacy degree from the University of Maryland. He manufactured nutritional products and has extensive knowledge in alternative medicines.
Related Topics
Related Posts
Comments