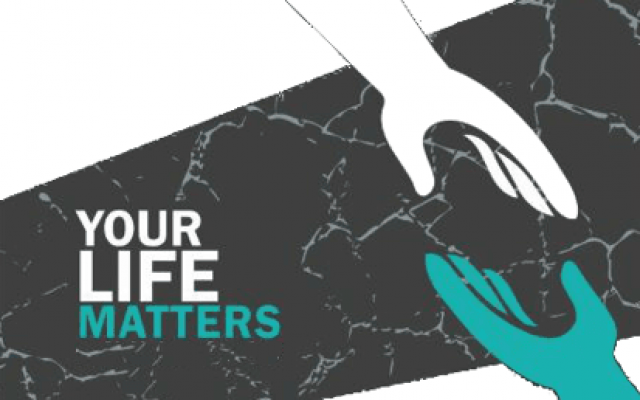 So many lives, so much to say.

We have all witnessed the storm raging deep in our nation and across the world. I am not talking about the COVID-19 pandemic, but the fury present in the myriad of protests — peaceful and violent — triggered by yet another unfortunate death of yet another African American at the hands of yet another white policeman.

I have had some time to reflect on this topic and am trying to make some sense of this senseless conflict, which is deeply rooted in our nation’s DNA. Following the abhorrent exchanges in the media, the violence and looting in the street and the culture of hate of people we disagree with, reminded me how cynical people on both sides of the issue, take advantage of people’s misery to advance their sinister agendas. Yet no matter one’s political angle, we must think of real people who are caught in the crossfire.

When confronting the fate of other people, I always carry with me two paradigms –

What must we do to stand for the rights of people without getting caught in the political game? What comes to mind are a few examples from the holocaust, where some local leaders across Europe who refused to abide by the murderer’s orders and risked their lives to protect the victims. Gentiles wore the Jewish star themselves instead of being complacent in turning in their Jewish neighbors to the hands of the Gestapo;

Standing on the sidelines, we do not face such dire choices; Some of us may demonstrate against police brutality and demand affirming the civil rights of African Americans across our nation, but my question is: to what effect do we believe our rage will lead to a change in our society?

I remember how Trayvon Martin’s death lead to ‘sensitivity training’ within the police and how body-worn cameras were imposed on law enforcement, in order to increase transparency and police accountability.

Yet for the most part, our country is too large, and the problem runs too deep to have temporary public awareness enact long lasting change in our society.

Most of my friends are camped in either the left or the right political camps, which causes many people to despair. But as Jews, are innately instilled with sensitivity training to the stranger. We repeat numerous times per day, in the Shema and other prayers, the memory of being strangers in a foreign land – thus we must remember and sympathize with the Ger – the stranger among us.

We just read in the book of Ruth during the Shavuot holiday, which we celebrated only a few of months ago, how Ruth identified with her mother in law – her words still ring in my ear;  ‘Where you go I will go, and where you stay I will stay. Your people will be my people and your God my God.’ Identifying with people, living their lives is the only way to cross the lines separating us.

I believe that to enact change all of ‘US’ must become ‘THEM.’ For a day, for a week, or in whatever capacity – if we want to bring about transformation, we must break the barriers separating our groups.

How should we do this?

While our country is busy with protests, the news came out that the pandemic will likely cause more than 40% of businesses owned by African Americans close. We can and should do something about that. Their poverty – is our society’s pandemic, their pain – becomes the fuel that drives our nation’s struggle with law and order. WE must understand that there is no THEM!

The protesters –  are US!

George Floyd – is US!

The radical groups on the left or the right on the political map would not succeed in instilling their ideas if not for our complacency. We are all the roles and in fighting one group – we fight ourselves and each other within us. The challenge is to actually see it, our protests – notwithstanding, how our separated lives is a testament to our society’s segregation. We live separately, shop separately, educate our kids separately and our socioeconomic reality separates us.

When a young Dostoevsky returned from four years of imprisonment in Siberia, he wrote a story about a Judge trading places with his convict, taking his place in his cell – not knowing if the convict will come back to replace him and set him free. He wanted to understand the other side!

If white middle-class communities remain separated from Black communities, we cannot hope to begin to understand the realities of being Black in America. We must build bridges between our respective communities. If you are turned off by radical elements involved in the BLM (Black Lives Matter) movement, there are other models for how to become proactive;

There is the ‘Fresh air fund,’ and many other wonderful initiatives; there are partnerships among different houses of worship, and my favorite; trying to utilize our own professional talents to help people in need across different communities.

We each must model ourselves –  in living a life with a mission, in championing a cause. Let us start with funding instead of fighting. Fund education and food, fund opportunities and protection of single mothers and their children. Whatever the plan, it must have individual and communal involvement – to remove barriers that separate us as groups. If we do so, we may arrive at a color-blind society made up of tolerant individuals whose live are enriched by living, working, and doing business across racial lines.

The alternative is many more decades of pain, hate and anger – which is the true pandemic of our nation.