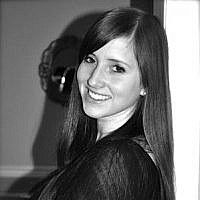 The Blogs
Dana Gold
Apply for a Blog
Advertisement
Please note that the posts on The Blogs are contributed by third parties. The opinions, facts and any media content in them are presented solely by the authors, and neither The Times of Israel nor its partners assume any responsibility for them. Please contact us in case of abuse. In case of abuse,
Report this post.

The physical walls inside of academic institutions are often drab and dreary. The visions of colourful and grandiose halls, much like those we hear about in stories such as Harry Potter, often exist only in our imagination. Instead, the ivory towers we find in universities across the world are strong, sturdy and mainly concrete. Surely, there are exceptions. However, this post examines and takes apart the metaphorical confinements that are often found in institutions of higher education.

Within university buildings, young minds are brought to flourish. Students are taught that freedom of speech is encouraged, along with dialogue among those with differing opinions. In academia, we are trained to think critically and analytically and, in other words, rationally. Regardless of discipline, we must always take into account all sides of an issue or debate before providing any judgments. Even then, we can never be sure that we have not missed something or failed to provide an adequate account of what we are studying in its entirety in a world that is becoming increasingly more “scientific.”

Particularly in political science, empirical research is highly regarded as significant to the point of obsession. Work that is more interpretive in nature is accepted, although often not to the same degree. Rather, it is often seen as more subjective rather than “objective”, the latter being another term that is not and cannot be absolute. Even more frustrating is the fact that emotions are often pushed to the side as irrelevant and distracting from the issues at hand. This presents a paradox. How can we assert to know something if feelings are viewed as irrational rather than bringing life to a subject? Words on a page have no significance other than what we attribute to them.

This problem does not only apply to academia, but in many other areas of work. Can we allow ourselves to feel something? Anything? Of course, for we are humans. We are not robots or some other sort of mechanical device. Surely, we live in an age where many of us can easily be replaced by such machines and that is an alarming thought. However, what can never be taken away from us is our ability to feel something that propels us forward. When we begin to distance ourselves from our emotions, that is a cause for concern.

The Israeli-Palestinian conflict is a complex and controversial issue. However, this does not mean that we should ignore it. It is particularly an emotional one, which seems rather obvious. The difficulty of removing emotion when discussing or debating the conflict is very much real. In fact, I would say that it is almost impossible for any individual who has any sort of connection to the issue. Evidently, being in a constant state of heightened emotion is not favourable. In such a case, it would be difficult for an individual to get his or her point across in a convincing and articulate way. Regardless, an attempt to be emotionless, particularly with such an issue that has caused considerable physical and psychological damage to peoples’ lives for many years, is much worse.

As a graduate student, my passion lies in analyzing the Israeli-Palestinian conflict and how intense negative emotions perpetuate violence between both sides. As an Israeli-born Jew and someone who has visited the region many times, I am often told to leave my personal stories behind. Instead, I am encouraged to only focus on the material “facts” in front of me. Although, we can all surmise that these elements are relative. One only needs to consider the conflicting, and often opposing, narratives presented on both sides to know that such a method is not realistic.

Fortunately, there are many scholars who find the attempt to silence voices problematic. My supervisor is one of them. The life of academia is a long and windy road, although it enables individuals to learn and to discover who they are. It should be more open to those wishing to share their stories of their experiences. Only in this way can a true understanding of others be possible. I hope and pray for such a world.

About the Author
Dana Gold is currently a PhD candidate in Political Science at Western University in London, Ontario. She is also a Fellow for the Scholars for Peace in the Middle East (SPME). Her doctoral research focuses on Israeli and Palestinian representations of the 'Other' through the intersection of the social and cognitive sciences.
Related Topics
Related Posts
Comments