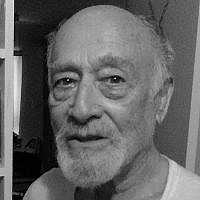 Israel was created to be the homeland of the Jewish people, and if you read our early history you see that our ancestors were told time and again to keep the land free of other peoples, and their influences. Israel is Gd’s gift to us, and even those of you who are secular in outlook, realize that this lan d of Israel is our security. Yet some people think we have to somehow satisfy the Palestinians, and “the international community”. Now I am not what most people would call a religious man, but I (along with the prophets and others) say “in Gd we trust”. That’s central to Torah. Certainly we cannot trust others (even the Americans; I didn’t trust Obama, and I don’t trust Biden). No, we Jews can rely only on ourselves – and of course, we can and should trust haShem.

As I understand it…according to a one state solution, Palestinians would get to live in Israel as citizens of Israel (I’m not referring to Israeli Arabs – they are Israelis, okay, so be it). As I understand it, Israel would “absorb” those Arabs living in Judea and Samaria. This, so that we can be “democratic”, so we needn’t defend ourselves to others about our righteousness (others like Turkey, Iran and Syria, the P.A., the Europeans, American liberals, the BLM, the people on J Street , and…far too many Israeli Leftists) –  maybe we’d diffuse a little anti-Semitism,  and maybe soothe the minds of those Jews who feel that we “have to be ‘fair'”. It is better to survive than lose,  protesting that we tried to do what’s right.

We (Israel, and those who love and care for Israel) – we would find a large more or less hostile community living alongside of and among us in a one state solution – we wouldn’t know who is what. Make no mistake: the Palestinians have been brought up to believe that we stole their land! Even among those Palestinians who would be decent citizens and neighbors, there would be some residue of rancour. They have been brain-washed. They would be prejudiced against us. Were I an Israeli, I don’t think I could ever trust them. They are (or some of them would be) potentially “a fifth column”. A few likely planning to disrupt the government one way or another. Why invite them in..? It well may be that Israel Arabs are decent citizens, and most of them loyal to the state  – I have no argument with them – but I am referring to those living currently under the P.A. (Hamas is so committed to Israel’s destruction that even considering allowing it to join us is absurd).

History is instructive. About 250 years ago, Americans brought Africans over here. These were people unlike the European settlers, and they were not treated as equals. In time, a civil war was fought in this country about integrating the Africans into the main stream causing great pain which is still being felt today. It is not that African Americans are bad or disloyal, but the reality is prejudice is characteristic of humans, and not conducive to harmony in a nation. Prejudice will be found among Jews, and Arabs….This pattern is found in many countries. Look what happened in Myanmar.

If I am right, then something has to be done for the Palestinians – even if you think they don’t deserve it!! Israel must (and does) accept recent history, and deal with the attitudes of others (while not forsaking its role). It’s called realpolitik. Palestinians will not be satisfied unless they have some land they can call their own (and probably they’ll insist on the whole of Israel). Ideally, the world could pressure Jordan to accept some federated plan with them (of course, this would be very contentious), but that doesn’t seem to be in the cards. Neither is it likely that their Arab brothers in six or seven other countries would take them in (and not confine them to refugee camps). So….maybe Israel has to give them some land….(I don’t know- which is why I wrote maybe).

What are the possibilities (if any)? I’ll suggest some thoughts in my next blog. Stay tuned (and feel free to write to me and tell me what is possible).