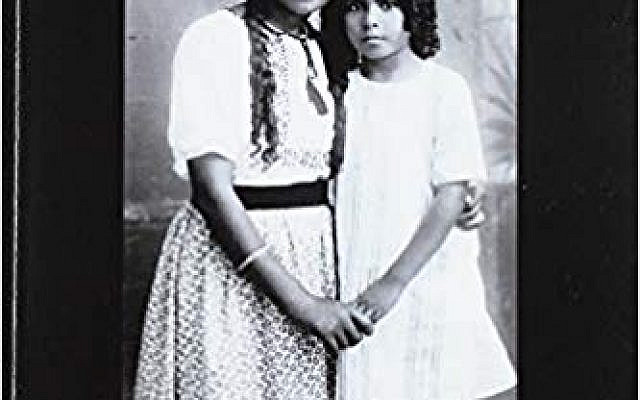 Miriam’s father is a dark-skinned Israeli from Yemen, and her mother is a fair-skinned Jew from Canada. Their histories and families, together with Miriam’s own experiences, span across many decades and take us from pre-Statehood Israel, to Ottawa, to modern Jerusalem. This is the essence of this collection of short stories that make up this novel. Made up of 16 stories, these are separated into two sections, with the first being Childhood & Adolescence, and the second being Marriage & Motherhood, in which Green takes us through Miriam’s life and ancestry.

Let me start by saying that Green is certainly a talented writer. Her prose style is very special, dare I call it enchanting as well as mysterious. Mind you, many readers may have a difficult time with this book because there are quite a few transliterated words in Hebrew, as well as a few in Arabic, sprinkled throughout these stories. While Green translates most of them into English, many stand alone without their meaning explained, which I’m afraid will not be totally obvious. Also, there’s also one mistake in one of the translations, but thankfully, only people who know Hebrew will catch this error. While I had no problem with this, I’m worried that this will limit Green’s market.

Aside from this, some of the stories are delightful, but others are practically horrifying. I also noticed that there’s certainly a change in tone from the first section to the second one, which makes sense. Childhood and adolescence are times of innocence and discovery, but marriage and motherhood are times when even the sweetest of dreams are tarnished by life’s harsh realities. Even so, there are some darker sides of the first section as well as a few lighter sides to the second section. While this balances things out, I’m not sure if it works completely to Green’s advantage, as it gives the overall atmosphere a somewhat monotone feel. On the other hand, that might have been what Green was trying to do – I’m unsure.

Aside from this, I also have to say that the other thing that felt like it melded together a bit too much were the timelines. Nothing in this book feels all that linear, despite the two sections delineating two very different parts of Miriam’s life. There were places that where I felt thrown into the past without warning, and in a couple of the stories, without ever seeming to return to the present in order to bring about some type of closure. I realize that these stories are meant to make up the parts of an overall portrayal of one woman’s life, and therefore not every story really needed a definitive ending, but there were times when I felt unsatisfied when leaving one of the tales. There are, however, a few stories that stood out in sharp contrast to those, where I felt that you could read them as stand-alone vignettes, and those were really the strongest of these. One of them is the one about Miriam’s wedding, which shocked me in how Miriam gives into the blatant misogyny of the ultra-Orthodox ways of doing things. The other one had to do with when a friend of her son’s tells how he’s sexually abused by a religious man. As disgusting as these two stories were, I feel they were the strongest ones included here. Mind you, regarding the former, if it had been me, I’d have not gone through with the ceremony. As for the latter, how Miriam handles this child’s revelation, while attempting to shield her own son, was more than admirable, and made me much more sympathetic towards Miriam in general.

Which brings me to my last point, that being, is the character of Miriam someone I can identify with, and thereby like? To be totally honest, although I thought at the beginning of this book that the answer was yes, by the time I’d finished reading, I felt sorry for her rather than any level of empathy. Yes, I realize that this could be my own prejudice towards the religious lifestyle in general, but I can’t help how I feel. Furthermore, there are a whole slew of characters who frankly pissed me off, and very few that I actually liked. So, although I thought the style of writing here was splendid, the overall content of these stories did not make very pleasant reading. Again, it is possible that this was Green’s intention all along, and other readers won’t have such negative reactions. Still, I have to judge this book on my own personal reaction to it, and I think I’m being fair (and maybe a touch generous) by giving this book three and a half out of five stars. It isn’t a bad book (considering how beautifully written the prose is), but it just wasn’t for me. That said, I would still like to read more by Green, because as I said already, I think she’s a very talented writer.

Cervena Barva Press released this book on May 3, 2019. This book is available (via the following affiliate links) from Amazon, Barnes & Noble, Walmart (Kobo) US eBooks, Wordery or The Book Depository (both with free worldwide delivery), new or used from Alibris, used from Better World Books (promoting libraries and world literary), as well as from an IndieBound store near you. I would like to thank the author for giving me a copy of this book in exchange for an honest review.