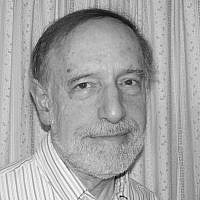 The Blogs
Mark Hoffman
Apply for a Blog
Please note that the posts on The Blogs are contributed by third parties. The opinions, facts and any media content in them are presented solely by the authors, and neither The Times of Israel nor its partners assume any responsibility for them. Please contact us in case of abuse. In case of abuse,
Report this post. 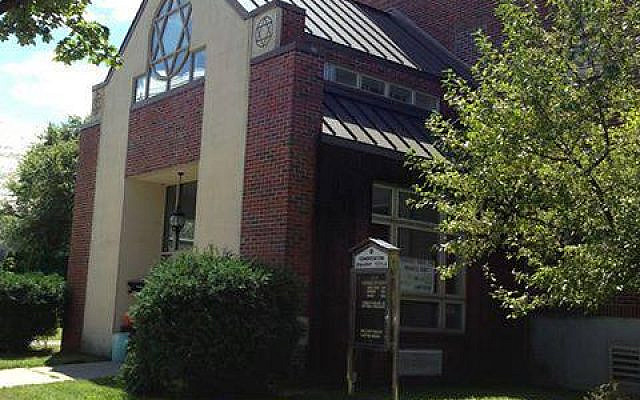 The recently released Pew Report on Jewish Americans confirms what has been obvious to Conservative Jewish lay leaders such as myself for years now. In contrast to the mid-20th century, when Conservative Jews represented the vast majority of the American Jewish population, they currently represent only 17% of of American Jews. Even more concerning, and equally unsurprising, only 8% of Jewish Americans ages 18-29 identify as Conservative Jews.  In response to this long-recognized trend, the movement has tried various approaches to stemming the tide, yet sometimes falls into the trap of searching for silver linings instead of confronting our fundamental problems.

Forty years ago, we could be forgiven, perhaps, for thinking we might reverse the trend away from the movement by simply doing things better.  After all, there certainly seemed to be plenty of room for improvement. The Judaism that I grew up with in the 1960’s was often characterized by uninspired rabbis who looked with barely concealed disdain upon their secular congregants. In most cases, these congregants joined synagogues out of a sense of filial or ethnic loyalty or social pressure rather than out of any expectation of gaining any meaningful insights into the proper conduct of their lives. They were valued for their membership dollars more than for their Jewish souls. The massive buildings, the ostentatious bar mitzvahs and the theatrically staged, ticketed high holiday services for once a year congregants were hardly the ingredients that would be likely to create life-long love of Jewish life among those who lived through the experience.

But as American Jews were progressively turned off by this version of Judaism that was becoming a caricature of itself, the optimists, myself included, insisted that, if only Jews could experience really good Judaism, a renaissance in American Jewish life would blossom. During the last 20 years of the 20th century, there was a significant, partially successful effort to revitalize Conservative Judaism. Synagogue life became more participatory. An attempt was made to reintroduce a sense of spirituality into religious practice. The havurah movement made in-roads into creating Jewish community. The Jewish camping movement was expanded. Yet this blooming of Jewish religious creativity and authenticity, while partially successful in enticing back some of the baby boomer generation, barely slowed the multi-generational drift away from Conservative Judaism.

The movement is still focused on trying to do things better, as it should be. The United Synagogue is re-branding itself as the movement for seeking meaning together. The various seminaries, rabbinic organizations, and congregant organizations are at least working together more consistently, if not actually unifying. There is an effort to expand the reach of the movement outside the walls of the synagogue, probably accelerated by the Covid pandemic. A minority of congregations have accepted the risky but necessary transition from a model of membership based on consumer transactions to a model based on building community. Calls for “meeting congregants where they are” are not falling on deaf ears but remain to be meaningfully implemented in most settings.

Yet these incremental changes in structure and tactics, while necessary, don’t address the fundamental weakness underlying Conservative Judaism’s foundation.

I still hear Conservative Movement leadership refer to the movement as “centrist.” The “centrist” approach has undeniable appeal, especially as we are feeling the ongoing wrenching effects of extremist ideology in religion and in the broader culture. Yet the centrist approach places Conservative Judaism in the de-facto position of defining itself primarily through parameters established by Reform and Orthodoxy. Furthermore, the underlying assumption of this form of centrism is that it is defined entirely by its placement in the middle of the spectrum of halachic observance, as if there are no other fundamental distinctions to be made about the way Judaism is practiced.

I would assert that it is time to re-define Conservative Judaism in a way that speaks to the vast majority of Jews in North America and to the vast majority of Conservative Judaism’s own adherents. Among the many dissonances between Conservative Jewish ideology and the actual practice of rank and file “regular Jews” are the behavioral halachic expectations that 95% of Conservative Jews do not follow. Separate but related to this, there is a hierarchic assumption of rabbinic authority that finds itself in opposition to a cultural reality: Americans, especially Jewish Americans, just don’t want to be told what to do!

This tension is most painfully apparent in the failure of the movement to successfully embrace the interfaith family, which has resulted in a mass migration of young families to the Reform movement, or out of Judaism entirely. It is long past the time to bring the underlying theory of Conservative Judaism into conformity with the reality of Jewish life as lived by regular American Jews.

This conundrum, like many difficult socio-cultural dilemmas, won’t have an easy, risk-free solution. Nevertheless, I offer a proposal. Why not acknowledge and build on the de facto Conservative Jewish reality, which is that Jews who associate with Conservative Judaism may recognize the beauty and value of traditional Jewish practice in helping create better Jewish lives and a better world, but still choose not to embrace all of its behavioral expectations?  Conservative Judaism should be the movement that facilitates the broadest possible menu of Jewish practice for its adherents and lets them choose what makes sense for their own lives and what makes sense for the lives of their congregations. Unlike the Reform movement, it won’t close the door on nor deny the validity of adherence to traditional Jewish practice, but neither does it require strict fidelity to halacha as a condition of full acceptance into the life of its Jewish communities.

This new approach would most meaningfully and poignantly diverge from current practice with respect to approaching the interfaith family. It means that an interfaith couple in love could learn about what tradition says about Jewish marriage yet still choose marriage in Conservative synagogues without conversion if that is what makes sense in their lives. It means that the child of an interfaith marriage whose mother is not Jewish could learn about traditional approaches to Jewish definition but choose not to undergo formal conversion before his Bar Mitzvah.  It also means that the same synagogue would strive to provide opportunities for highly traditional Jewish practice.

Conservative Judaism must be the movement that embraces the millions of North American Jews who are open to learning about our past but expect to be a part of defining our present and our future. The synagogue, in whatever form it takes, must be the Jewish public square in which the thoughts, hopes, prayers, songs and dreams of regular Jews converge in a cauldron of acceptance and community. We need a movement with leaders that will teach us and motivate us and cajole us. But ultimately we must trust the personal choices that our congregants make. The days of “my way or the highway” are long gone.

Too many Conservative synagogues are filled with Jewish grandparents whose children and grandchildren are elsewhere.  False optimism will not save us. We must continue trying to do things better. But just being good at what we do will never be good enough. Conservative Judaism must re-define itself.

About the Author
Mark grew up in Queens, NY during the "heyday" of American Judaism. He attended public schools and acquired a limited Jewish education. When he met his future wife, who was not Jewish, she insisted that religion be a part of their life together. She converted to Judaism and that launched him on his Jewish journey. He has been a synagogue president in Upstate New York for several years.
Related Topics
Related Posts
Comments