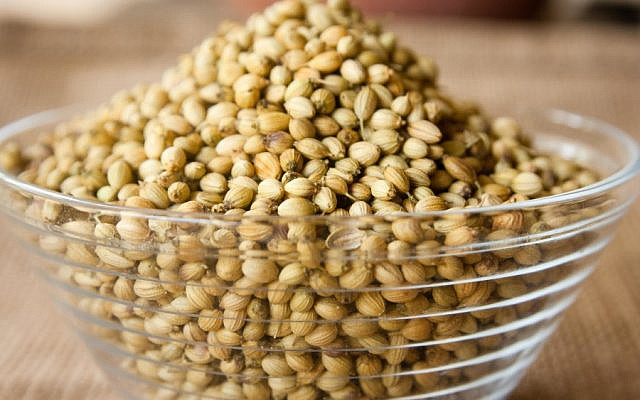 The Torah twice describes the manna as resembling the gad seed (Ex. 16:31, Num. 11:7), but the meaning of the word gad is not readily understood. Targum Onkelos leaves the word untranslated in both cases, instead aramaicizing the Hebrew word gad into the Aramaic gada. Other commentators suggest identifying the Hebrew word gad with known plants such as “coriander.” In this essay we will discuss multiple words for “coriander” in Hebrew and other Jewish languages. Afterwards we will cite several alternate commentators who explain gad as something other than “coriander.”

While Targum Onkelos leaves the word gad untranslated, Targum Yonatan (to Ex. 16:31 and Num. 11:7) translates it as kusbar — “coriander.” Menachem Ibn Saruk similarly identifies gad as kusbarat, while Radak in Sefer HaShorashim explains that it refers to what the Rabbis call kusbarta. Rashi (in both places) also explains that the gad plant, whose seeds were said to resemble the manna, refers to coliander, an Old French word for “coriander” (with the l-sound and r-sound being interchangeable, as is often the case).

In his commentary to the Talmud, Rashi (to Shabbat 109a, Yoma 75a, Avodah Zarah 10b) explains the Aramaic words kusbarta and gida with a different Old French word for “coriander” — aillendre (possibly pronounced aliandre). What is the difference between coliander and aillendre?

After consulting with some experts, it seems that the following two possibilities may resolve this “contradiction” in Rashi: First of all, it seems that in Jewish dialects of Old French the opening consonant of the word coliander might have been dropped, thus rendering the word as aillendre. According to this understanding, Rashi may have used both pronunciations interchangeably. So, in one of his works he uses one word while in the other work he uses the other word. However, this explanation does not account for why Rashi’s commentary to the Chumash uses the word coliander, while his commentary to the Talmud uses aillendre.

Secondly, it has been pointed out that alternate manuscripts of Rashi’s commentary to the Chumash read aillendre instead of coliander, while alternate manuscripts of his commentary to the Talmud read coliander instead of aillendre. This suggests that the appearance of the term aillendre is unintentional, and actually reflects a copyist’s error stemming from permutation, as in some scripts the letters ALEPH and KUF appear very similar. (Special thanks to Dr. Ariel Shaveh of the Academy of the Hebrew Language and Rabbi Tzvi Mordechai Libber of Milwaukee for these suggestions.)

In American English, the term cilantro (which comes from the Spanish word for “coriander”) refers to the leaves and stalks of a coriander plant, while the seeds are called coriander. Etymologically-speaking, the American English word culantro is a synonym for cilantro, but in practice it refers to a different plant that is native to the Americas.

The word kusbar appears several times in the Mishna, including: Sheviit 9:1, Kilyaim 1:2 (cited in Pesachim 39a in a discussion of what vegetables may be used for Maror on Passover), and Maasrot 3:9, 4:5. Linguists recognize both the words kusbara and coriander as belonging to very ancient languages, tracing kusbara to the Sanskrit kustumbari/kustumburu, and coriander to korijadana in the proto-Greek language known as Linear B. That said, Rabbi Dovid Golumb (1861-1935) in Targumna parses the word kusbara as comprised of two Hebrew roots that mean “cut up,” “chewed up,” or “masticated”: KAF-VAV-SAMECH (or, perhaps, KAF-SAMECH-SAMECH) and BET-REISH (see Yechezkel 23:47).

Interestingly, the Talmud (Avodah Zarah 10b) relates that when Antoninus sent Rebbe a coded message about his promiscuous daughter, Rebbe replied by sending him kusbarta, which was supposed to mean that he should put her to death, as kus means to “chew” or “slaughter” (see Pesachim 63a which teaches that kus in Syriac means to “slaughter”) and barta, which means“daughter.” Ultimately, when Antoninus pointed out that doing so would totally erase his progeny, Rebbe encouraged the Roman official to have mercy on his deviant daughter (see Rabbeinu Chananel, Sefer HaAruch, and Rashi there). Others explain that Antoninus actually misunderstood the meaning of Rebbe’s message, as the word kusbarta was really meant to stand for kasah (“cover up”) and barta (“daughter”), which means that Antoninus should cover up her misdeeds and not punish her (Tosafot Rabbeinu Elchanan, Tosafot HaRosh, and Nimukei Yosef).

Going back to the word gad, Rabbi Shlomo Pappenheim of Breslau (1740-1814) understands that the two-letter root GIMMEL-DALET means “attachment/connection.” He explains some other words derived from this root include gad (a “spiritual force” that is attached to a specific physical entity), gid (“sinew,” which holds together different parts of the body), gedud (“squad,” a unit of soldiers joined together), and haggadah (the act of presenting new information by merging it into a broader narrative). In that spirit he explains that meged (Deut. 33:13-14), megadim (Song of Songs 4:13), and migdanot (Gen. 24:53) all refer to sweet-tasting foods, as one’s palate desires to “connect” to such delicacies. Based on this, Rabbi Pappenheim suggests that perhaps the gad seeds referenced when describing the manna also refer to a sort of sweet edible seed. (By the way, coriander seeds are sometimes described as sweet).

As an aside, coriander is known as goid in North African Punic, leading the German linguist Wilhelm Gesenius (1786-1842) to claim that goid is derived from the Hebrew gadad (“to cut”), in allusion to the wrinkled and furrowed appearance of the seeds.

The Talmud mentions a food called gudgedaniyot, which Rashi (to Eruvin 28a and Gittin 70a) defines as aillendre in Old French (“coriander”). Jastrow vowelizes the word as gadgadniyot, and defines it as a type of “clover” or “cherry” (see also Rashi to Berachot 57b and Sefer HaTishbi). Either way, it seems that Rashi understood the Talmudic word gudgedaniyot as related to the Biblical gad.

As mentioned in the beginning of this essay, not everybody agrees that gad refers to “coriander.” Rabbi Yehudah Ibn Balaam (1000-1070) writes in the name of Rabbi Hai Gaon (939-1038) that “gad seed” refers to “mustard seeds.” This opinion is also cited by Ibn Ezra (in both his “long” and “short” commentaries to Ex. 16:31, and in his comments to Num. 11:7), who writes the “coriander” explanation as well, and concludes that he is unsure about which view is correct. Rabbi Yehuda Leib Krinsky (1840-1915) writes in Yahel Ohr that Ibn Ezra reasoned that the word gad is related to gedi (“kid” or “young goat”), which denotes the smallest type of caprine animal, and so it could make sense that when talking about seeds it would refer specifically to the “mustard” seed, which is used in the Talmud to denote the smallest type of seed. 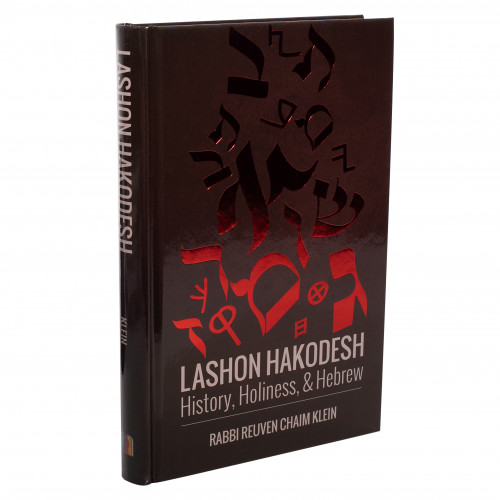 Rashi (to Ex. 16:31), Rashbam and Radak all clarify that when the Torah describes the manna as resembling “white gad seed,” this should not be taken to mean that gad seeds are white. Rather, the Torah means that the manna was white and that its shape resembled a gad seed. In fact, these commentators explicitly note that the gad seeds are not white. This fits with those who interpret gad as “coridander,” whose seeds are yellowish-brown, and even with those who interpret it as “mustard,” whose seeds are dullish gray and brown. On the other hand, Gersonides (to Ex. 16:14 and 16:31) writes that the gad seed was indeed white. Since neither coriander seeds nor mustard seeds are white, Gersonides seems to identify gad with something else. (Although, truth be told, Ibn Balaam does claim that mustard seeds are white.)

Finally, Rabbi Golumb suggests reading the word gad backwards as dag (“fish”). He explains that “fishseed” in the context of the manna refers to caviar, an especially notable and prominent food.