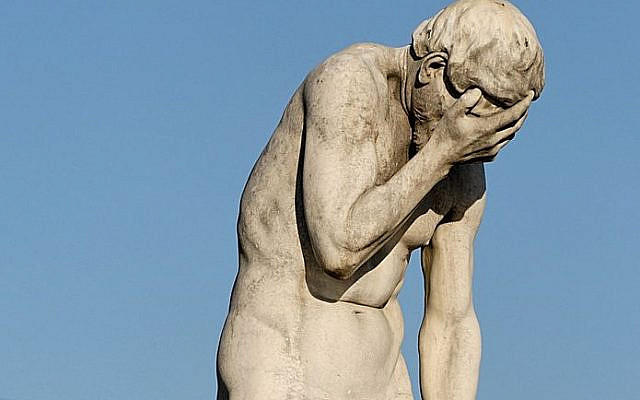 I’m the hand-hygiene doctor, who retired, in the middle of a flood of COVID. Forty years a doctor and no sign of the Promised Land! Previously, I reflected, from my perspective as a ‘hand-hygiene’ doctor. Today I reflect as a ‘China watcher’, who rallies Jews and others to help Uyghur Muslims facing the biggest Genocide since the Holocaust.

I blog and tweet. I work closely with the World Uyghur Congress. My phone accesses lots of information from Chinese dissidents, academics, NGOs, human rights organisations and journalists. Facts like my phone was made with Uyghur slave labour.  Like Hong Kong has nearly 12000 unexplained deaths of young pro-democracy protestors (“suicide” say the Police). Like China’s COVID figures have been minimised. I don’t think these facts, all of which China denies, are unrelated. #ChinaLiesPeopleDie! There needs to be a reckoning with China, and not only for the way the virus has flooded across the world.

My tweets since 3rd of March have demanded an International Inquiry into the origins of the virus, China’s failure to close the wet markets in the wake of SARS, the role of the Wuhan biowarfare lab, its poor safety procedures, its possible production of organisms targeting specific ethnicities, and China’s denials, delayed control measures and decision to allow world-wide travel in and out of Wuhan. All this breaches legally binding International Health Regulations.

Who should do the reckoning? Not the UN where China will influence choice of the next Human Rights Council chair! Nor the WHO which whitewashes China’s forced organ donation (by Uyghurs) programme. Their Director-General’s patronage by and praise for China are well documented. Nor the EU, who watered down a report condemning China’s early actions, in response to economic threats. As was said of the generation of Noah’s flood “Behold! It was corrupted!” (Genesis 6.12). In a recent COVID-19 webinar Philippe Sands observed that any Inquiry must be truly independent.

Secondly, the international community’s relationship with China needs to be reset. Two decades of engagement have not brought liberalisation but instead, Uyghur Genocide, the current rape of Hong Kong and COVID-19. Not to mention forced organ donation, mainly from Uyghurs who are reported to be cremated afterwards (sounds familiar to Jewish ears). Add to this the Tibetan cultural genocide, the extermination of the Falun Gong Buddhists, and the suppression of Christianity. Jews don’t escape, despite our small numbers. We are forbidden to meet up on Shabbat. All these things have one cause: the hegemony of the Chinese Communist Party (CCP).

Any ‘China-watcher’ knows that China cannot admit to anything ‘bad’ that might disturb public trust in the CCP and create social disorder. This is a central part of a mindset that suppresses all other value systems and cultures. It’s why China denied the existence and scale of the outbreak, delaying control measures so that we too became victims of CCP hegemony. It is essential to grasp this point. Seven evils (Uyghur Genocide, Hong Kong oppression, forced organ donation, Tibetan ethnocide, extermination Falun Gong, religious suppression, and COVID-19), one cause: the CCP. Hence #CCPVirus.

China’s chief moral goods are “an individual’s material well-being” and restoration of China to a world leadership role. Seeing what they do in the name of “eradicating poverty” makes me sympathetic to the Almighty in the generation of Noah’s flood when he “reconsidered” having made man (Rashi, 11thC French commentator on Genesis 6:5-6)! The only chance of making China change course, reverting to a benign pluralism and restoring constitutionally guaranteed religious and cultural freedoms, is to strike at their prosperity, so their people seek change. The international community needs to restrict trade and collaboration with companies and institutions having critical roles in the Uyghur or Hong Kong suppressions and enforcing Magnitsky sanctions against responsible officials. We must build up Australia, Japan, India and South Korea as regional economic rivals, moving supply chains to those countries, Taiwan, Philippines, and Indonesia. This will require careful collaboration between the EU, America, and its Asia-Pacific allies. Turkey has already started, with 49 companies boycotting goods #MadeInChina goods. Australia’s Parliamentary Inquiry to consider such action was addressed by Amal Clooney, who spoke specifically about China and the Uyghurs. America’s Congress and Senate have both passed a Uygur Act and approved Magnitsky Sanctions. All that remains is for President Trump to sign these off and he will, for once, have “Made America Great Again!”

Israel must play its part as the Torah is “the world’s great protest against empire”  and hegemony (Johnathan Sacks, Covenant & Conversation, Mishpatim). Like the Uyghurs our history includes slavery (under Egypt), religious suppression (Greece, Soviet Russia) and attempted extermination ( Nazi Germany and the Persia of Purim).

I think several times a day of two young women. One is the middle eastern student I met at a Uyghur demonstration wearing a facemask because, denied political expression back home, she feared CCTV recognition. When I protest, I protest for her. The other’s a delightful Chinese doctor on foreign placement, whom I took under my wing. I never asked her about these issues partly because her English was not sufficient. I cannot believe, even with her CCP training, that she would condone the details of what happens to Uyghurs or Hong Kong protestors. This is why I blame the CCP and not Chinese people. It should never be #Chinavirus or #Wuhanvirus or #WuFlu, but #CCPvirus, to remind us of all the evil they do.

When I studied in Israel, a paediatrician, Ian Russell, taught that being a doctor meant changing society. We may do just that, post-COVID, if we demand this Inquiry, Reckoning and Settlement. There could be a promised land, after all!

Going to be a busy retirement!