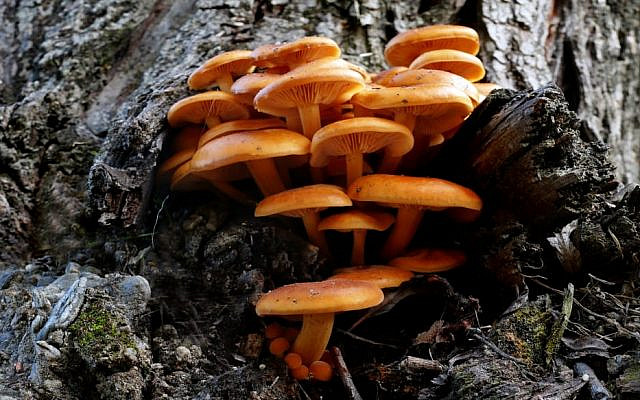 The Torah introduces the laws of the sacrificial services of Yom Kippur by noting that G-d relayed them to Moses after the deaths (acharei mot) of Aharon’s two sons (Lev. 16:1). The Torah then continues to discuss various other topics, running the gamut from sacrifices outside of the Temple, the prohibition of eating blood, forbidden relationships, and various interpersonal and agricultural laws (Lev. 16-20). All in all, the theme of death underlies all of these passages and, in fact, permutations of the Hebrew words mavet/mitah (death) appear twenty-four times in the parshiot of Acharei Mot and Kedoshim that we recently read — more than any other two joined parshiot in the Torah. The Talmud does not generally use the word meit (died) to refer to someone’s passing on, but rather uses the expression nach nafshei (literally, “his soul has rested”). Regardless, the Hebrew word commonly used when colloquially referring to someone who died, or “passed away”, is niftar and the noun for death is known as petirah. In what way is the Hebrew word niftar different from the seemingly synonymous word meit?

The term niftar in reference to somebody dying is first found in the Mishnah which uses the expression “niftar from the world” (Peah 8:9). The root of the word niftar is peh-tet-reish (exit) which can refer to a firstborn animal exiting its mother’s womb (peter rechem) or somebody who takes leave of his friend (niftar). In the context of death, a person is niftar when he exits This World in anticipation of entering the Next World. However, the most common use of the word patur is in the legal sense of a person who is exempt from a given punishment or obligation. This, of course, begs the question as to why the death of a person is connected to the concept of a legal exemption.

In contemporary times, the controversy over the changing definition of death rages on. However, in Judaism, the definition is pegged to the exit of the soul from one’s body. Based on this, we can understand the correlation between death and the idea of being exempt. All the while a person’s body houses his soul, his inner soul obligates his outer body to live for a higher purpose and existence. It represents his accountability to law and order, as well as G-d’s oversight of the world. When a person’s soul leaves his body, then the body is no longer bound to those higher callings — it is exempt from all obligations. For this reason a person who dies is said to have been niftar — a word related to patur (exempt).

In truth, only a person who lives for a higher purpose is considered living. A person who lives for no other reason than to enjoy life itself is considered dead even as he breathes and walks and bungee-jumps off the Empire State Building. To this effect, the Talmud (Berachot 18a-18b) unequivocally states that the righteous (tzaddikim) — even when dead — are considered alive (chaim), while the wicked (reshaim) — even when alive — are considered dead (metim). A person who lives a life that looks to a higher purpose is niftar when he dies because his physical life was not his end-all objective, but was simply a means to reaching a higher goal. Such a person is akin to somebody who exits one room to enter another. The term mitah, on the other hand, can be applied to any living being (even an animal) that experiences the separation of body and soul. Mitah is the conclusion of life; it does not connote anything to come afterwards. Even the wicked experience what is called mitah, while the term petirah is reserved for the righteous.

The late Rabbi Moshe Shapiro (1935-2017) observes that plants, which are firmly rooted in the ground, are also connected to their lifeline in the soil, just as man is attached to his soul. That very connection shows that the plant does not simply grow of its own accord, but connects to something loftier. On the other hand, mushrooms, like other fungi, rise from the ground without roots. They are disconnected from any sense of responsibility or accountability. They are free-floating, self-serving entities. For this reason, mushrooms are called pitriyot in Hebrew — they are patur from any obligations. While they too might technically be considered alive, such a life is more akin to death than to life. Thus, what scientists call the largest living organism on Earth — a certain honey fungus in the Blue Mountains of Oregon — is actually dead!

Rabbi Avraham Chaim Schor (d. 1632) takes a slightly different approach to explaining the difference between seemingly synonymous words niftar and meit. Almost by definition, righteous people do not focus on the carnal pleasures of This World, while the wicked generally tend to indulge in such pursuits. As a result, the worldly existence of a pious man can be characterized as relatively full of suffering. When the righteous man dies and moves to the Next World, he has effectively become “exempt” from the life of suffering in This World and can now move forward. This is why the term niftar applies specifically to the death of a tzaddik, while mitah refers to death in general.