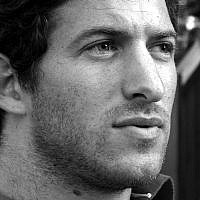 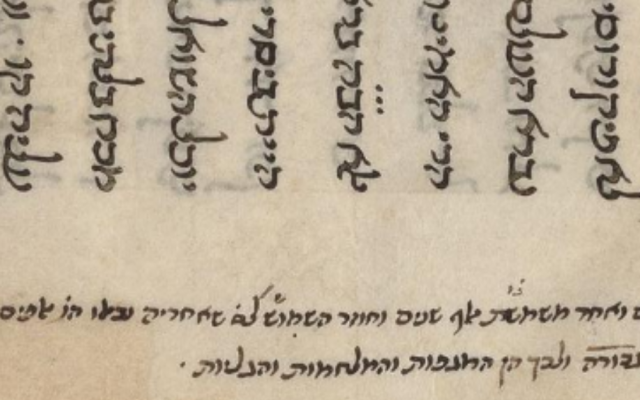 "And this is why the world suffers from pandemics"

Among the many dusty Hebraic manuscripts resting on the shelves of the Vatican’s library, lies a fourteenth century text, bound in a handsome cream-colored leather. Within the manuscript which contains several Kabbalistic compositions, a curious footnote in the margins reveals a secret. It explains why the world suffers from pandemics.

This curious footnote alone, and the few tens of words it carries, has received the attention of leading scholars, and is discussed in several academic articles. There are even those who claim that the source of the footnote is the study hall (beit midrash) of the great Nachmanides. However, our interest here is not academia, nor the authorship of this footnote but rather, what Kabbalah has to say about the Corona Virus.

Before we delve into the footnote and its teaching, we should first understand the work in which it is found. For this work also has a thing or two to teach us about the hardships of this world, beyond pandemics, for example antisemitism and racism.

The work is a commentary on Sefer Yesira composed by Rabbi Joseph ben Shalom Ashkenazi. If you haven’t heard of him, despite him being the first to write systematically about reincarnation in Judaism, and his writings having a deep influence on towering figures such as the Rabbi Isaac Luria (Arizal) and even the Sabbatian movement, it is because of a typo. Well, sort of. His influential commentary on Sefer Yesira, published in Mantua in 1562, was mistakenly attributed to Rabbi Avraham ben David of Posquières. So, who was R. Joseph and what is his commentary about?

Like many kabbalists, R. Joseph’s biography is somewhat vague and it contains many question marks. Despite this, what can be said with some measure of confidence is that R. Joseph most probably lived and wrote in Barcelona towards the end of the 13th century. As his name suggests, his origin is in Ashkenaz and he was most probably a descendent of Rabbi Judah the Pious of Regensburg, the author of Sefer Hasidim. For the sake of context, during the time R. Moses de León is in Castile, publishing manuscripts of the Zohar, R. Joseph is in the neighboring Catalonia. His commentary on Sefer Yesira is considered a Kabbalistic masterpiece which cryptically explains how God created himself, how He created the world and man…and the means by which man can create! (e.g. a golem). R. Joseph’s work is a marvelous confluence of Kabbalah and science, his Kabbalistic work incorporating ideas from philosophy and medicine to astrology and magic. Kabbalah is considered, of course, the queen above other forms of knowledge. So, for example, despite this kabbalist’s adopting medical and anatomic ideas, he claims that physicians don’t understand the concept of death. In much the same way, many philosophical terms are adopted and yet, philosophers, and Aristotle at the helm, don’t really understand life. So, too is the verdict for astrologers. As for practical Kabbalah, although R. Joseph writes secretly about using the names of God, he is against the use of amulets!

In fact, this work does not only contain cosmic secrets but also, it teaches one about the world in which we live. Already 700 years ago, R. Joseph teaches that ‘Jews are burdened in this world and colored people are slaves’ because of Saturn! Here we have a kabbalist who lived in an era before the Spanish Inquisition or the Holocaust, and yet he takes it for granted that the DNA of this world is flawed and embedded in it being Anti-Semitism and Racism. Beyond wondering how obvious this claim was in 1300, his answer is no less remarkable. The planet Saturn. R. Joseph’s system of thought teaches the rules of nature according to the laws of Kabbalah. Much as anatomy holds the key to understanding the spiritual body of the Godhead, so too astrology holds the key to understanding divine providence, if only one also obtains the knowledge of the secret names of God behind each planet. Saturn is an unsympathetic planet to say the least, and holds great powers over this world. Behind this planet is God’s force of judgment, a mystical element which is not interested in the vanities of this physical world and so what happens here happens. Now that we’ve had a taste of Kabbalah, let’s move on to the manner in which Kabbalah is written.

The Kabbalistic style of writing is of an esoteric nature, full of codes and symbols offering many times only part of the picture. A student who wants to crack these codes must be well equipped with an understanding of the secret names of God, the hidden meaning of various symbols, gematria (understanding the numeric value of letters and words) as well as being able to read between the lines. It requires the ability to see the invisible wink of the kabbalist. Thus, it is by no means an easy task. However, at times, these Kabbalistic secrets are unlocked in the margins. Scanning through the mass of marginalia found in Kabbalistic manuscripts is one of the tools for cracking the codes. Mapping out these marginalia and comparing them to other sources is one of the keys.

Let us now return to the leaf of the Vatican manuscript, part of R. Joseph’s commentary on Sefer Yesira, in which is found a curious footnote explaining there why Corona Virus is in our midst. On the page, amongst a sea of difficult-to-decipher phrases, there is a sentence describing how this world was created after another world was destroyed. The term used to describe the transition between the world that was destroyed, the new world created is in one word – “Sh’mita”. The term, without being explained for those who are not acquainted with the secrets of Kabbalah, does not seem to carry a secret. This is where our curious footnote enters into the picture. It explains an idea called “Torat ha-Sh’mitot” the Law of Cycles. The footnote explains that according to this teaching, each world that God creates exists for a 6,000-year cycle. After this time, the world is destroyed and lies barren for 1,000 years and then God creates a new world which will also exist for 6,000 years. Each cycle is controlled by one of the lower seven sefirot (various aspects of the Kabbalistic Godhead) of the ten (this, because the upper three are hidden and concealed). The challenge at hand is that this world in which we live is dominated by the sefira of Gevura which symbolizes judgment (the same reason for the complicated relationship Saturn has with our world). After explaining the Law of Cycles, the footnote explains that “this is the reason why this world is consumed with pandemics, wars and exiles”. Which is to say, this world is dominated by the sefirah of Gevura, a symbol of God’s stern judgment, and this is one of the kabbalistic explanations for why we live in a fractured world which needs healing.

The good news? According to this teaching, God’s providence watches over mankind and man has infinite powers to do good and positively influence both this world and the spiritual world above. It is thus through man’s positive actions that these challenges can be overcome.

About the Author
Jonnie Schnyzter, author of Mossad thriller The Way Back, is probably the only PhD candidate in Jewish Philosophy who can say that he once beat the head of the IDF Naval commandos in a swimming race. Previously, Jonnie has served as Advisor to the CEO of Taglit-Birthright Israel, taught and led Israel advocay delegations with StandWithUs and directed the strategic partnerships of the Israel-Asia Center. Jonnie is a passionate Essendon Bombers supporter.
Related Topics
Related Posts
Comments