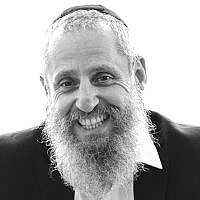 The world is in home quarantine.

No one knows for how long. A month. Six? A year?

That question is for our researchers and their enablers, medical research institutions. They’re working around the clock to solve it.

My question, our question is: What can we do?

Most of us are not in positions of power. We’re simple people trying to live our lives. That’s our reality.

None of us has any experience in this. The world has never experienced a total lockdown. We’re all locked down.

Okay, I’ve asked the questions, to keep your attention, I better start giving some answers.

We need to be making decisions about the only things we do have control over: ourselves and our immediate surroundings.

When all you have is lemons, make lemonade.

We all know that saying. But, remember, the guy who made it up was once a guy who all he had was lemons. Remember that.

At one point, that guy only had lemons.

He could have said, “Gosh! I’m calling it quits, all I have is lemons.” Who would have blamed him? Not me. Heck, all he had was lemons. What can you expect from the guy? Right?

That guy made a decision. If he was like me, he laid in bed tossing and turning all night trying to figure it out.

He went to bed, and the last thing he saw was boxes of lemons. He had lemon trees in his yard.

So, he laid there night after night.

Day after day. He was becoming exhausted.

Three months went by and he was done. He had spent his entire being, he gave it everything he had.

He had no more to give.

He also had no answer.

On the last night, actually, it was the dawn of the next day, he was barely opening his eyes. The sun was slowly showing its rays from below the horizon.

Then, slowly, ever so slowly the idea arose from within him. It was ethereal at first. Just a glimpse of a thought. Quietly, it percolated up inside him.

He bolted out of bed, excited. Full of joy!

He went running around the house. He woke up his wife and kids.

They thought he had lost his mind. “What happened?!” they asked.

“If all you have is lemons, make lemonade!”

And, that’s the true story of the guy who made up the saying, and became a multimillionaire and inspired millions of us.

Most of us have been blessed with more than lemons. We have families. We have what to eat.

We have the most important asset we can ever have: our minds and souls.We can make decisions.

I’ve outlined to myself the four areas I want to exit this quarantine period having accomplished. I’ve been extremely specific in terms of final goals and daily increments on how to get there.

These are my areas: physical fitness, religious study, professional improvement and moving my family members along in their goals.

I have six week charts listing end goals and weekly progress to reach them.

We’re gonna come out of this quarantine, with G-d’s help, at some time.

I’m gonna make some lemonade out of it.