This article originally appeared in Jewish Independent on October 12, 2021, and with their permission, am reprinting it here.  It was written by Sam Margolis of Vancouver.

Jonas Noreika, who was executed by the Soviets in 1947, has been revered in his native Lithuania and by its expatriate community as a national hero and an anti-communist patriot.

This vaunted hero, however, has come under intense scrutiny of late, largely as a result of the findings of his own granddaughter, Silvia Foti. Her research has revealed that Noreika, whose nom de guerre was “General Storm,” was in fact a Nazi collaborator, responsible for the murder of thousands of Lithuanian Jews – sometimes, on his own initiative.

In her new book, The Nazi’s Granddaughter: How I Discovered My Grandfather Was a War Criminal (Regnery Publishing, 2021), Foti documents her path from hearing stories about his almost legendary stature to her discovery of the disturbing truth.

Intended as a tribute

The book, the writing of which had been undertaken to fulfil Foti’s mother’s (Noreika’s daughter’s) dying wish, was intended as a tribute. Foti succeeded in assembling hundreds of documents related to Noreika’s life, including an antisemitic pamphlet that he authored in 1933, and KGB transcripts of his prison interrogations.

At first, Foti did not want to believe the story that was emerging from the various written sources, finding it “too scary, too painful, too shameful.” Nonetheless, as a journalist, she could not ignore the rumours that she encountered during her investigative trips to Lithuania. She pursued the matter, in the hope that an examination of her grandfather’s acts during the Second World War would exonerate him.  Ultimately, she found so much evidence about his role in killing Jews that it was impossible to act as though it did not exist.

“I wanted to throw the manuscript away so many times, to just drop the whole project. I kept asking myself, Why me? Why am I the one to discover all this? I finally came to realize that, because I am the granddaughter, I would most likely get the most attention,” Foti told the Independent. “I am a practising Catholic, and I pray over this story constantly. My strength came from believing that this is the truth, and the truth needs to prevail, no matter the cost to me.”

What started out as a journey of discovery has now been the recipient of international attention. Foti’s story has been covered by the Wall Street Journal, the New York Times and the BBC, among others.

In 2018, when she was 18 years into her project and believing it was nearing completion, she learned of a lawsuit by Grant Gochin, who lost 100 relatives in the Holocaust, against the Genocide Research and Resistance Centre of Lithuania.  They compared notes and joined forces in getting the story out to the international community.

The revelations about Noreika were, to say the least, not easy for many Lithuanians to accept.

“Grant has an accounting degree and I have two writing degrees and yet, for Lithuanians, it’s easier for them to think Grant hypnotized me and wrote the book,” Foti added. “Lithuanians still have a lot of superstitions concerning Jews. They just can’t believe a Lithuanian would accuse her own grandfather of such horrors. In some ways though, I understand them, because I was there about 20 years ago – minus the superstitions.”

Foti believes, at present, that Lithuania has backed itself into a corner and needs to admit that the Genocide Centre, “its great arbiter” of what took place in the country during the Holocaust, has made a grave error in deeming Noreika a hero. Nevertheless, she does not think such an about-face will happen anytime soon.

“It would be a hari-kari move that would necessitate that the Genocide Centre fall on its sword. How could a mere granddaughter in Chicago uncover so much information about Jonas Noreika, and how could the nation’s legions of historians under the government’s payroll not?” she asked.

“This was Lithuania’s last graceful chance to own up to its role in the Holocaust,” she said. “It could have saved face if its legal system did its due diligence. Unfortunately, the court systems there have a reputation for being corrupt; holdovers from the Soviet era. Because Grant Gochin has exhausted all legal avenues in Lithuania, he now is able to take it to the European Union’s International Court of Human Rights.”

The Nazi’s Granddaughter was edited by Lisa Ferdman of Vancouver.

Sam Margolis has written for the Globe and Mail, the National Post, UPI and MSNBC. 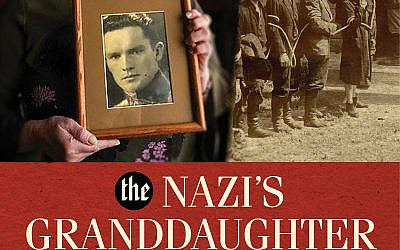