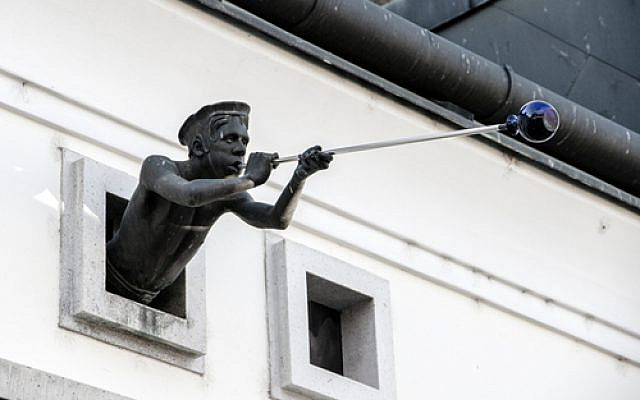 As we discussed in the previous post “Singularity and Paradise,” Paradise offers a beautiful metaphor for modern cosmology wherein Eden is the initial singularity preceding the Big Bang, the river flowing from Eden to water the garden[1] is the expanding universe, and the garden itself is our planet Earth.

The allegory lends itself to being applied to modern cosmology. The intention of the glassblower and the idea of the creation representing letter yud of the Tetragrammaton correspond to the initial singularity preceding the Big Bang. Expanding the lungs of the glassblower with air representing heh corresponds to the Big Bang itself and to the initial period of inflation. The glassblower’s tube corresponding to the letter vav represents the long period of expansion of the Universe. And, finally, the blown molten glass at the end of the tube representing the second heh and Malchut corresponds to our planet Earth, which is also identified with Malchut.

We can summarize the glassblower allegory in the following table:

The four stages of creation—(i) the initial singularity, (ii) the Big Bang and the initial inflation, (iii) the long period of the expansion of the universe, and (iv) the formation of the solar system with the planet Earth—correspond with the four letters of the Tetragrammaton and also explain the fine-tuning problem, why our universe is so finely tuned to be fit for life. Indeed, as the glassblower allegory explains, everything starts from the initial idea of creation. Before making an exquisite vase, the glassblower must imagine it in his mind. Similarly, before creating this world, God imagined His creation, and from this initial idea, creation flowed through the other three stages, resulting in the planet Earth and us, humans who can ask the question, Why is the universe so finely tuned for our existence? No wonder the final product—the Earth inhabited by humans—is fit for our existence. It was designed to be.