In the aftermath of the Trump insurrectionists storming Congress, and given Israel’s deep and super-charged political cleavages, reinforced by weekly protests against PM Netanyahu, Israelis are asking: “Could It Happen Here?” The short answer: It already has.

Way back in 1952, while the MKs were in the midst of a serious debate, the Knesset building was attacked by irate Israelis from three directions, in two of them the rioters actually breeching heavily equipped police lines protecting the building. Some of the thousands of these demonstrators bombarded the Knesset with rocks thrown through its windows as well as tear gas canisters that were initially directed at the protesters hurled back, some penetrating the building and tearing up several MKs – several of whom required medical attention for their bruises and cuts.

The police then decided to resort to sterner measures when it became obvious that even their barricades and barbed wire were useless; they poured kerosene on the grounds and roads surrounding the Knesset and ignited it in order to deter the rioters from advancing any further. Reports at the time described the scene: it looked from afar as if the Knesset building itself was on fire! However, even this did not stop the riot: some demonstrators then went to the roofs of nearby buildings, throwing down torches on police and government vehicles in the hope that the fires would spread. Ultimately, none of the rioters managed to enter the Knesset itself, but without doubt this was the worst mayhem ever seen (to this day) during an Israeli protest demonstration.

What was that all about? The Israeli government – desperate for foreign currency in a calamitous economic situation (“the Tzenah”: restrictive recession), as the young state had to absorb close to a million new immigrants from 1949-1953 – had negotiated a treaty with West Germany: “reparations” for all the Jewish property that the Nazis had confiscated from the Jews. Opposition to the government’s policy was vociferous from the extreme Left (Stalinists) and extreme Right (Revisionist Herut), the latter led by Menachem Begin who was in the Knesset that riotous day. At one point, while the onslaught continued outside, he called PM Ben-Gurion a “hooligan”, leading to an uproar among the MKs. The Knesset Speaker demanded of Begin to retract his slur; Begin refused. As MKs from both camps began to menace each other – fistfights appeared to be imminent – the Speaker hastily adjourned the session.

Could it happen again? To answer that question, several things have to be considered. First, as opposed to Trump’s (and his insurrectionist supporters’) false claims about election fraud, the Reparations issue was real. Second, despite Trump having garnered over 70 million votes, polls show that only about half of those voting for him actually believe the claims of massive electoral fraud. In comparison, a Gallup poll taken in early 1952 as the Reparations issue hit its apogee, a full 80% of the Israeli public were against any deal with West Germany! In short, the ruling Israeli government back then was pushing a policy (however correct in hindsight) that a huge proportion of Israelis were against. Thus, Ben-Gurion was pursuing a treaty that the vast majority of the country’s democratic public opposed. Perhaps not a reason for justifying rioting, but certainly a basis for understanding why it occurred.

What are the parallels today? On the one hand, the Israeli Right’s claim of a “Deep State” working against Netanyahu personally and undermining the government’s policy in general, is patently false, for if that were true, how to explain the fact that Israel’s Right has ruled the country for most of the past 43 years – and that the Israeli public over the past three elections was not willing to give Netanyahu (and his political allies) a majority to rule? Thus, amorphous fake claims are hard to disprove (who exactly constitutes this “Deep State”?) and is fodder for conspiracy theories and irrational political behavior.

On the other hand, other than an extremely unlikely “peace treaty” with the Palestinians and concession of large chunks of Judea and Samaria to a Palestinian State, it is hard to see any issue in Israel in the foreseeable future that could garner violent, mass opposition to government policy. And even if that does occur (Israel has several very hot-headed “niche” sectors), there’s a huge difference between a country with as many guns as people (the U.S.) and one where firearms of all sorts are heavily regulated and limited in number.

In the short-to-medium term, just like Joe Biden is a conciliator, so too all of Bibi’s likely replacements are running on a unity platform: Saar, Lapid, Bennett. In the longer run, one final difference between these two allies should (hopefully) prove decisive: Israel cannot afford “civil war” – there are too many existential threats beyond its borders. One can call Israeli politics lots of things – rambunctious, loud, verbally virulent – but given all that, actual, physical, political violence is rare (only two Jew-against-Jew political murders in 72 years: Emil Grunzweig and Yitzchak Rabin). Hopefully, the latest (un)doings in Washington DC will be an object lesson for both countries. 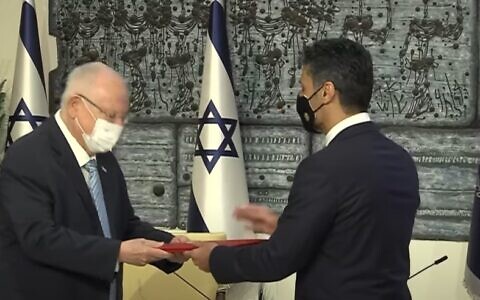 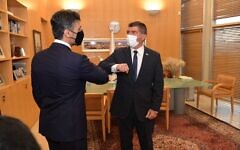