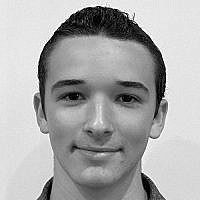 In much of the United States, it appears as though attitudes towards the Middle East’s only democracy are taking a turn for the worse. Just a couple weeks ago, the University of Illinois at Urbana-Champaign’s student government included a provision in favor of divesting from certain companies operating in Israel and the Palestinian territories in a resolution supporting the Black Lives Matter movement. At Columbia University, 61% of students who participated in a recent referendum voted in favor of divestment from companies that “profit from or engage in the State of Israel’s acts towards Palestinians.” In the words of BDS coordinator Olivia Katbi, “These campus BDS victories are indicative of the rapidly changing tide we’re seeing across the United States.”

In other disturbing news for supporters of Israel, San Francisco State University insisted on holding an event with Palestinian plane hijacker and terrorist heroine Leila Khaled until the videoconferencing platform Zoom stepped in to cancel the event. Separately, the influential Congresswoman Alexandria Ocasio-Cortez pulled out of an event honoring Yitzhak Rabin, a Nobel Peace Prize winner who was killed for his peace advocacy, because of pressure from Palestinian advocacy groups.

Yet ironically, the posture towards Israel is moving in the opposite direction in, of all places, the Arab World. Both Bahrain and the United Arab Emirates signed historic peace deals with the Jewish State in September, and relations are warming with numerous other Middle East and North African nations, including Saudi Arabia. Some have asked if the Palestinian stance may finally change, but could the paradigm shift in Muslim countries have an impact on attitudes in the United States as well?

What is clear is that the Arab World increasingly recognizes what many Americans do not: Israelis are ready for peace. According to one Channel 12 poll, 77% of Israeli respondents preferred the UAE-Israel peace accords to annexation of the West Bank. From the 1979 peace deal, when Israel ceded the entirety of the Sinai in exchange for peace with Egypt, to Ehud Olmert’s 2008 rejected offer to withdraw from 94% of the West Bank as part of a deal with the Palestinians, to this year’s Abraham Accords, Israelis have demonstrated repeatedly that they are ready and willing to make sacrifices for peace. Meanwhile, this summer Hamas chief Ismail Haniyeh flaunted his refusal of a promise of $15 billion in aid for the impoverished residents of the Gaza Strip conditioned on demilitarization. The Palestinians’ own brethren have acknowledged their intractable position and contrasted it with Israel’s, leading to the advancement of open relations. At the same time, in the United States it has become taboo in some circles to even associate themselves with the Jewish State yet accepted to affiliate with former Palestinian hijackers.

I believe it is imperative for Israel and its supporters to point to its newfound allies to corroborate the claim that Israel should be regarded as a partner in peace. While it is deeply disturbing that some choose to conflate racial injustice in America with the Palestinian cause and censure Israel, those who do so are failing to heed the cues coming from none other than Israel’s former adversaries. When even a Saudi prince appears on television to deride Palestinian leaders’ “failures” to strive for peace and a senior UAE minister openly refers to the boycott of Israel as a mistake, then surely student governments in the United States can grasp that Israel is not the impediment to a peace deal and that the ball is now in the Palestinians’ court. Of course, legitimate criticism of Israel and a fair debate over its government’s policies are important – Americans can and should monitor Israel’s actions in the Palestinian Territories, the growth of the settlements, and other issues. However, if some outside observers in the United States continue to adopt a position towards Israel that is more hostile than that of the actual Arab stakeholders in the region – utilizing counterintuitive boycotts while the Middle East moves towards reconciliation – then the motives of those critics must be called into question.

Israel is a pocket of liberalism and freedom in the tumultuous Middle East that certainly has many flaws, but is it not the pariah state that BDS desperately tries to portray it as. The Arab World’s affirmation of this may finally push Israel’s American doubters, as well as the Palestinians, to accept the Jewish State as well.

About the Author
Charles Covit is a high school student at the Abraham Joshua Heschel School in New York City and a close follower of American and Israeli politics.
Related Topics
Related Posts
Comments