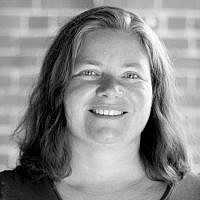 The Blogs
Zoë Lang
Apply for a Blog
Advertisement
Please note that the posts on The Blogs are contributed by third parties. The opinions, facts and any media content in them are presented solely by the authors, and neither The Times of Israel nor its partners assume any responsibility for them. Please contact us in case of abuse. In case of abuse,
Report this post. 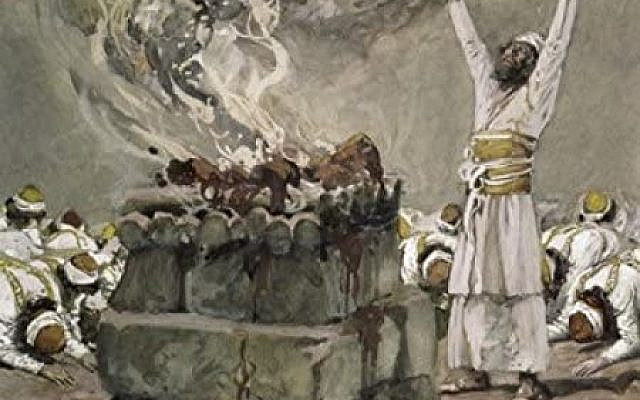 The dedication of the Mishkan is viewed as a day both of celebration and of tragedy. The nation gathers together for this momentous occasion, only to see Aaron’s two sons, Nadav and Avihu, killed in front of their collective eyes. But even before this tragic occurrence, the Torah suggests that there is another person who feels trepidation at this event.

In Leviticus 9:7, Moses makes a curious statement to Aaron, telling him to come near (קרב) to the altar to make the sacrifices. This fact should seem self-evident: of course whoever brings these offerings will need to approach the altar. Rashi suggests that Aaron’s hesitation stems from the fact that he feels “confounded and afraid” (בוש וירא). Further clarification is provided by in Targum Yonatan, in a vivid depiction: Aaron is tentative because he sees the form of a calf on the altar, and this figure reminds him of his previous sin with the Golden Calf. As per the Sifra, he is unsure if he is worthy of the responsibility that he is about to take on as Head Priest because he is uncertain that his crucial role in the prior incident will have been forgiven. Yet with Moses’ coaxing, Aaron goes ahead with the ceremony, offering sacrifices both for his own transgressions and for the sins of the people.

Targum Yonatan’s telling portrays Aaron as almost paralyzed by the weight of his previous failure to uphold the divine laws. Yet he is able to overcome his doubt to conduct the ceremony that provides him with absolution. There is a faint echo here to another episode of biblical failure: when Abraham was unable to save the people of Sodom from divine wrath. The morning after the destruction, Abraham returns to the plains so that he can witness the extent of the damage (Genesis 19:27-28). In Berachot 26a, the Talmud identifies this moment as the establishment of the morning prayer service. Faced with a disaster that he was unable to prevent, Abraham seeks continued dialogue with God.

The root of the word “korban” (sacrifice) is interpreted to mean “nearness,” a means of drawing closer to God through the physical act of providing an offering. Notably, it is the same root that Moses evokes in Leviticus 9:7 when he tells Aaron that the time to approach the altar has come. To borrow the language of the Sifra, moving toward the altar and taking on the obligation of the divine service allows Aaron to at last “dispel…from his heart” any remaining doubts he harbors about his prior transgression.

Aaron’s courage in the face of his fear can serve as a model for us all. While we may not have the tangible experience of the sacrificial offering, our prayer services provide a means to draw nearer to the Divine.

About the Author
Zoë Lang is on the faculty of Maimonides School in Brookline, where she teaches Jewish history. She is also the Director of Ma'ayan, an organization that creates text-based learning opportunities throughout the greater Boston area. She lives in Brighton, MA.
Related Topics
Related Posts
Comments