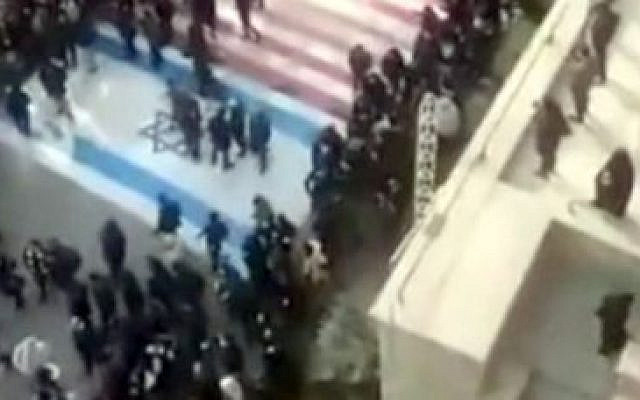 In surreal fashion, we were witness this week to the extreme juxtaposition of images from Iran. First, millions of people quite literally packed the streets and trampled each other to death in their show of mourning for General Qassem Soleimani, slain in a US airstrike. And then, suddenly, we see the young man in Tehran who climbed high up, kicking Soleimani’s face on a larger-than-life-sized banner in the street, surrounded by thousands of people chanting “death to the dictator.” Unlike the state ceremonies, however, the only view we get of this gathering reached us from the few and far between pieces that sneak out.

I was powerfully moved by the viral video of the students at Shahid Beheshti University, conscientiously walking on the small margin of pavement not covered by the massive Israeli and US flags painted on the ground for all to trample. The demonstrations we saw this week (not intended for the cameras) said something else was afoot. I don’t expect many Iranians to actually feel fondly for us. Although they should, how could they? The message they get at home is that we’re the worst scourge humanity has ever known. But to defy the government’s empty claims that we’re the source of all their woes, that we’re anathema to everything they hold dear… that takes courage in the Islamic Republic of Iran circa 2020. Those people were trying to represent themselves, and walk the walk affirming that they are free thinkers despite what the omnipotent regime looming over their lives does to them.

Any shred of credibility that this regime had, seems to have evaporated in the wake of the 3 days of denials delivered to their own people, and the world, in the immediate aftermath of shooting two anti-aircraft missiles at the ill-fated Ukrainian airliner as it took off from their own airport. The head of the Iranian civilian aviation authority, Ali Abedzadeh, has rightly faced much of the criticism. Abedzadeh had told reporters initially: “The story that the plane was shot down by a rocket cannot be true under any circumstances … It is impossible from the scientific point of view.” The Ayatollah and President Rouhani claimed they didn’t know until the third day upon completion of an internal investigation. Nobody bought it. Not this time.

Reporters Without Borders ranks Iran as 170th in the world press freedom index out of 180 countries they examine. They report that state control of news and public information is relentless, and at least 860 journalists have been imprisoned or executed since 1979. They claim “Independent journalists, citizen-journalists and independent media are constantly subjected to intimidation, arbitrary arrest and long jail sentences imposed by revolutionary courts at the end of unfair trials.”

Take this in context when considering the following: Gellare Jabbari was a senior newscaster at Islamic Republic of Iran Broadcasting (IRIB), until this week when she apologized to Iranians “for the 13 years I told you lies.” The high profile resignations this week from the IRIB, so public on social media, of Gellare Jabbari, Saba Rad, and Zahra Khatami were unprecedented. I’ll have to admit, I was unfamiliar with their work. But I’m well aware of their poisonous messaging over the many years. These people were the face of the regime. Many countries around the world have state controlled media, consisting of presenters who appear on sterile television screens in every household, telling the people what the government wants them to know. In these myriad of countries, there is no such thing as free and open internet. This week, these senior public figures literally apologized for, in some cases, decades of state promoted lies. A defection on this level, to me, is hard to comprehend. It is incredibly courageous. It is, perhaps for the first time from them, extremely credible.

The stand these Iranian journalists have taken has had such a profound impact on me given that I feel I work in the opposite television news environment. At i24News, we live on standby to cover the world’s breaking stories, and most intently, every event of import in and around Israel. We do so with the top priority on accurate information, provided as quickly as possible from the source, and with every angle of the story. We are always keeping ourselves and each other in check, and the diverse staff is filled with intellectual freethinkers, one seemingly more interesting than the next. I imagine many Western television newsrooms feel the same way. But in Iran? Nothing close to that environment has existed in that country, really ever. For these people to come out now, throwing it all away, risking their lives… is one of the most remarkable things I’ve witnessed in my many years of closely following events in the country dubbed by George W. Bush as a key pillar of the “Axis of Evil.”

I’m inspired by the brave people of Tehran and elsewhere in Iran that have displayed the self fortitude to stand up and go against those in power, and are likely representative of so many more not wanting to take the deadly risk of disparaging the regime in public. I only hope we find a way of helping them overcome it. 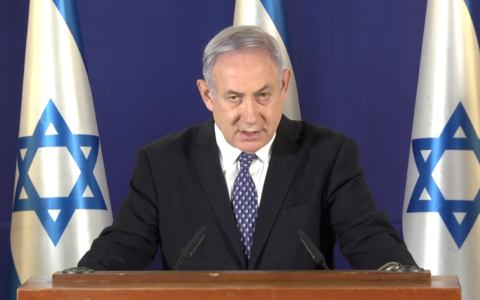 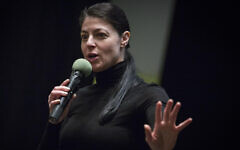 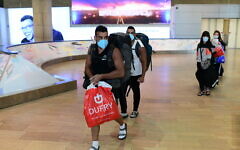 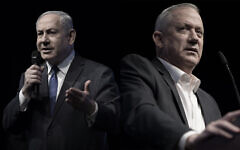 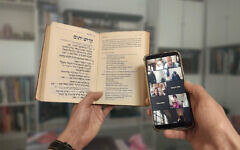