On the eve of the Jewish New Year, Israel is facing perhaps the most monumental challenge in its history: that of averting total collapse and starting the long and difficult road to rehabilitation. In a period in which breakdown is everywhere apparent — medically, economically, politically, socially — the blame game is in full swing. Everyone seems to have redeeming (and usually conflicting) advice, but nobody takes responsibility. Uncertainty, tension and unpredictability fill the air. The only obvious consensus resolves around the need to change course and begin the slow, excruciating, and absolutely critical process of trying to put Humpty Dumpty together again.

The key question, of course, is how to go about doing so. Reams of paper, endless hours of (mostly virtual) conferences, and thousands of discussions in the media, the press, and on social networks have yielded many plans, programs and detailed timetables on how to proceed from here. Few however, have taken pause to unpack the various components of the present tailspin, understand the dynamics that have led Israel — and other countries as well — to this nadir, and begin to think about how to systematically design the steps needed to effect a turnaround in the coming year.

For this, it is necessary to take a step back: to return to history and to study the comparative experiences of other countries, to internalize the positive and negative lessons gleaned, and, on this basis, to proceed ahead. The current, constantly broadening, crisis facing Israel did not sprout up overnight. It is the culmination of a complex set of patterns with strong roots in the past, which was systematically set in motion over a decade ago. The COVID-19 pandemic has exacerbated and further complicated these symptoms, rendering almost every aspect of Israeli life in disrepair. Israel’s reconfiguration depends, therefore, on its ability to take immediate steps to halt the tailspin and devise long-term strategies for reconstructing its essential foundations.

Israel on the eve of the beginning of the third decade of the 21st century was already in considerable disarray, in the midst of four distinct yet interconnecting crises. The first was of an ascending political-governmental order. Following the rise in tensions within the Netanyahu-led right-wing coalition, in late 2018, a decision was made to call new elections. The country had been divided politically along sociological and also ideological lines, and, during the course of 2019, polarization was further fueled for electoral purposes. At the beginning of 2020, after two inconclusive election cycles and on the eve of a third, political instability had set in.

The governmental crisis was compounded by a second, distinct, malady: a marked erosion of Israel’s democratic regime. The weakening of Israel’s liberal features involved not only a curtailment of individual-civic and collective-minority rights, but also a substantial weakening of institutional checks and balances (especially the opposition, the Knesset, the judiciary), democratic guardrails (the media, civil society) and, as a result, the accountability of elected officials to the public. As power became increasingly centralized around the executive branch, it also became substantially concentrated in the hands of Benjamin Netanyahu, who, by the beginning of this year, was also on the verge of indictment on several counts of corruption, fraud and breach of trust. The democratic rules of the game that dictated a modicum of adherence to norms of probity, tolerance and forbearance were jettisoned in favor of a populism that inevitably further accentuated societal schisms. What had initially begun as an effort to undermine substantive aspects of Israel democracy began to undercut its formal ones as well.

Almost surreptitiously, the festering political and democratic instability was accompanied by a comprehensive crisis of governance. Israel has always been considered a strong state, with highly development administrative organs, bureaucratic capabilities and enforcement agencies—the essence of state organs. Yet the differential control over resources by the right-wing-religious bloc and the inequitable access to these same goods and services by other portions of the population (especially, but not exclusively, Arabs citizens of the country) had already created a remarkable degree of dissonance. This was reinforced by political exigencies which demanded distorting public priorities to suit the needs of the Likud power base, consequently weakening the relative autonomy of the state from society and exposing it to multiple pressures from diverse political quarters. It is hardly surprising that priorities shifted accordingly, favoritism flourished (as well as its corollary, corruption in official quarters), and that government capacities contracted. Civil society, which shadows the state, became in turn more confrontational. The Israeli state had become less efficient and effective as time has progressed, bringing it by the beginning of 2020 to the brink of ungovernability.

The governmental, regime and state crises worked together to entrench public distrust not only in politicians, but also in the system in its entirety. With no confidence either in the motives for decisions, not to speak of their wisdom or the ability to carry them out, public confidence ebbed. The belief in the ability to bring a change was further dashed when the third round of elections in early March, 2020, just as the coronavirus began to appear in Israel’s firmament, once again ended with no decisive winner.

Israel therefore faced the onset of the pandemic enfeebled in many respects, with very few tools to deal with its vagaries. It possessed no elected government, no budget, no solidarity, no clear geographic boundaries and little hope. The course of the pandemic has only served to intensify and solidify these trends—and to accelerate the downturn.

The dynamics of these past few months are well known. After a quick and effective effort to curb the initial spread of the virus, after the formation of a duopolistic—and increasingly dysfunctional—government headed yet again by a now-indicted Netanyahu, all-around laxness has set in. The task of reinforcing the precarious scaffolding has been replaced by ongoing procrastination, plans for overhauling the edifice have been delayed by constantly shifting policies, resistance to confusing dictates has mounted, and the coronavirus is spreading almost beyond control. As chaos spreads, wary politicians stake out their own turfs, community leaders desperately try to provide some recourse for their constituencies, and most Israelis are barely coping in the midst of growing pandemonium. It is even more important now to design and begin to implement a way forward.

Two working assumptions should guide such an effort. The first is that disentangling Israel from its present conundrum cannot mean either reverting back to the past or freezing (an essentially unworkable) status quo. It requires a series of courageous compromises on the part of all segments of Israeli society. The second is that immediate — and extraordinarily painful — steps must not obstruct the long-term structural reordering necessary for reconfiguring the foundations of Israel’s democracy and the robustness of its state.

The initial steps needed now have become crystal clear in recent weeks. Prime Minister Netanyahu must go. His presence in the Israeli public sphere has wreaked unbelievable havoc and his continued control at the helm has proved a disaster. To achieve this goal all sides are going to have to give more than they imagined. Netanyahu supporters should encourage his resignation in return for the withdrawal of the charges against him. His opponents must put aside their quest for revenge and agree to his retirement from public life. No country has succeeded in resolving its political crisis without removing the person directly involved in its making.

In tandem, Netanyahu’s ouster must be accompanied by the establishment of a wall-to-wall coalition. Such a step does not require new elections. It does call for an inclusive government which does give representation in to all the parties in the present Knesset. This would be, by definition, an emergency government with a brief to stem the spread of the pandemic, to agree on a budget for 2021 forthwith, and to put in place educational, social welfare and infrastructural policies to deal with the crisis. Such an embracing government is critical not only for pragmatic purposes, but also to begin to break the social fault lines that have impeded progress to date. No highly polarized state has been able to successfully combat the pandemic. The higher the public trust, the greater the success.

After a while, the road may be clear to holding new elections and continuing the battle to reviving Israel’s democracy (so closely related to ending the occupation and securing Israel’s international legitimacy) and thereby also contributing to the resilience of its state. All this is well within the realm of possibility. Shana Tova. 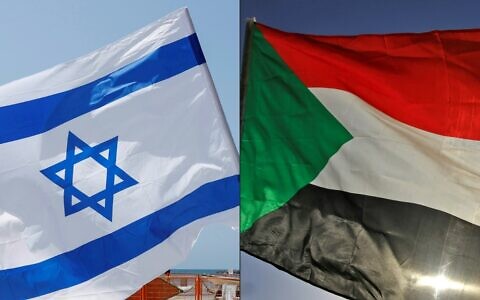 An Israeli embassy in Khartoum? Not so fast. This peace deal may take some time
Raphael Ahren 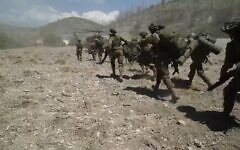 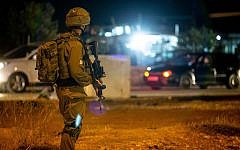 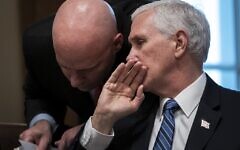 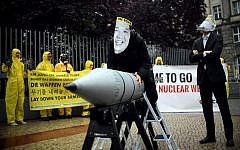 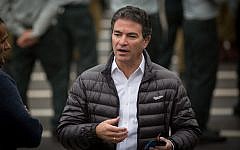