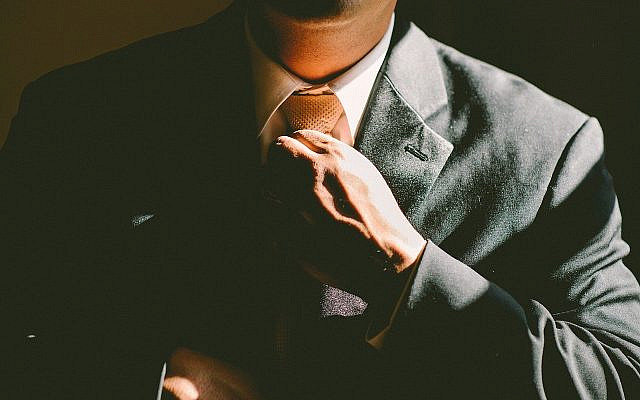 Our clothes are closely connected to our body and our identity. They have the power to disguise who we are, represent who we are, and even shape who we are.

Clothing plays an important role in this week’s parsha and in the prior ones as well. When Yosef goes to greet his brothers, they strip him of his cloak of many colors, throwing him naked into the pit. He is being stripped of his identity, left naked, without anything to indicate his origins. He is being told – you are not one of us, we do not recognize you.

The brothers then take Yosef’s cloak back to Yaakov, asking him to identify it as belonging to Yosef. The cloak here is not only proof of what happened to Yosef, it represents Yosef. It is his son’s dead, bloodied body that is being brought before him to recognize, bury, and mourn over. Clothing here is a representation of us and our identity.

What happened to Yaakov was payback for what Yaakov himself did earlier to his brother with the aid of a piece of clothing. Yaakov dresses himself in Esav’s garments, misrepresenting himself to his father, so that he may appear to be Esav and receive the blessing. In this story, the clothes are being worn falsely, and what would have been a representation of who we are is now a misrepresentation; a disguise and a deceit.

If old clothing represents our identity, and another’s clothing disguises it, then new clothing can shape and redefine it.  Pharaoh calls for Yosef to appear before him, and Yosef is taken from the dungeon, bathed, given new clothes, and presented to Pharaoh. Those who come before Pharaoh must look appropriate and cannot be dressed like a slave, so clothing here is, initially, just a proper way of presenting oneself to the outside world. But it becomes something more. In the act of making Yosef the viceroy, Pharaoh “arrayed him in vestures of fine linen, and put a gold chain about his neck.” (Gen. 41:42). And with these new clothes comes a new name:  “And Pharaoh called Joseph’s name Zaphenath-paneah.” (v. 45). Yosef is no longer the “נַעַר עִבְרִי – a Hebrew lad” as he was earlier (v. 12). He is now an Egyptian, with an Egyptian name.

By wearing the royal clothes, Yosef was not reflecting his existing identity, he was embracing a new one. There are times when this type of change could be for the worst. Yosef could have totally abandoned his roots and become a full Egyptian. But there are many times where it could be for the better. Wearing these new clothes made it possible for a different side of Yosef to come out, one that we had not seen before – not the boyish dreamer always looking for approval, but the strong, wise and powerful man, with the strength to stand up to and lead others. This other side was always in him; it was just able to come out when he wore his new clothes not as a disguise, but as a way of embracing his new identity.

Sometimes this might start out as aspirational before it becomes real. We can imagine that Yosef’s transformation did not happen overnight. He might have worn these clothes when they were still a little too big for him. But over time he grew into them and they wound up fitting perfectly.

Social scientists have a term for the way clothing can shape our identity and self-perception; the term is “enclothed cognition.” Enclothed cognition is the idea that our clothing impacts not only the way others see us, but the way we see ourselves. In a 2012 experiment performed by Hajo Adam and Adam D. Galinsky, people wearing lab coats consistently scored higher on an experimental task than those wearing their regular clothing. When we look at the lab coat that we are wearing, it makes us – perhaps totally on a subconscious level – feel and think a certain way about ourselves. It brings out a part of us that may not always be expressed – a disposition of professionalism and attention to detail, say – and it gets our minds working in a different way. We begin to express the role and identity that is communicated to us through our clothing. 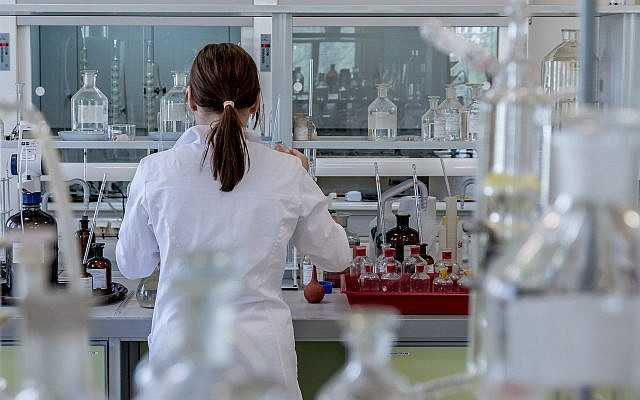 Most of us don’t want to be the same person at all times. We want to be relaxed and fun at home, competitive and athletic when playing sports, and professional and respectful when at work. Our clothes help us do this. They allow us to be different expressions of ourselves.

Now, in the COVID era, we don’t have as many of those opportunities as we used to. For those working from home, like myself, we find ourselves in pretty much the same clothing all the time. Never fully relaxed, never fully professional. We are often wearing more or less the same thing all the time. Before COVID, I would wear a button-down shirt and slacks at home, and a suit and tie at the yeshiva. Now, I am dressed pretty much the same way all the time – slacks and a button-down shirt, with a tie thrown in every now and then. We’ve gone from a world in which we could embrace different parts of our identity at different times and in different settings, to one in which everything is a mish-mash all the time. There is no longer Yom Tov and the weekday – it’s always Hol HaMoed! And I miss the way it used to be. I miss being able to fully bring out my rabbinic self while at yeshiva and wearing a suit, and my family-oriented self when at home and wearing slacks. Right now, I’m always a little of each, but never full one or the other. And I can only assume that I am not alone in this feeling.

G-d willing, the vaccine will be distributed and prove to be effective, and we will start to move back into society as it was. There is a lot to look forward to, things much more significant than the clothes that we will be wearing. But one of the things I believe many will be glad to see return is the opportunity to wear different clothes at different times, to bring out and express different parts of who we are.

Many of us probably have five suits or sets of work and dress clothes in our closets that haven’t been worn in close to a year. May we soon have an opportunity to wear them, so that we can once again give fuller expression to those different parts of who we are and who we want to be.