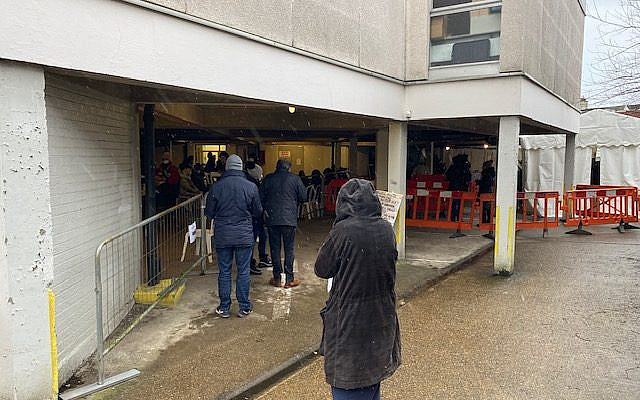 I received my first Covid vaccination earlier this week and I have to tell you that the effects were immediate. They began with visions of Bill Gates instructing me to follow the rules. At that point I noticed I was being followed down the road by what can only be described as a large 5G metal antenna. This device began to pick up its pace and eventually chased me down an alleyway, where a drone hovered above, as if I was being tracked and I ended up down a dead end. Shortly after, I could feel I was turning into a tomato???

Before anyone quotes me, as there is always one, let me say, except for the part about having a jab, the rest did not happen. But it’s quite extraordinary how some people within our community, still believe in these ridicules conspiracy theories.

Even if they accept that there is a virus called Covid, “But many more people die from the flu”, a neighbour opined to me last week. I replied, “But that’s not true” and proceeded to point out the facts.

So far, more than four times as many people worldwide have died from Covid. Those that survive, well some of them, have all sorts of long term health issues, including body pain, chronic fatigue and sometimes, difficulty in breathing normally. In addition, almost every single country in the world does NOT lock down for flu. So why do we prefer to listen to the “bloke” in the shul down the road, instead of the overwhelming medical experts across the world?

Another neighbour remarked on how it was a “Chillel Hashem” for a Jewish newspaper, (not the Jewish Weekly) to print a story of the regular illegal weddings taking place in Stamford Hill. This person went on to say, “We cannot stop weddings. Young people need to get married – it’s our way of life.”

I replied, “A wedding needs a Chupah, Mesadeh Kiddushin and two witnesses – You don’t need 200 people to sit down at a 5-course meal with dazzling dancing in between courses and music that makes your ears pop.”

My response didn’t go down too well because the reply was, many of the guests are family members in any case.

I happen to be in one of the safest shuls in town, where the windows and back doors are open, ushering in a whiff of cold fresh air, circulating the Beis Hamedrash. Everyone wears masks over their mouth and nose and we exercise the one metre ruling. We do it to protect each other as we have lost several members of our shul, to this dreadful plague. The official figures of Jewish burials related to Covid in the UK today, has reached just under 850.

I recall older folk calling one of the phone-in shows on LBC Radio last month, saying during the blitz, the rule was clear – when you hear the sirens at night, you turn out your lights. But one gentleman explained there were some who refused to adhere to the rules because, “It infringed on my personal freedom and right to choose.”

The problem was in keeping his lights on, he put everyone else in danger, as the German bombers didn’t care which civilians they killed.

Ve’Nishmartem Meod Lenafshoseichem is what comes to mind when we ignore the danger and come into contact with people, outside our immediate circle. Someone who erroneously believes, “If I’m alright Jack, it’s OK” is foolish.

Just for the record, I believe in going to shul and learning, if the environment can be made safe. I believe in getting our kids back to school and ourselves back to work again, if we can do so safely. The vaccine distribution is making excellent progress in the UK and we have a clear path ahead. But to ignore the rules completely, hold illegal weddings and create hatred against our community has got to be wrong on all levels. We should be setting the example, not causing people to loath and hate us.