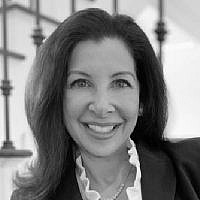 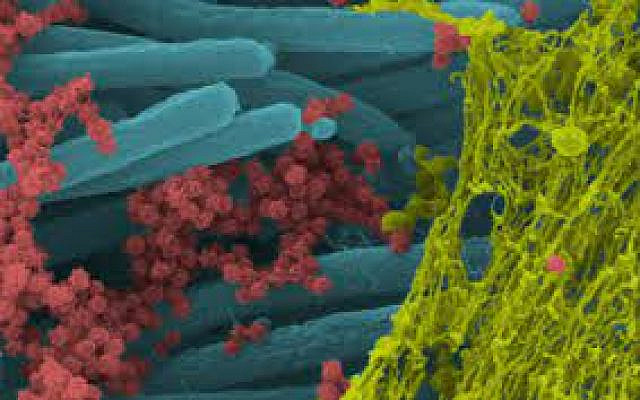 According to the CDC, there have been over 50 million cases of COVID-19 in the United States and over 800,000 deaths. 77 percent of people have had at least one vaccination, and as tempting as it is to point out the political affiliation of the group with the largest number of jabs in arms, I believe this statistic has become somewhat irrelevant.

For so many, the vaccine meant a return to life as we knew it: family and friend gatherings without masks and lots of hugging and togetherness reminiscent of the way life used to be. I remember counting down the days to “safety” with my friends. Two weeks after the last of us got his second dose, we gratefully celebrated an amazing Passover Seder together. Unfortunately, we were lulled into a false sense of security and as the summer progressed, so did talk of a booster. We weren’t as safe as we thought.

By September, reports of breakthrough cases became the norm in my little corner of the world, and the rising number of cases rivaled pre-vaccine conditions. Rapid home tests became readily available, but also provided a sobering refresher on high-school science and the definition of false-positives and false-negatives. At the end of the day, some of us grew tired of dealing with it and let our guard down, others were criticized for being unnecessarily vigilant.

Despite pre-vaccine numbers, our governor did not issue another mask mandate, food stores no longer sanitized carts or restricted numbers, social distancing was a thing of the past, and mask-wearing became infrequent. Once again, Facebook boasted photos of friends at bars, sporting, and music events, sans-masks, pretending that the alarming numbers don’t exist. The pandemic hadn’t eased up, but our behavior has.

It is undeniable that misinformation and politicization of this disease have contributed to irresponsible behavior, but it feels as though COVID Fatigue Syndrome is immune to political affiliation.

The Omicron variant was first detected in the US at the end of November. News outlets had a field day reporting that it spreads quickly and furiously and is of grave concern. For a while there, it felt like March 2020 all over again. A particularly catchy headline on NPR news a few days ago read, “From Blood Clots to Infected Neurons, How COVID Threatens the Brain.” I’m not making light of any of these assertions, quite the opposite: I’m concerned that those suffering from a more severe case of COVID fatigue, will ignore both click-bait style headlines, as well as scientifically-backed statistics.

Shutting our eyes to reality and practicing our own watered-down version of safety measures will not prevent this virus from spreading.

Many universities including Cornell, George Washington, and Tulane canceled in-person gatherings, and sporting events and moved classes and final exams online. At my daughter’s university, COVID positive cases rose from 0.2% to over 10% in a matter of days. All events which were up and running with no masks required, due to such low COVID positivity numbers, came to a swift halt overnight. Even the dining halls converted to carry-out-only options. The parents’ Facebook page, comprising over 6,000 extremely involved parents, exploded with concern. Countless posts regarding flights, testing, quarantine procedures, finals, and winter break logistics created equal amounts of angst and support, especially among the parents of on-campus students who could potentially be stuck in a quarantine hotel over break. Most concerning to me are the reports of students who have had a booster but still got sick, students who have had Delta and are now sick with Omicron, and the inaccuracy of rapid tests.

Testing too soon from the date of potential exposure, relying solely on rapid tests, not masking, and not adhering to basic hygiene protocols are not helping the situation. I know we are tired. I get it. I am too. But if the relatively consistent projections are any indication, we are in for another not-so-fun January. And we can only combat this if we can get on the same page. It seems that even among like-minded people “precautions” wildly vary.

An inordinate amount of misinformation and unwarranted hyping of the situation have not helped. But even with all the bad PR, some things remain basic:

Are we right back to March 2020? Hell, no. We’ve learned a few things. The vaccines are not a perfect answer, but they work and, along with masks and basic common sense and hygiene, they’re the best we’ve got. We now have ways to protect the immunocompromised and elderly populations, as well as unvaccinated children. Am I 100% sure all this will work? No. But I’m willing to give it a shot.

Are you tired? So am I. But so what? That shouldn’t deter us from staying the course and doing the right thing.