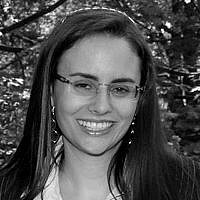 The Blogs
Raysh Weiss
Apply for a Blog
Please note that the posts on The Blogs are contributed by third parties. The opinions, facts and any media content in them are presented solely by the authors, and neither The Times of Israel nor its partners assume any responsibility for them. Please contact us in case of abuse. In case of abuse,
Report this post.

After a brief, opening recap of the Israelite tribes that had descended to Egypt, the biblical book of Exodus, in its eighth verse, introduces us to the new Pharaoh. In the very next verse, we are startled by this new Pharaoh’s declaration that the Israelites, sojourning among them, have become too great in number. And only one verse later, the new Pharaoh hatches a plan to curb the perceived power of the growing Israelite population in his realm, lest they pose a threat to the “real” Egyptians. Pharaoh’s incitement to preemptively quash what he views as the looming threat of the Israelites, notoriously sets the scene for all that is to follow – our ancestors’ enslavement and suffering for hundreds of years, as well as the permanent and powerful  memory of that collective trauma that is embedded in western culture in general and in Jewish culture in particular.

As we begin the book of Exodus anew this year, I am especially struck by the abrupt and transformative quality of the book’s first recorded verbal statement. We know virtually nothing about the new Pharaoh, except, of course, for the clearly negative answer that what we know about him would elicit to the age-old question “Is he/she/it good for the Jews?”  Notably, the verse informs us that Pharaoh specifically addresses “his people,” underscoring the rift between Egyptians and Israelites that will only widen with time.  Also notably, Pharaoh is the first figure to refer to the children of Israel suddenly as an “עם,” a people or nation, further driving a wedge between “us” and “them.” With his words, Pharaoh transforms a peaceful familial group of foreign residents into an invasive, looming threat to “his people,” the “real” Egyptians.

Contrast Pharaoh’s words – the first words to be spoken in the book of Exodus – with the more iconic opening utterance of the book of Genesis, the first book of the Torah, where we read God’s generative proclamation, “Let there be light” (Gen. 1:3). Strikingly, we notice a reverse phenomenon to what we just encountered at the outset of the book of Exodus: whereas Exodus opens with a listing of names, which suggests both rooted peaceful identity and order and then descends into chaos and darkness with Pharaoh’s fear-mongering, Genesis initially invites us into a world of swirling, undifferentiated, amorphous disorder, only to be redeemed and irrevocably transformed by God’s two words, “יהי אור,” (let there be light) that immediately brought forward goodness in the world.

We have much to learn from the dramatic consequences of both of these opening utterances.  From the book of Genesis, we learn of the power of words literally to create permanently transformative elements in our world, and from the book of Exodus, we learn of the darker power words, to poison and to divide. Both of the opening verbal statements found in the first two books of the Bible remind us of the extreme, long-term potency of what we say.

Our words are the externalized vehicles of our thoughts, the dress rehearsal space for our actions.  Our words provide the framework in our thoughts for justifying our physical actions.  As Maimonides cautions, when we weaponize our thoughts with sinful intention, we sully that irreplaceable image of God in which we are all created (Guide for the Perplexed 3:8). Tellingly, when Moses rebukes his fellow Israelite, he asks him “why will you strike your fellow?” (Exodus 2:13).  Expounding on this scene in the Babylonian Talmud (Sanhedrin 58b), Resh Lakish, notes that Moses rebukes the man’s intended action – “why will you strike.”  Resh Lakish then explains that even the act of raising one’s hand against one’s friend without actually striking him is, in itself, reprehensible.  The very gesture, whether verbal or physical, of threat is equivalent in heinousness to the actual carrying out of the deed itself.  Indeed, we are expressly forbidden from causing pain to others, even with words; in our tradition, this is referred to as Onaat Devarim, oppression wrought by words (this is a negative commandment derived from Lev. 25:17 in Bava Metzia 58b). When our thoughts — even before they assume material form — become manifest to others, they immediately begin to have an enormously broad effect, rippling out intractably beyond our wildest dreams.

Words can also build and heal. Words can unite and create.  Torah study is an example of a positive commandment we perform through the purifying power of words and thoughts. The all-important mitzvah of repentance is also achieved through the redemptive power of words. Before Passover, we can clear out the chametz in our homes with a broom, but to purge the chametz in our souls, we begin within the intangible realm of our words and thoughts.

In the words of our president-elect, our words have the power either inspire or incite. In the case of the opening utterance of Genesis, God’s declaration of light set into motion a radiant universe of warmth, order, and connection; in the case of the first spoken words of Exodus, words promoted discord and violence.  Let us make no mistake – the transhistorical begins with what we say and how we say it.

The above is based on a dvar Torah I delivered on Friday night, January 8, 2021.