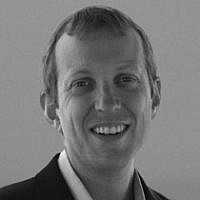 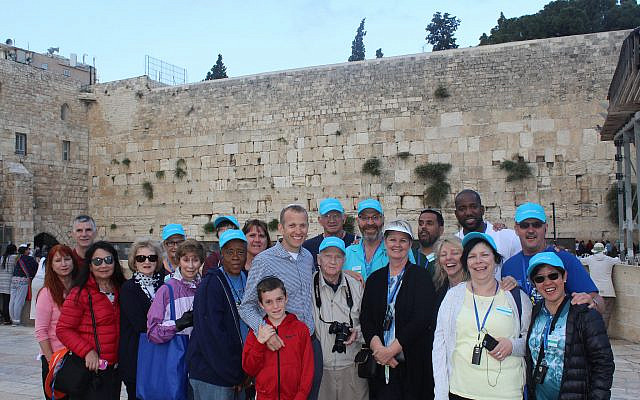 In 1981, following Israel’s attack on Iraq’s nuclear reactor, the international community united in condemnation of Israel. A young pastor from San Antonio was outraged and felt that, if anything, the world should be thanking Israel for making it a safer place.

John Hagee began reaching out to local rabbis and invited them to attend a “Night to Honor Israel” but the Jewish community turned him away; he was an Evangelical after all. Thankfully, one out-of-the-box ultra-Orthodox rabbi, Aryeh Scheinberg, agreed to participate. That ‘Night to Honor Israel’ in San Antonio, launched a movement of Christians United for Israel that has been growing vigorously for the past four decades.

Today, CUFI boasts more members than there are Jews in America; however, once again in this crisis, much of the world is uniting against Israel. And so, while the IDF has been scoring points on the battlefield, Israel is losing this war badly.

Unlike 40 years ago, (unlike even 10 years ago!) in this latest round of fighting between Israel and Islamist terrorists, influential pro-Palestinian rallies are erupting in cities around the world. This relatively new and fast-growing phenomenon is capturing the news cycle and penetrating Capitol Hill. Pro-Palestinian voices are drowning out the pro-Israel voices at an alarming rate in this conflict.

The demonization of Israel is not only occurring at the street level. Videos streaming from Gaza are going viral and allowing Hamas to take the upper hand in the fight over the narrative on social media. A digital intifada has exploded on TikTok, Instagram, Twitter, and Facebook as hateful, anti-semitic propaganda has overwhelmed these platforms.

Israel is losing the critical fight over truth and justice while the Palestinians are quickly influencing the hearts and minds of young people all over the world. And so, while democratic Israel is under relentless rocket attacks by terrorists, celebrities and other influencers are embracing Hamas.

Mark Twain said that “A lie can travel halfway around the world while the truth is putting on its shoes.” Over the past ten days, the Palestinian narrative has swept through the media and overwhelmed popular culture before the pro-Israel community got its shoes on.

It is therefore critical that Jews everywhere immediately reach out to our Evangelical brothers and sisters to build alliances out of our common support for Israel. Our influential and numerous Christian friends are looking for relationships with their local Jewish communities, and we must embrace their sincere efforts.

I began reaching out this week to my colleagues in the rabbinate across the U.S., particularly those with synagogues in the Bible Belt. I was disappointed to hear much of the usual, knee-jerk dismissals that have immobilized the Jewish community on this kind of outreach for decades. “Can we really trust them? Don’t they all just want to kill us and convert us?” These paralyzing fears are well-grounded in Jewish history but are simply irresponsible today.

Having worked closely with Evangelicals for ten years now as the founder of Israel365, I often tell Jewish groups that today’s Christians are not our grandparents’ goyim. Many of our Christian friends reject the vile replacement theology that led to Christian anti-Semitism throughout history and sincerely support Israel and the Jewish people – with no strings attached.

Ron Dermer, Israel’s previous ambassador to the United States recently stated in an interview: “People have to understand that the backbone of Israel’s support in the United States is the evangelical Christians. It’s true because of numbers and also because of their passionate and unequivocal support for Israel.”

In a similar vein, the Jerusalem Post quoted Reverend Johnnie Moore, “Like usual, in a nanosecond, millions of Evangelicals activated, beginning with their leaders.”

“Evangelicals pressed pause on their lives to defend the State of Israel and the Jewish people against Hamas terrorists and their Iranian backers. Our community pushed back online in response to the disinformation coming from the terrorists, reached out to politicians obsessively, and this weekend tens of millions will pray for Israel in their churches,” said Moore.

Tens of millions of Christians are praying for Israel right now, and that is something the Jewish people must appreciate. However, even God Himself told Moses that when the enemy is attacking, we need more than prayer.

Following the Exodus, the Children of Israel had their backs against the Red Sea with the Egyptians pursuing them. Moses turned to God in desperate prayer, to which the Almighty responded, “Why do you cry out to Me? Tell the Israelites to go forward!” (Exodus 14:15)

This coming Shabbat, thousands of rabbis will be dedicating their sermons to Israel and saying extra prayers for the safety of her citizens. On Sunday morning, tens of thousands of Pastors will be doing the same. And on Sunday afternoon, Jews and Christians will be coming together and praying with their feet at rallies all across the country and online.

Israel365 set up a website to promote this weekend’s pro-Israel rallies and to encourage Evangelical Christians to participate, and I hope they arrive in droves. If you are at a rally and meet a Christian friend of Israel, make sure to not only thank them for their support but go a step further and find ways to deepen relationships between Jews and Christians on a local level.

Forty years ago, an unprecedented movement for Israel started when one pastor and one rabbi began a friendship. In 1981, there were not millions of Christians united for Israel, but in 2021, thank God, there are. We must not take our Evangelical friends for granted but do everything we can to build relationships with them and stand together for Israel since what unites us is much stronger than what divides us.