Who has been watching “Travelers” on Netflix? I’ve just finished the second season, and it’s no surprise that this show is among Netflix’s top 10 most “marathoned” shows. Not sure what that term means exactly, but guessing that viewers are gobbling up multiple episodes in a sitting. I did, for sure. This sci-fi series posits that travelers from far in the future are popping back into the twenty-first century to fix our mistakes and save humanity from a dreadful fate. The show follows a team of travelers headed by Eric McCormack (“Will and Grace”), who has taken over the body of an FBI agent and moved into his life. That’s how the travelers operate: they slip their consciousness into the bodies of people about to die. Of course, that results in complications with the people who knew the original person. Jared Abrahamson plays a traveler who takes over the body of a creepy, bullying high-school football player and astounds everyone by suddenly becoming a super nice guy.

The pacing of this show is great, and the plot twists by creator Brad Wright and his writing team are intriguing, while the scripts provide the characters with real personalities. I like science fiction so maybe I’m predisposed, but this show reminds me a little of the original “X-Files,” which is back, I’m delighted to report, but without the portentousness. The backstory of the travelers gets more complicated in the second season, as usual, but since I can never follow these meta narratives too closely, I focus on the individual episodes, which are plenty satisfying. Check it out. Perfect for this cold weather, when you’re stuck inside.

And Now to the Movies

I’ve seen several foreign films lately, the best of which is “The Insult,” a French-Lebanese project that has been shortlisted for the Academy Award for Best Foreign Language Film. Written and directed by Ziad Doueiri, the movie delves into the deep animosity between Lebanese Christians and the Palestinian refugees who have lived there for many decades. Doueiri left Lebanon during its vicious civil war to study film at San Diego State. His previous film “The Attack” dealt with the suspicion an Israeli Arab surgeon faces when his wife is discovered to be a suicide bomber. In “The Insult,” a relatively minor conflict between a Lebanese mechanic and a Palestinian construction foreman balloons into a major court trial, where what is really being debated is the burden of guilt different communities bear for the atrocities committed during Lebanon’s civil war. The culture portrayed in the film is deeply damaged, so riven with resentment and hatred that any little thing can lead to violence. “I wish Ariel Sharon had wiped you all out,” Tony screams at Yasser, referring to the massacre at Sabra and Shatila. (That massacre was carried out by Christian militias, not the IDF.) The wounds of war never heal here; they fester and become gangrenous. Each group memorializes an idyllic past while blaming the others for its destruction. Actors Adel Karam and Kamel El Basha as Tony and Yasser respectively are excellent, and Doueiri keeps the tension at a simmer until it explodes.

It was easier to feel superior to these cultures before it became obvious how divided and resentful we are in our own country. The national politics depicted here may come as a surprise to many, which is all to the good. We need reminders about how dangerous internal divisions can be.

“Happy End” is the latest from Michael Haneke, and is a sequel of sorts to “Amour,” his majestic tribute to long-term love and the terrors of old age. Once more starring Jean-Louis Trintignant, this time as a wealthy businessman, and Isabelle Huppert as his hard-driving daughter, “Happy End” is set in Calais rather than Paris, and is a return to Haneke’s frosty view of human relationships and life itself. A large, affluent family lives together in a huge house. Georges Laurent (Trintignant) is sliding into dementia and wants to die. His daughter Anne runs the family construction business, which she hopes to pass down to her son Pierre. That’s complicated by the fact that Pierre is an alcoholic and incapable of running anything. Georges’ son Thomas and his second wife and baby son live there too. The family is disrupted when Thomas’s teenage daughter Eve (Fantine Hardouin) arrives after her mother is hospitalized with an overdose. Eve herself attempts suicide after her mother dies. Pierre disrupts a family party by bringing African migrants into the celebration. None of this sturm and drang is presented with the emotional tenor you’d expect. Rather, it’s a series of events dispassionately viewed with no comment. Life is hard and people are unreliable.

Haneke opens the film with cell phone footage and text messages that seem to imply that Eve had something to do with her mother’s hospitalization. Later, George tells her how he smothered his suffering wife (which happens in “Amour”) and tells her he has no regrets. The difference is that in “Amour” this is an act of compassion and love, and there’s none of that in “Happy End.” Haneke makes generous use of all the different kinds of footage common today, from smartphones to surveillance cameras, which gives the film a contemporary gloss, but it’s classic Haneke nevertheless.

“Vazante” is the first solo directorial project for Daniela Thomas, who was a member of the creative team of the 2016 Rio Olympics Opening Ceremonies. Filmed in gorgeous black-and-white, the film is set in early 19th-century Brazil. When Antonio (Adriano Carvalho) returns home to his remote estate in the mountains from a trading expedition, he discovers that his wife has just died during childbirth. Bitterly disappointed and grief-stricken, Antonio sulks around for a while, leaving the acclimation of the slaves he’s bought to his overseer. Finally, he notices his late wife’s young niece Beatriz (Luana Nastas),, who lives on the estate with her family, and marries her. After her family leaves, the teenage Beatriz slides into a deep depression and finds some solace with a young slave boy, Virgilio (Vinicius Dos Anjos). Not much more happens, though we get a sense of the isolation and difficulty of daily life in a Brazilian plantation, and there’s a subplot about the slaves and a brutal new overseer. That subplot never really connects to the story of Antonio and Beatriz, however, and just drifts away.

“Vazante” is never less than beautiful visually, but it’s extraordinarily tedious to watch. Thomas loves long, slow shots with little dialogue, and the characters always seems to be iconic figures in a fable rather than real people. Her themes of exploitation, slavery, and the brutalization of women seem ripe for dramatic treatment, but we don’t get that here. Instead, we have a series of gorgeous tableaus that never come to life.

There are a lot of good, grownup English-language movies in the theaters right now and I’m working my way through them. We’ll save that for the next post, closer to the Oscars. Happy viewing. 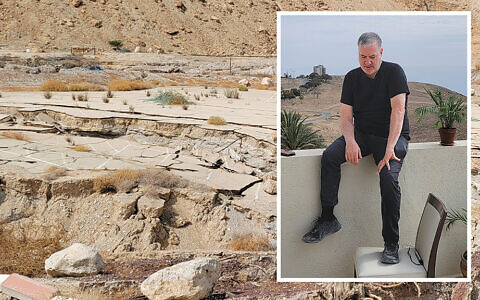 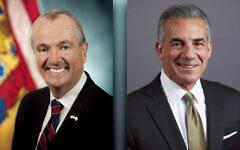 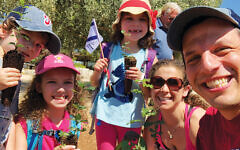 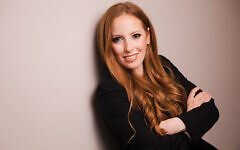 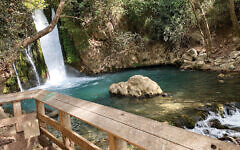 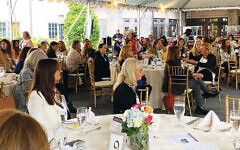