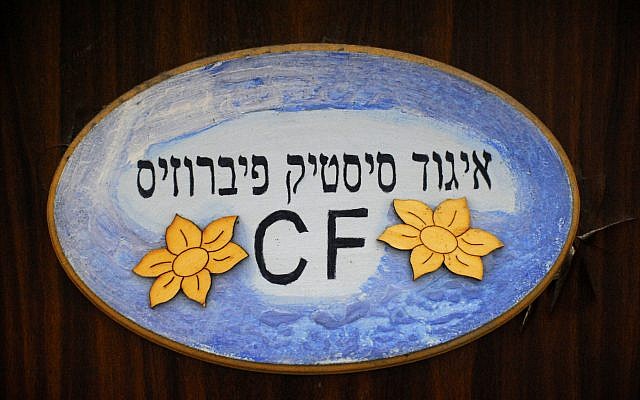 Two years ago, Israel became only the fourth country in the world — after the U.S., Germany and Belgium — to agree to underwrite the cost of Vertex Pharmaceuticals’ three available therapies for cystic fibrosis patients: Kalydeco (ivacaftor), Orkambi (ivacaftor/lumacaftor) and Symdeko (tezacaftor/ivacaftor).

But that’s not enough for the Cystic Fibrosis Foundation of Israel (CFFI).

The Tel Aviv-based nonprofit is now pushing Israel’s Ministry of Health to include Vertex’s latest CF drug, the triple-combo therapy Trikafta, in its 2021 health basket.

“We are very proud of what we’ve achieved. It happened because we prioritized this as our goal, and I hope we can repeat our success with Trikafta next year,” said CFFI General Director Merav Meir.

Trikafta, a combination of elexacaftor, ivacaftor and tezacaftor, carries a U.S. retail price of $315,000 a year. It won U.S. Food and Drug Administration (FDA) approval in October 2019 for use in patients 12 and older with at least one F508del defect in the cystic fibrosis transmembrane conductance regulator (CFTR) gene.

“Because it was approved only in October, we were late for this current basket for 2020,” Meir said. “But we’re doing everything we can to make sure it goes into the basket for 2021. Few of our patients who have private insurance — which is almost impossible in Israel for those with CF — can already get Trikafta, and some are getting it through compassionate use.” 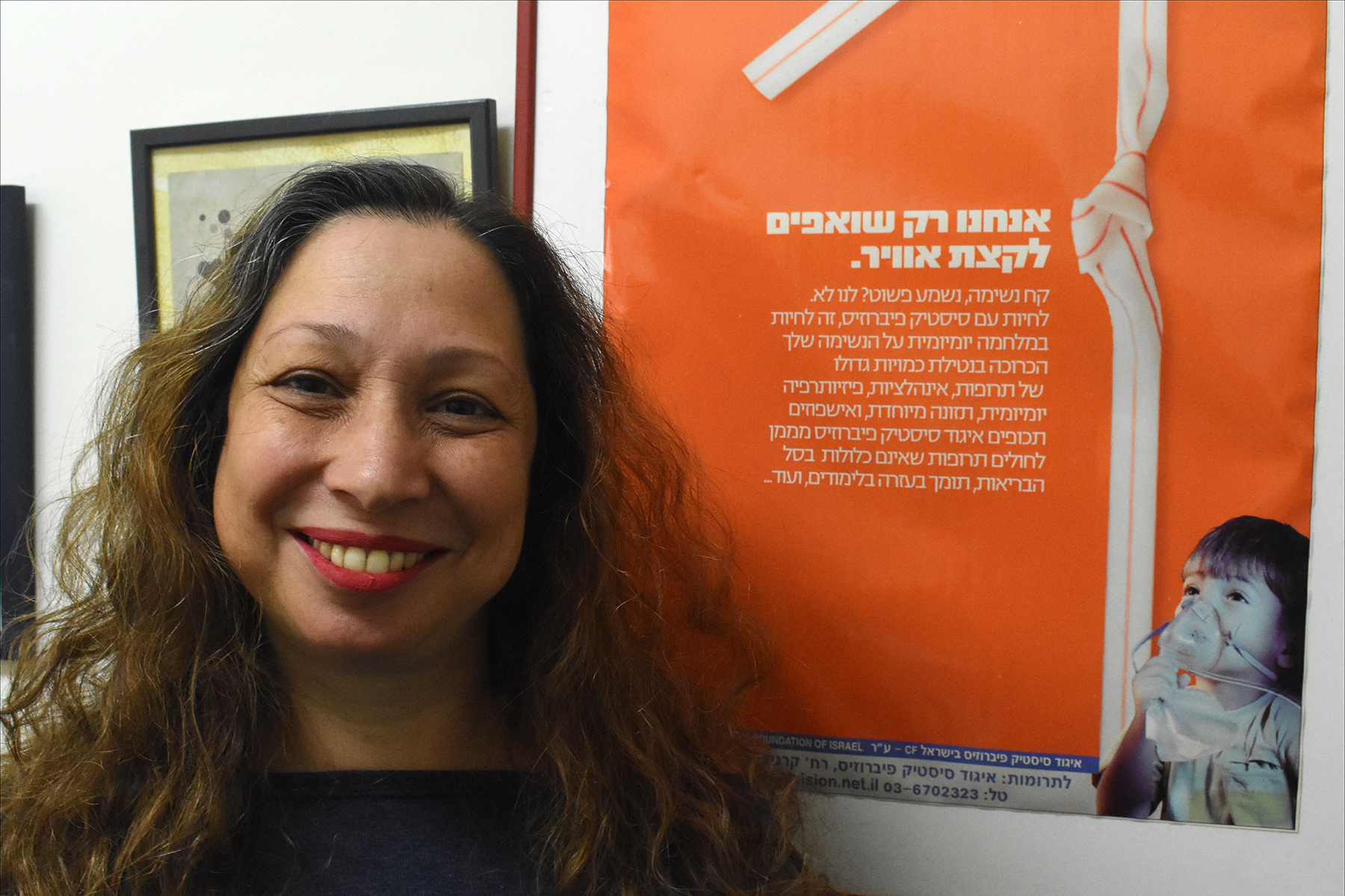 CF is a particular problem in Israel, because of the variety of ethnicities. It was long believed that Ashkenazi Jews were far more likely to be born with the disease than the general population.

Yet the disease has shown up among Sephardic Jews of Moroccan and Tunisian origin, as well as among Arabs and black Jews from Ethiopia. As a result, Israel, with 9.1 million inhabitants, is home to 350,000 CF carriers and 680 patients; about a third of them are Arab Israelis.

“Most Arab Israeli patients avoid home visits by health professionals due to trust issues. In addition, cultural differences and language barriers lead to a lack of understanding of medical information, which results in lack of adherence to medical treatment,” says CFFI’s website.

“Lung function tests have shown that Arab Israeli CF patients hardly perform lung drainage physiotherapy at home,” it adds. “Since lung drainage is one of the most essential lifesaving treatments for CF patients, this behavior could result in lower life expectancy, higher rates of hospitalization and poor quality of life.”

However, with physiotherapy now covered by Israel’s national health system thanks to CFFI’s lobbying efforts, the organization said it’s seen dramatically improved response to treatment, including among the Arab population. 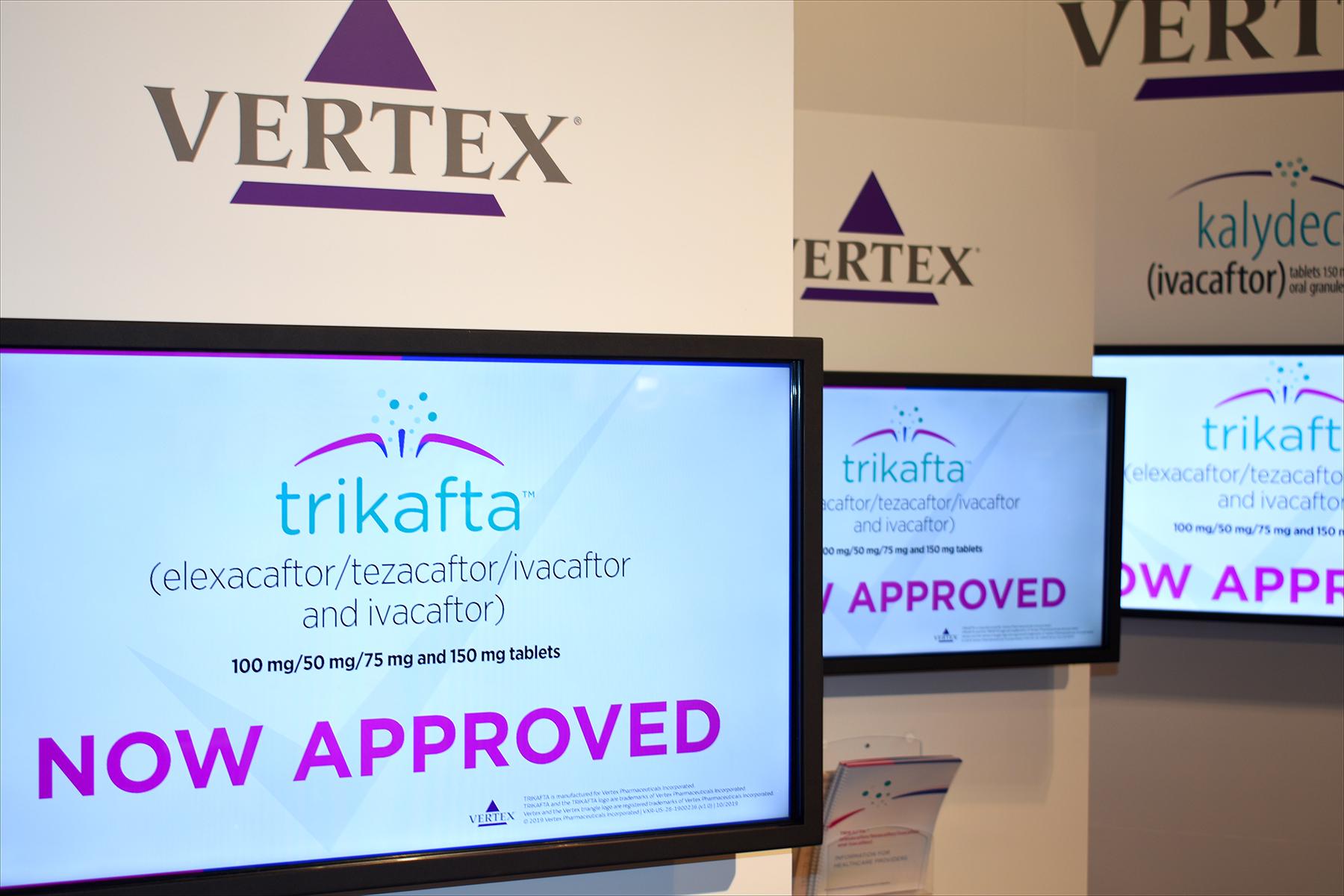 “There’s so much going on in CF research now,” she said. “Just recently, I was having a conversation with a few patients who can now get Trikafta privately through their health insurance, and I was crying on the phone. Some of them couldn’t speak, out of excitement. I can’t explain their happiness.”

Meir’s charity employs two people full-time and operates on an annual budget of NIS 2.6 million. The organization was established in 1967, at a time when there was little knowledge in Israel about CF. Soon after that, the country’s first cystic fibrosis clinic opened at Tel HaShomer Hospital’s Sheba Medical Center.

In addition, Beilinson Hospital in Petah Tikva operates a transplant clinic; to date, 67 Israeli CF patients have undergone lung transplants, according to Meir.

Ori Inbar, chairman of CFFI’s board, said Israeli authorities approved Kalydeco in January 2014. Orkambi won approval in January 2017 after CFFI showed that it extended patients’ lives by eight years; Symdeko got the green light in January 2018.

Not just an Ashkenazi disease

At present, 12 patients in Israel are on Kalydeco, which is a single therapy that benefits about 3-5% of all CF patients. Nearly 100 patients are on Symdeko, he said. 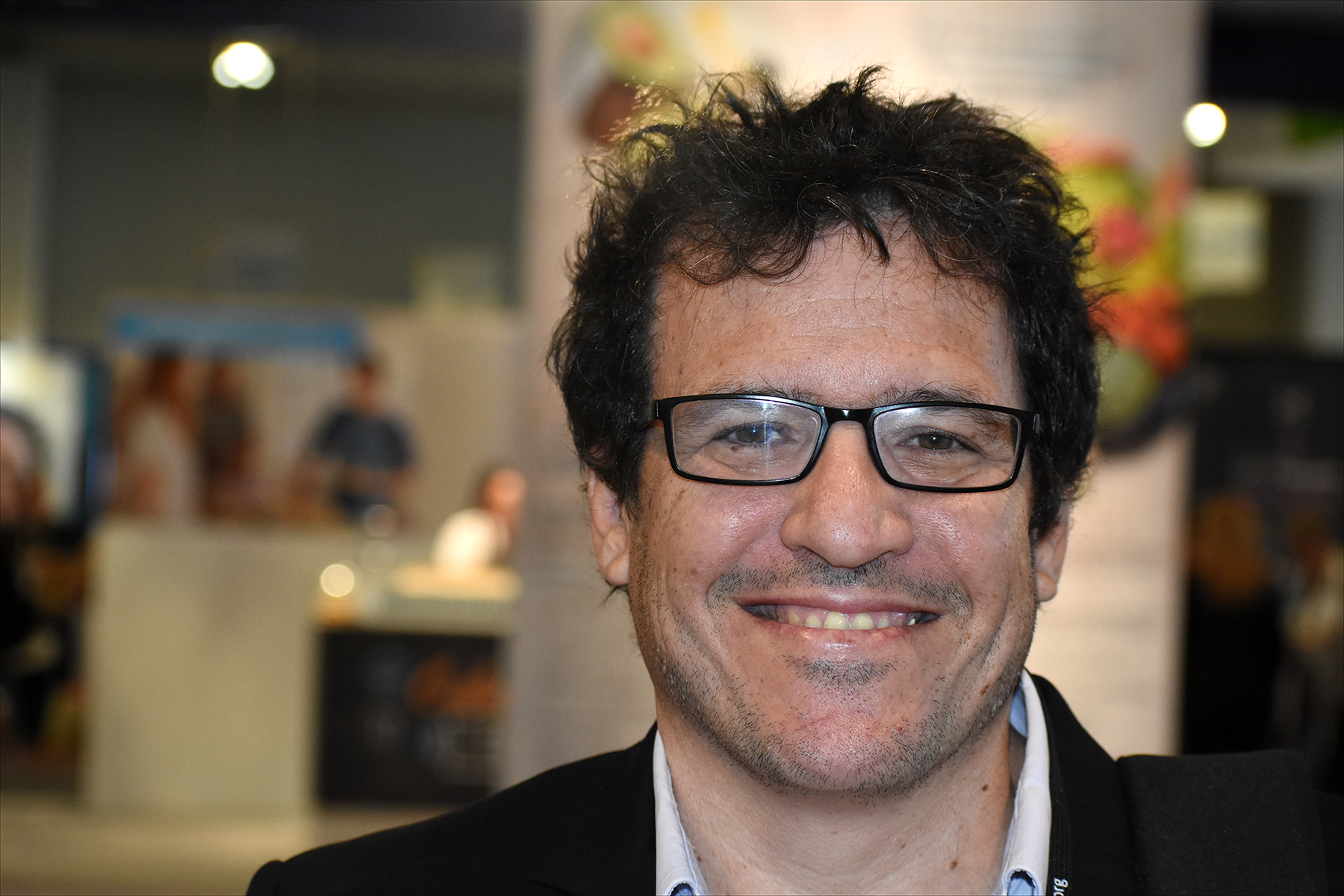 Orkambi, used by another 48 patients in Israel, is for those with a homozygous mutation, which accounts for most patients in the U.S. and Europe, but only 30% of Israelis with CF. According to Inbar, that’s because the distribution of mutations among Ashkenazim differs from those of other Caucasians. In addition, Sephardic Jews — those from predominantly Muslim countries — have a variety of other mutations; so do black Jewish immigrants from Ethiopia.

This has led to misconceptions, he said.

“Many physicians here don’t diagnose CF soon enough because they think it’s an Ashkenazi disease,” said Inbar, a geneticist who’s worked in biotech for 20 years. “But that’s just a misconception, because it’s very easy to diagnose 95% of Ashkenazim with only five mutations. As a result, many people who are not Ashkenazi were not diagnosed in time, and irreversible damage took place.”

That’s what happened to Inbar’s wife, Maya, a CF carrier whose mutation — N1303K — came from the Ashkenazi side of her family. Upon learning she was pregnant, Maya was tested for CF and given the all-clear.

“But we knew nothing about the Iraqi side,” he said. “Nobody told me about the residual risk, that the test comes back negative but you could still be a carrier. The doctors should have told me that the Iraqi Jewish diaspora is not well-covered. They were negligent.” 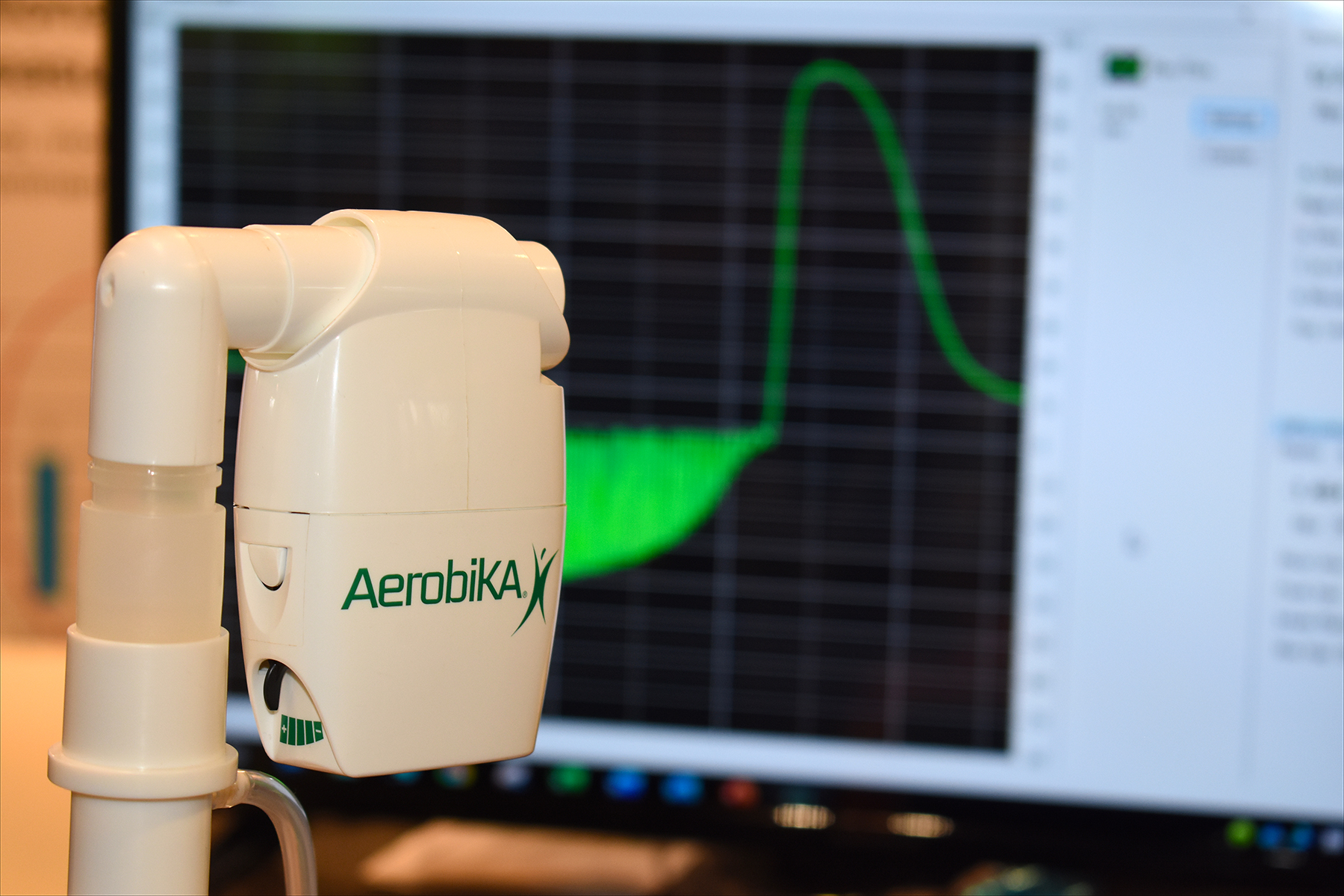 Their son, Yonatan, was born with meconium ileus, or thick intestinal mucus, which affects 15% of all CF patients. Three days after he was born, doctors had to perform emergency surgery on the infant, cutting out part of his small intestine. The surgeons assumed Yonatan did not have CF because his parents had tested negative. If they had, Inbar said, most likely they could have treated the meconium ileus without surgery.

“The failure of the genetic test led to that,” he said. “We sued six parties, and three of them settled out of court.”

Inbar added: “Today, we have a serious life-threatening genetic disorder whose prevalence for being a carrier is 1 in 30 — yet the test used in Israel provides a sensitivity of only 50% if you’re not 100% Ashkenazi, and that’s a huge shame. I’m really angry about this. They are using very old technology. Today, there are 72 known mutations in Israel, and they’re testing only 14. We want to move to a different technology where you can scan hundreds of mutations.”

Currently, newborns in Israel are screened for 12 diseases including phenylketonuria, maple syrup urine disease and hypothyroidism, but not CF — even though most European countries now routinely screen for the disease. This is despite the fact that Israel ranks first worldwide when it comes to prenatal carrier screening for CF.

Couples who are both found to be carriers, doctors suggest ways to have children who will be CF-free. This program has managed to decrease the overall rate of newborns with CF, but the genetic panel itself is inefficient, Inbar said, because it provides only 50% accuracy for Israelis who are not Ashkenazi Jews. 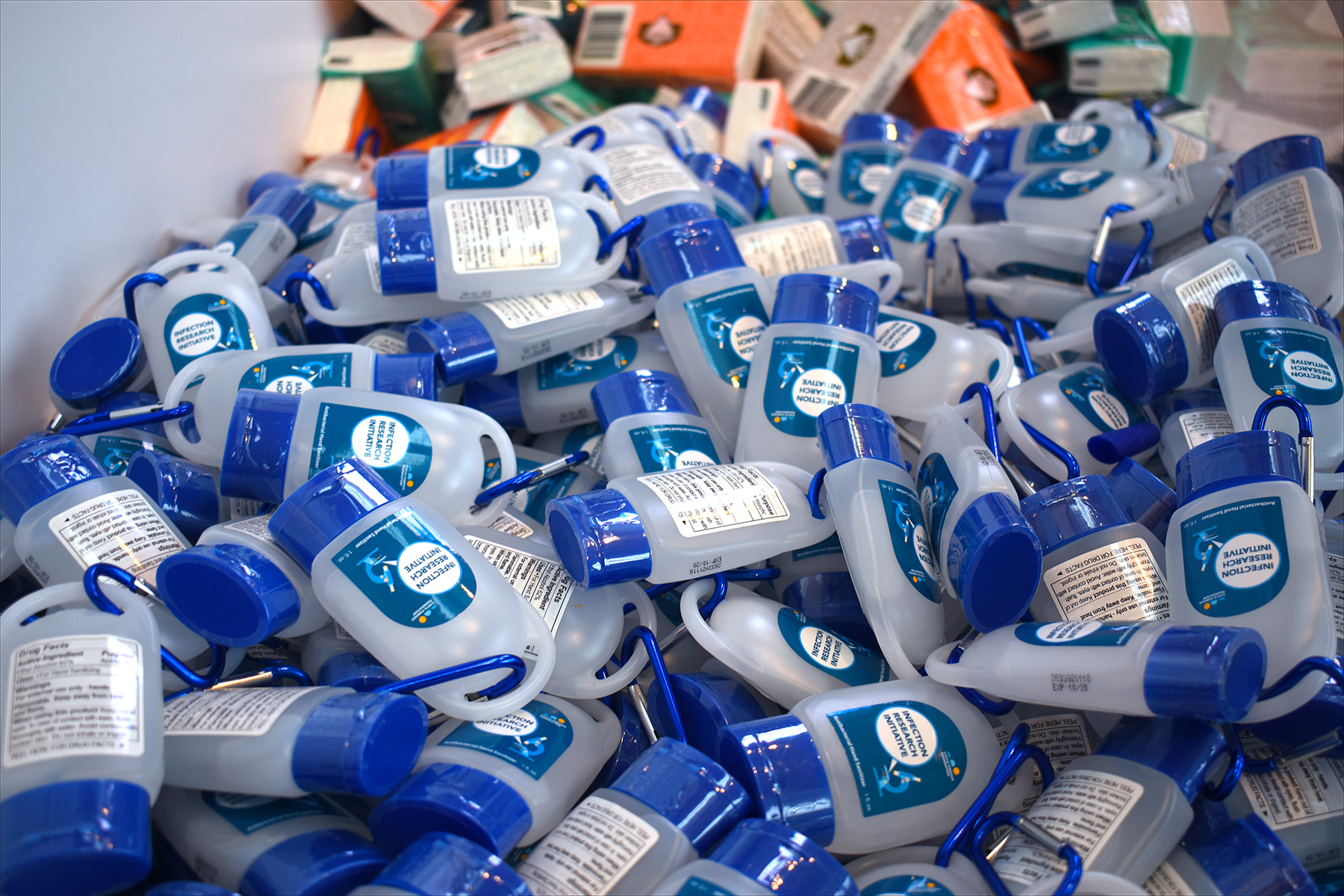 Tiny plastic bottles of hand sanitizer are distributed by the Cystic Fibrosis Foundation at NACFC 2019 in Nashville, Tenn., to prevent contamination. (Larry Luxner)

Every year in Israel, he said, about 15 people are diagnosed with CF. One-third are the offspring of parents who were tested and came back negative. In the remaining two-thirds of cases, the parents didn’t take the test to begin with.

“For six years we’ve been fighting for newborn screening to be included in the health basket,” Inbar said. “It would help for babies to be diagnosed very early so they could get earlier treatment. We know it would improve the quality of life, and life expectancy. But it’s still not included.”

Inbar said CFFI’s priority is to improve patients’ access to CFTR modulators, particularly Trikafta, “because they make so much of a difference” in their lives.

“This year, our main goal will be to get Trikafta included in the health basket,” he said. “Vertex tested this drug in Israel, and luckily, the performance of this therapy is amazing. But its price is enormous. We hope that will come down because it has so much potential.”