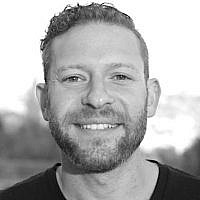 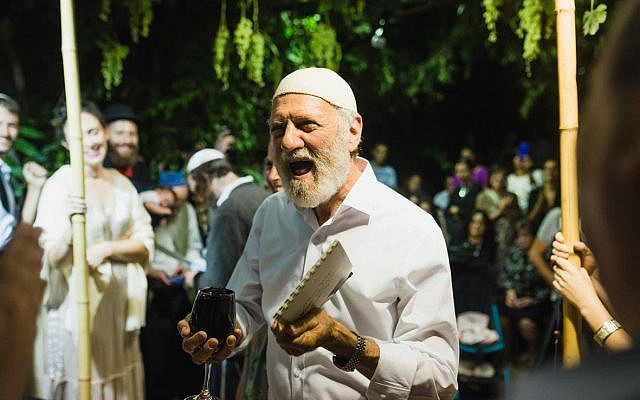 Something divine transpired at the burial of our dear brother, teacher, friend, father, husband and grandfather, Nachman Futterman.

The sun had just fully set behind the majestic trees escorting The Mountain of Rest. As loved ones finished trickling out five of us remained. Nachman’s holy son Psachya came closer again to his father’s grave again before leaving. Then there was only Akiva Gersh, Pesach Dovid Stadlin, Kalman Gavriel Delmoor, Paz Faigenbaum & I. Originally we were singing the appropriate sweet yet somber songs of Shlomo but as Psachya left Akiva insisted on singing a very upbeat lofty and cheerful Shlomo tune. I didn’t originally join in as I was still crying but Akiva’s voice grew insistently stronger. At one point I had my hand around Kalman’s shoulder and as he was about to share a revelation with me Akiva turned and motioned to us with his heart & hands, reminding not to talk but to sing. As Akiva stomped his foot to the rhythm on the holy soil we joined in and eventually the five of us were beyond united in happy melody and finally got into it. 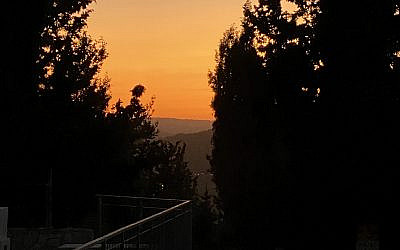 As the chanting eventually came to a close I thanked Akiva for enabling us to dance Nachman into the Garden of Eden since earlier we solemnly sang and escorted Nachman out of this world. Akiva expressed that he felt it was divine intervention that Pesach Stadlin appeared during the joyous melody since this was the melody that Nachman would sing for up to an hour straight at the Pesach Seder on Passover. Akiva also apologized and clarified that the reason he was so insistent that no one talk and that we sing is because Nachman, like Shlomo Carlebach, only ever did that when people were speaking while others were singing. I of course agreed and replied that it was for the best because before, only I would have gotten to hear Kalman‘s revelation but now we all get to hear it. Kalman shared that he realized that ‘giving is opening’ which we all agreed that if anyone knew Nachman they would know that’s totally him and totally something he would say even if it’s not something he specifically has said before. 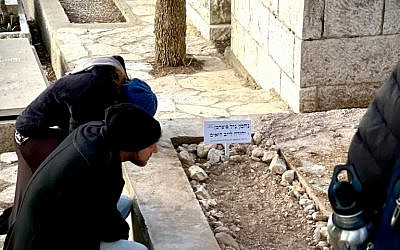 Open your hearts here’s where the story begins.

Earlier, during the burial I saw Nachman‘s name written on a different grave but he was listed as the father of a boy. I thought oh, he must have buried his son here. Now here we are finishing this upbeat lofty and cheerful tune and our eyes lift up to Nachman & Miriam’s son‘s grave situated right in front of Nachman‘s fresh grave upon which it is written “Yehuda Eliyahu the son of Nachman Yerachmiel, 1991-1995”. ‘’Oh!!’’ Akiva shouted. “That’s why Nachman would sing this exact melody every single Passover Seder! This is the melody Shlomo composed at Yehuda Eliyahu’s Bris Milah ceremony!” At that moment Akiva whipped out his video phone and showed us the video of Shlomo composing this exact melody literally at the meal of the circumcision of Yehuda Eliyahu Futterman, Nachman & Miriam’s son who passed away at the young age of four to Leukemia and who’s matured grave we were standing over! 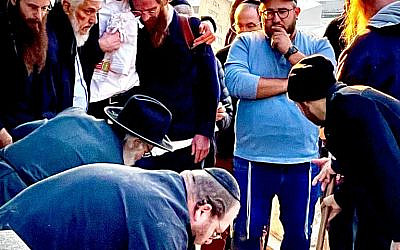 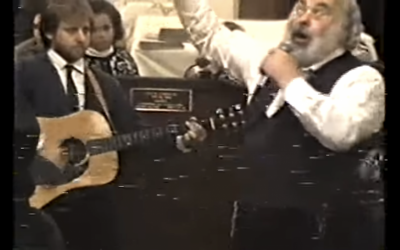 We could not believe what had just transpired. We unknowingly, unnaturally and even forcibly were dancing the tune that Shlomo composed at Yehuda Eliyahu’s Brit Milah ceremony, at Yehuda Eliyahu‘s grave, moments after his father Nachman’s body was lowered into his grave, at the moment Nachman & and Yehuda Eliyahu were reuniting in the Garden of Eden. 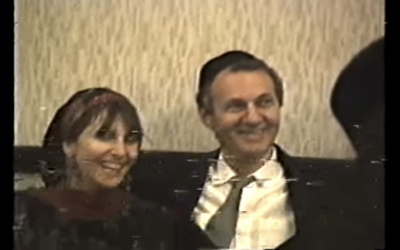 The last thing Nachman Futterman said to me was; “Think good and it will be good”.

What was the last thing Nachman said to you?

May Nachman’s family be comforted among the mourners of Jerusalem and may Nachman’s soul continue to be infinitely elevated. 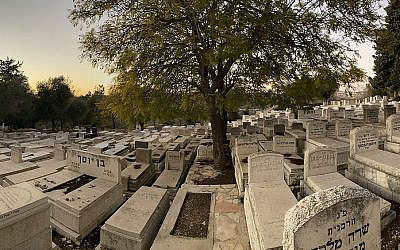 About the Author
“If you want true peace, it begins with ourselves, our families, our friends, our nation, and then worldwide.” With this visionary statement, New York-born singer-songwriter Mayer Malik reveals his mission to heal the world through music. Music has always been an imperative part of Malik’s life. His grandmother gave him a violin when he was 3 years old. This was the turning point for Malik where began his life-long love of melody. As an adolescent, Malik stumbled upon an electric bass while rummaging through the attic of his stepfather's New York City pizza shop. Continuing his love of stringed instruments, while in high school the musician decided to pick up a guitar and after much persistence, he took guitar lessons from Grammy Award-winning guitarist and songwriter C Lanzbom. After graduating high school, 17-year-old Malik packed his bags and relocated to Israel. Yearning for mental liberation, the musician spent his time hitchhiking, journaling and crafting poems inspired by his surroundings. While on this quest, Malik supplemented his income by singing for tour groups, which eventually led to performing in front of 100,000 soldiers. He became known as the “Face of Jerusalem.” Around the same time, Malik had the life-changing opportunity to share the stage with Grammy Award-winning Alicia Keys in Jerusalem. This event led to additional tv show appearances and several write ups, boosting Malik’s popularity in the area. The next several years brought the budding artist to even higher levels of success. The artist gained the attention of former Geffen Music and Interscope Music President Ronny Vance (Tupac, Gwen Stefani, Stalbumhen Sondheim). Under Vance’s mentorship, Malik released his debut album, DEAR GOD, in 2018 under the moniker, YM. The album achieved great success, including charting on Billboard’s Christian Chart and Mid-Atlantic chart peaking at #17 and #5 respectively, all without any marketing. While promoting the album, Malik had the opportunity to tour throughout the Americas, United Kingdom, Europe, Finland, Denmark, Sweden and Norway performing at popular venues in all the major cities. After the 2020 global pandemic forced Malik to cut his promotional tour short and return home, Malik continued to develop his unique musical style. That same year, Malik met Dutch producer Boaz van De Beatz (Diplo, Mike Posner) who empowered the artist to build his own home studio. Recorded at Beatz studio, Malik’s upcoming album sets out to inspire listeners to enjoy all the beauty the world has to offer. Through his new body of work, Malik continues his mission to help create peace, sharing with the world his message that “there is no shame in shining, from one side of the world to the other.”
Related Topics
Related Posts
Comments