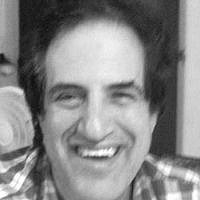 The Blogs
F.E. King
Apply for a Blog
Please note that the posts on The Blogs are contributed by third parties. The opinions, facts and any media content in them are presented solely by the authors, and neither The Times of Israel nor its partners assume any responsibility for them. Please contact us in case of abuse. In case of abuse,
Report this post.

Jewish tradition is to have a Memorial Service at 30 days. Last night I attended this service. I got there an hour early and made it inside. The lobby entrance with large screens weren’t enough. Thousands gathered outside on King George street which was closed. The very moving ceremony allowed me to reflect on what this past month means, for all of us in Israel, around the world, my family , and me.

My son is in his second year of regular army service in the Israel Defense Forces (IDF). He has been away for several weeks and we don’t hear from him for days at end. I worry about him staying safe, even as I know he is highly motivated doing his duty protecting us all back home. A buzz at the door, even a delivery of dog food, puts all of us parents on edge.

My weekdays balance work and attending funerals (like Max Steinberg – the very young American who made Aliya to be a lone soldier and die as an Israeli hero in Gaza in Israel’s Operation Protective Edge operation. It is sad that so many civilians on both side have to die.

As we now see with 20:20 hindsight Divine Providence dragged us into this war to prevent even greater bloodshed this Rosh Hashana when the Hamas terrorists planned a mega attack and kidnapping of civilian adults and children via tunnels into adjoining kibbutzim that would have paled this entire war.

And the sadness and relief are also balanced by … Dancing Under Fire!

Yesterday morning I joined women of the walls monthly New Moon Rosh Hodesh prayers to welcome the month with the saddest (Tisha Be’Av – national mourning) and happiest (Tu Be’Av – Festival of Love) days in the Hebrew calendar, in a space of a mere 6 days.

Three days earlier I hosted 30 people of all ages for a Friday Night Dinner at my place, members of Friday Night Live in Katamon and of Jerusalem Mosaic Hiking Club.

Three weeks earlier I helped lead a demonstration of another of my passions … Dancing –  demonstrating Contra dancing at the Old Jerusalem Train Station compound for our Jerusalem Contra Dancing Group. Watch and dance with our video Dancing Under Fire. 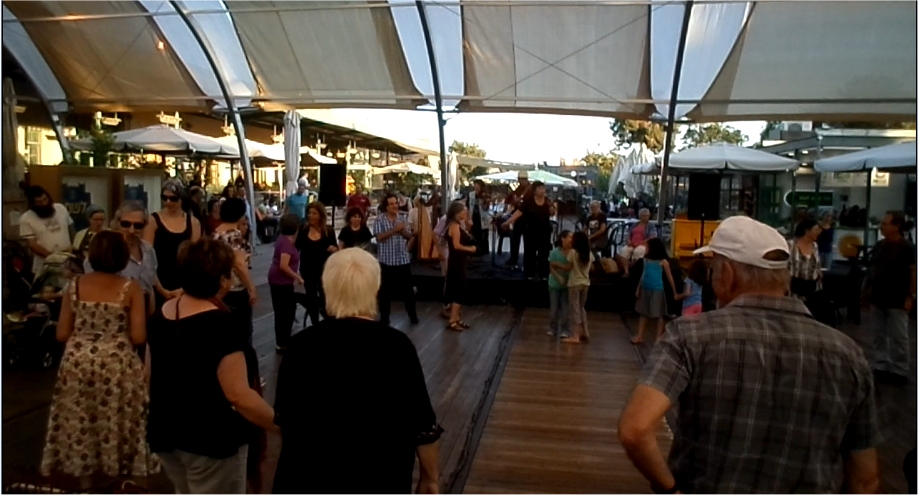 Halfway through the free Folk Music concert that followed a Red Alert siren sent us scurrying to duck in an adjacent restaurant. 20 minutes later half of this brave determined crowd returned to our chairs and the band continued to play!

At Max’s funeral (which I attended with 30,000 others) his brother and sister mentioned Max’s love for life … and Bob Marley. Bob Marley symbolized life with his song (Max’s favorite) Three Little Birds “Cause every little thing gonna be alright”.

Last night’s ceremony balanced memorial prayers with an IDF choir and cantor singing prayers for soldiers and state of Israel, followed by a celebration of the completion of a Mishan (sium) which is a happy occasion that breaks various kinds of fasts and even the “9 day” mourning period of Tisha Be’Av.

Our real duty became clear. Max didn’t come here to die – he and all our sons and daughters are here … To build, To Live!

Israel’s annual Independence Day is always preceded by Remembrance Day to cry for our fallen soldiers and victims of terror. Since my Aliya, 26 years ago, I’ve memorized the mantra of that day “in their death they commanded us life!”

During the darkness of the Holocaust the few Jews fortunate enough to be in the forests with the partisans instead of the camps celebrated life. They made weddings in those forests … And danced under fire!

And that is why people risk and sometimes pay with their lives … So we can be “alright”,  free …

And dance … in peace or even under fire!

With Love from Jerusalem ~ FE King

About the Author
FE King (Frank Ephraim) is known for thinking creatively outside the box. No-one is really who they seem to be! FE runs a freelance writing company "Our Best Words" specializing in writing, translation and training including a flagship technical and marketing writing course. His teaching techniques include anecdotes and tips for success from his own real-life work experiences. He is also a licensed Real Estate agent, human geographer and urban planner and has held the Transportation and Immigration Absorption portfolios on the Pisgat Zeev Community Council. FE is likewise active in all forms of Jewish Renewal, Feminism and Humanism. FE is an avid hiker who rarely misses an opportunity to explore our wonderful country. FE's latest project is an in-depth study about the unique development of a very special varied spiritual community in South-Central Jerusalem. You are encouraged to contact him directly with suggestions and feedback at fe@ourbestwords.com
Related Topics
Related Posts
Comments
Advertisement