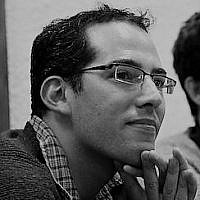 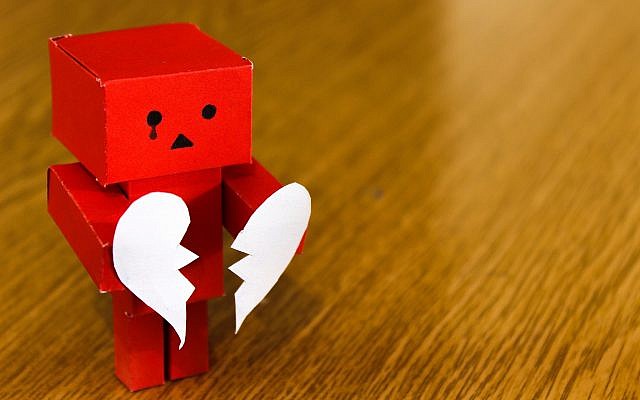 “What do I do, Mom? What do I do, Mom?” was the peak of Trump’s heart-wrenching speech in which he mocked Christine Blasey Ford and spoke of the dangerous times facing men, young men in particular.

For once I can say: I completely agree with Trump: These are dangerous times for young men.

As a parent to two young boys, I’m terrified. No, I’m not afraid of them growing up and becoming successful, only to be falsely accused of a sexual crime, as in Trump’s sob story. I’m terrified of them being correctly accused. And of course, it’s not the accusation I’m worried about as much as the act itself.

And why am I more worried about that, than of them committing murder, robbery or arson? Because these, of yet, are not all but encouraged, if not downplayed, by countless role models, from the US president, to Ronaldo, to countless Hollywood stars. “Locker-room banter”, they say, and “boys will be boys”.

I had a call today with Orit Sulitzeanu, Executive Director of the Association for Rape Crisis Centers in Israel. I called her after reading Brett Stephens’ New York Times article “For Once, I’m Grateful For Trump” to help me make sense of things. I was particularly taken aback by the “…false rape allegations… are at least five times as common as false accusations of other types of crime, according to academic literature” part of the article.

“Please do write,” Orit began, “it’s important that men also write about this issue and don’t always leave it to us to fend off this nonsense.” (She might have used stronger language than “nonsense.”) The vast majority of rape victims who contact the Crisis Centers don’t even make it to an official complaint, she says. The system and society, somehow, tend not to be conducive to women coming forward as rape victims. And one can trust that of the women who have contacted the Rape Crisis Center and have chosen not to press charges, zero percent have made it up. So there’s that. Also, what does happen disproportionately with rape cases is the percentage of cases dismissed for reasons like insufficient evidence. Eighty-four percent of the cases, to be exact.

I read the research Stephens refers to. Summarizing it as “False rape allegations five times as likely” is like what American companies do to nutritional facts: “70% Fat-free,” like we’re all a bunch of idiots. Quoting from the same research, false accusations of rape are lower than false accusations of robbery, and in any case are estimated at 5% of the cases. Again: 5% of the cases. And in 100 percent of the defense strategies. So let’s drop this nonsense about false claims, and leave that kind of demagoguery to Stephens.

“The world is a dangerous place for young men,” says Trump. A world where one out of every one women will have experienced sexual harassment, a world where rape is the only crime where you can be sure that if you press charges, you will be blamed, discredited and not believed.

I know how to teach my kids not to murder. From the ten commandments and onward, society’s message is that murder is bad, save, perhaps, for the occasional video game. But the ten commandments, written in the male form in their original Hebrew, also say “thou shalt not covet thy neighbor’s house, wife, servant or donkey.” Said wife has no say in the matter, no more than the house or the donkey. She was property then, and she’s not done being property now. We as a society feel very comfortable telling women they are wearing too much and too little, what to do and not to do with their bodies, how to behave and what to think. And despite my best efforts, “locker room banter” will try to teach my kids that boys who have sex are studs and girls who have sex are sluts.

It’s on us to teach our children that no means no, no matter the circumstances, the alcohol or the peer pressure, even though America now has a Supreme Court Judge who was never taught these things.

Check out www.itsonus.org for more ways to act and to educate.