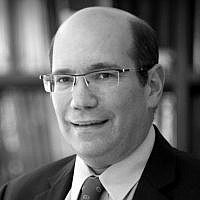 The Blogs
Gil Troy
Apply for a Blog
Advertisement
Please note that the posts on The Blogs are contributed by third parties. The opinions, facts and any media content in them are presented solely by the authors, and neither The Times of Israel nor its partners assume any responsibility for them. Please contact us in case of abuse. In case of abuse,
Report this post. 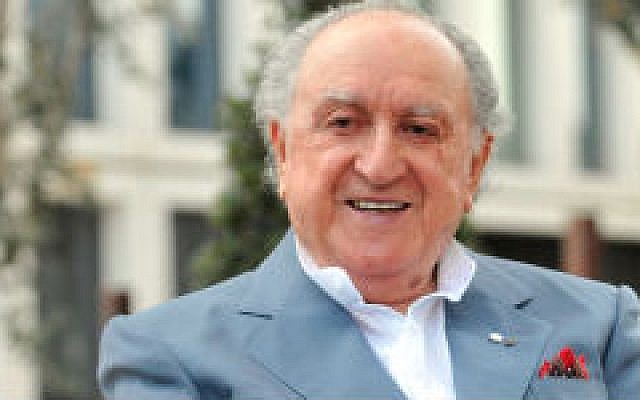 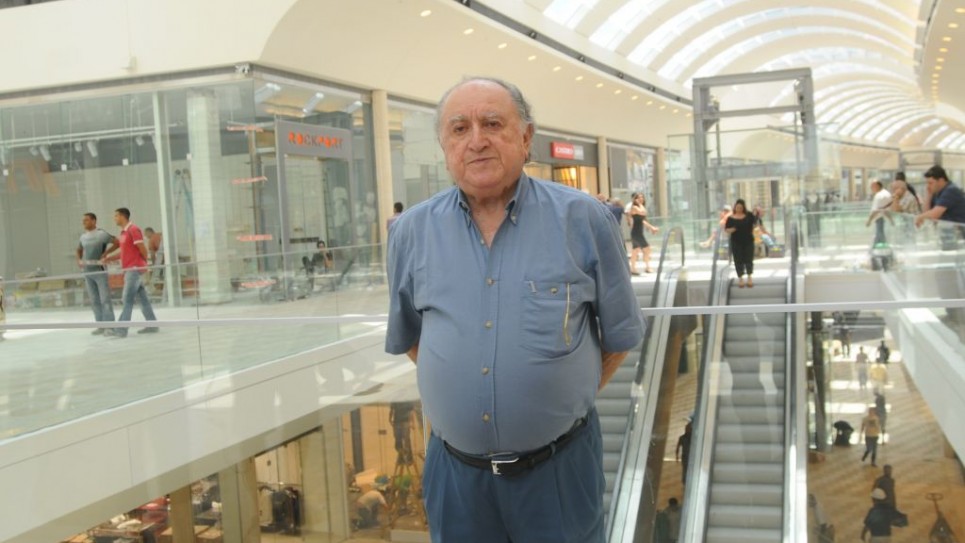 David Azrieli, Israel’s master-builder, has died at the age of 92, surrounded by his loving family. A giant of a man, whose spirit was as grand and dazzling as those three eponymous towers which now dominate the Tel Aviv skyline, David was a passionate Zionist, whose business – and love for the land — grew with the State. His story is Israel’s story, a redemptive tale of building an altneuland, an old new land, as sleek and modern as many but uniquely soulful and traditional. The hard-charging, ever-modernizing, entrepreneurial developer who brought the indoor mall to Israel – and coined the term for it, kanyon – was also an old-fashioned softie and family man who enjoyed quoting Jewish texts as an old melamed, collected Jewish ritual objects along with Israeli art, and melted with the rest of us whenever someone started singing those old-fashioned, perpetually-innocent chalutzic songs from the forties and fifties.

David is of that extraordinary Holocaust generation that not only survived but thrived, as the ultimate repudiation of Nazi nihilism. As related in his memoirs, written with his daughter and successor Danna, he was born in Poland in 1922 as David Azrylewicz. He escaped into Russia, survived getting shot, and eventually took the land route into Palestine, aided by another legendary figure, Moshe Dayan. After studying at the Technion, he fought during the War of Independence, travelled abroad and arrived in Canada in 1954. While working as a melamed, a Hebrew-school teacher, he began his real estate career. A Donald Trump-type developer with Trump’s splash and vision tempered by Jewish values and Zionist altruism, Azrieli built an empire in Canada, the United States and Israel.

Along the way, David also built a beautiful family with his amazing wife, Stephanie, and four extraordinary children – my prejudice as a family friend shines through – while giving back as a community leader and model philanthropist, heading the Canadian Zionist movement for many years.

David was a true Herzlian Zionist. He understood the need for a strong, powerful, normal Jewish state in a world that rejected and murdered the ghetto Jew. But, like Theodor Herzl, he also wanted that state to be a light unto the nations, a model democracy, with enduring values and – a David Azrieli touch – blessed with a modern aesthetic.

He was also a Herzlian optimist; many mocked him for thinking about building his three magnificent towers away from Tel Aviv’s downtown core – or building a shopping center on the outskirts of fusty-musty, perpetually-unfashionable Jerusalem. Each time, he built what became both thriving businesses and iconic institutions, while he transformed the surrounding neighborhoods.

I remember talking to him during the worst days of the Palestinian terror against Israel in 2002. Bombs were bursting, investors were fleeing, but the world, characteristically, was blaming Israel. David remained bullish on the country he helped build and loved deeply – and was of course correct. Even during these difficult weeks, we can see how much stronger and how much more stable Israel is now than it was then.

As he prospered, David embraced his obligation to give back to the community. News reports when the Azrieli Group in Israel went public estimated that he and his family may contribute as much as one billion dollars to his foundation, which has already established an impressive track record as a change agent in the world. In Canada and, most especially in Israel, the Azrieli Foundation has been supporting traditional institutions like Yad Vashem, the Technion, and the Weizmann Institute, while also pioneering with creative fellowships, cutting edge social action projects, and other attempts to foster tomorrow’s superstars while helping today’s needy.

Beyond the headlines, I was lucky to know David as a loving family man, a warm presence, a thoughtful analyst, a fascinating conversationalist. Nearly nineteen years ago, when I knew him more by reputation as the tough businessman they talked about in Montreal rather than the gentle scholarly soul who welcomed me into his home, my wife – who grew up with his daughters – and I introduced him to our oldest daughter, who was a baby then. David engaged her with his delighted smile, whipped out a camera, snapped off a roll of pictures, popped the film out of camera and gave it to us. I had never seen a 74-year-old man gush so much over a baby, nor had anyone simply handed me a roll of film like that before – in the pre-digital era, it was not done.

David Azrieli was a true Zionist hero, someone who saw the world as it was and made it into the better world it is today. Whenever we look at his malls and his towers, we should toast the visionary builder, the magnanimous capitalist, the survivor turned super-hero — and push ourselves to embrace his Jewish, Zionist, humanistic and family values, even if we cannot match his many achievements. He will be missed.

About the Author
Gil Troy is a Distinguished Scholar of North American history at McGill University. He is the author of nine books on American history and three books on Zionism, including The Zionist Ideas. His latest book, co-authored with Natan Sharansky, is Never Alone: Prison, Politics and My People.
Related Topics
Related Posts
Gil Troy
Comments