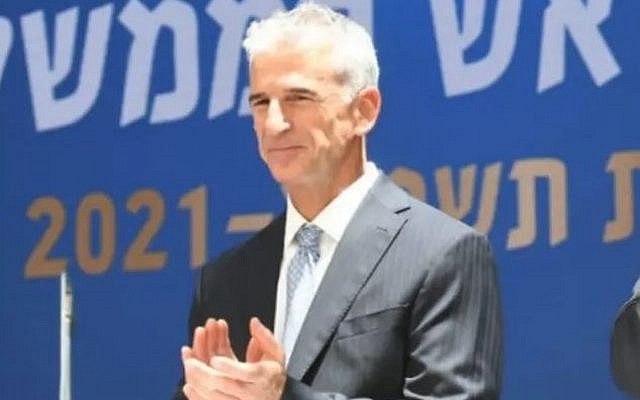 On May 24, 2021, based on all prestigious media of Israel, David Barnea appointed as the new Mossad head.

at the time of The late Shah of Iran, Muhammad Reza Pahlavi, SAVAK had a bonhomous alliance with Israel’s Mossad. In the Shah’s view, it was in the Iranian national interest to be palsy-walsy with Israel and to have reposeful relations with Arabs. During that golden age, the Mossad had operational stations in Tehran and cooperated with SAVAK, Iran’s security and intelligence service, to shape the military operations of Iraqi Kurds. Alas, Mossad never tried to stand by SAVAK in monitoring the Islamic Terrorist Groups which were affiliated to Khomeini.

the bewilderment was there that the Mossad did foreglimpse the rebellion of the winter of 1979 in Iran; a winter with no spring in sight. discernibly, Mossad and SAVAK knew well that more than 11 terrorist groups, or transnational terrorist networks, were fomenting a rebellion in Iran.

Since the emergence of Mullah’s republic in 1979, Iran has been ruled by an expansionist and terrorist Shiite theocracy with global hegemonic ambitions. The Mullah’s regime, which supported Islamic terrorism from its earliest days, followed the Khomeinism ideology of Shiite theocracy. It was — and also remains — committed to exporting the Islamic revolution (or Khomeinism which is mixture of a new phenomenon) wherever it can and challenging international norms and the civilized world.

In the Mossad, it appears that the foreign policy doctrine of Israel with regard to the Middle East will be the pursuit of stability in the region via multilateral engagement. This will entail a new flourishing secret operations inside Iran. in actuality, Mossad challenged the notorious intelligence community of Iran, such as MOIS and IRGC Intelligence Organization, and paralyzed Mullah’s ambition in reaching Nuclear bombs.

The Mossad poked around for diminish the regime’s ballistic missile program, terminate its clandestine program to generate nuclear weapons, abort its funding of Shiite transnational terrorist proxies in the region, and peter out the regime’s underpinning and ratification of terrorism in the Middle East.

David Barnea, the Mossad’s current deputy chief, will be supplanted  Yossi Cohen as head of the celebrated spy agency in Israel where is full of talented specialists and elite people. based of Mossad’d Archaive, Barnea has served as deputy director since 2019 and beat out “A,” a former deputy chief, for the job.

Israel Government named a veteran Spy, Dedi, as his pick to lead the Mossad, Israel espionage agency. what is more, he will continue in that role enthusiastically to eliminate the Terrorists of the Region.

more to the point, hitherto, Dedi knows the main role of counter-terrorism and counter-proliferation centers of Mossad where they scrutinize Iran’s disastrous role in causing anarchy, insecurity and shakiness in the Middle East, Europe and Latin America. intrinsically and verily, Mossad knows the ambitions of IRGC Quds Force much better than other intelligence agencies in the globe.

The Mossad analysts and officers and their friends around the globe have a history of intelligence-gathering in the Middle East and know auspiciously that not only Iran is a bad actor but also it is the abettor of all transnational criminal actors in the region from Middle East to Africa and to the American hemisphere.

During the Netanyahu era, the Mossad invigorated and authenticate its strategic cooperation with CIA as well as with the intelligence apparatuses of Persian Gulf states such as Bahrain, the UAE and Saudi Arabia.

as far as I know,  unerringly,  the new director of Mossad with eagerness and valorousness will continue to lead the Mossad to make more remunerative operations and peerless performance. Dedi knows well that “The rogue regime in Tehran is the primary source of turmoil and instability in the Middle East. The regime thirsts for ever more dominance across the region and beyond and employs a terrorist network to achieve that goal, even as it continues to move aggressively in its pursuit of nuclear weapons. ” additionally, “Iran’s expansionist ambitions have led to sectarianism, radicalism, terror, and chaos in Iraq, Syria, Lebanon, Afghanistan, Yemen, and the Persian Gulf“.

It was a great triumph that under the monitoring of MOIS and IRGC-IO with the help of other intelligence services,  the Mossad was so qualified and skilled to gather reliable information on Iran’s illegitimate nuclear weapons program and eliminate the threats professionally, such as the architect of Iran’s nuclear program (Mohsen Fakhrizadeh), or gathering the evidence of clandestine activities in atomic centers and the elimination of al-Qaeda’s number two in Tehran or abolition of Natanz and other industries on Iranian soil.

ostensibly, Mossad, was one of the main elements which caused Mullahs of Iran suffered from international isolation and a depleted economy. Mossad, periodically, played an amazing game with Tehran’s intelligence community. Tehran announced several times that it had captured dozens of spies working for the Mossad and massacred most of them, but until this moment Mossad has an upper hand inside Iran. after 1979, Mossad was sitting pretty in Iran.

The Iranian regime’s intelligence community, from now on, venture to knows Dedi much better. After the collapse of the MOIS during the presidency of Hassan Rouhani, Iran will continued the relationship with Syrian intelligence and facilitated the stage to attack Israel through their proxies and dark inactive cells inside the soil of Israel.

By force of habit, The Iranian mullahs mad about using terrorism, and wish to continue their covert pursuit of nuclear weapons. David is savvy gifted and he is fully aware of the true nature of the Islamic regime and religious octopus in Iran.

noticeably, Iran’s continued belligerency in the region.  the regional terrorist activities of the Quds Force and its destructive role will continued irrationally, MOIS from the Middle East to northern Africa to South America. Mossad has the capacity to penetrate many of Iran’s military and political centers and Mullah’s intelligence community, Palace of Treason, with no problem.

it’s worth to notice that Dedi,  has learned over the years that deals made with the Shiite mullahs cannot be relied upon and he knows that the current administration in the US plays ducks and drakes with Mullahs, any diplomacy and negotiation with Mullahs cannot be frugiferous at all. . This Mossad with 72 years of splendid experience and with a staff of about 7,000 cognize the malign role played by the current Iranian regime. alas, Mossad goofed off to help the serious Iranian opposition in the plan of regime change.

when I had a friendly meeting with one of the CIA Agents in Greece on 2006 , or 10 years after David joined the Mossad,. I was there and communicated with Israel, because I wanted to have an interview with Ariel Sharon, who was accepted,  I told The Agent of Spy bluntly: “The Islamic Republic will continue its aggressive behavior no matter who is in charge at Mossad or Langley. The regime’s pursuit of hegemonic power in the Middle East and beyond will not abate. The MOIS and the Quds Force will continue to operationally support terrorism as well as Iran’s covert ballistic and nuclear programs“. anyway, I couldn’t meet Israel, but I like to repeat that sentence to Dedi reiteratively.

though Dedi is a knowledgeable expert, his prospect accomplishment in the region will depend on the cooperation of regional intelligence and concentrating in Iran and regime of terrorist loving Mullahs. actually, Mossad can help the public opinion of Young generation in Iran that what’s the meaning of theocratic regime and the most dangerous terrorist power in the globe.

Cheers to Davis’s continued success – Dedi deserves his promotion and will do great in his new role in Mossad! Wishing him the best success.  The Mullah’s regime will not be happy for this replacement and appointment at the helm of the Mossad, because the prime minister declared, “ the top task is of this new spymaster is to prevent Iranian regime from acquiring nuclear weapons.” He will do that with courage, coup de maître, knowledge and honesty. May He enjoy brilliant successes! He is the man of operations!