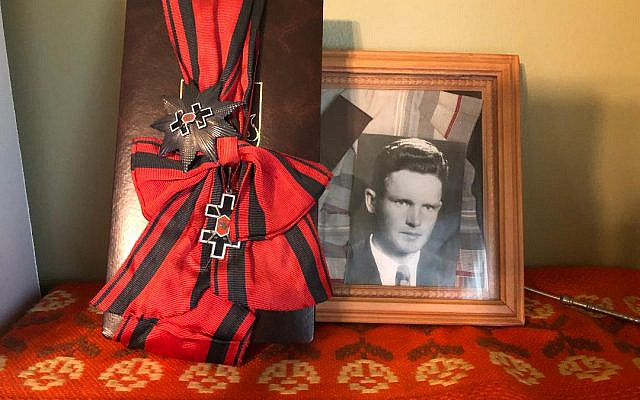 On this fourth day of the week leading up to International Holocaust Remembrance Day on January 27, I review this fourth document sent to my grandfather Jonas Noreika. It was in response to an order my grandfather had written, which demanded that all Jews and half-Jews in Siauliai be sent to a ghetto in Zagare. (I had posted this document on Day 3 ). 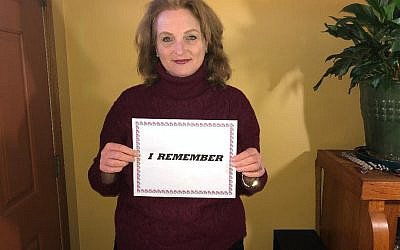 Within three days of my grandfather’s order, the Zagare mayor responded that 715 Jews had been allotted 12,135 metric yards. The Zagare mayor in fact had an extra five days to respond. Yet he chose to respond four days early. One might even presume the mayor was eager to comply to my grandfather’s order. My grandfather’s own order came less than three weeks after he took office, reflecting the urgency they felt to solve the “Jewish Problem”. My grandfather had been an enthusiastic proponent of ridding Lithuania of Jews for eight years already. Lithuanians did not drag their feet or find creative excuses to fumble at the request. Instead, they were remarkably efficient in rounding up Jews and allocating space for them. Of course, the opportunity to steal Jewish homes and possessions was an additional motivating factor.

More Jews would be brought to this Zagare space in the coming days, and by October they would all be murdered in the most cruel and brutal fashion imaginable.

One of the many defenses of the Lithuanian government in continuing the honor the good name of Jonas Noreika is that he had no idea what would happen to the Jews in a ghetto, that, in fact, he was trying to save them from the Nazis. Yet by this point, thousands of Jews had already been murdered so publicly that the Lithuanian Prime Minister had urged that the murders not be so public so as not to disturb the emotional wellbeing of anyone that found public murder and torture unpleasant. By this point, it had already been established that the initial step to their murder was to gather them in one space, a ghetto. That defense of the Lithuanian government is a well-worn falsification that has already been set aside in international law, but with their agenda to deceive, they have used it again.

What is his plausibility of deniability? In other words, what was his position and station? What is the context of his action? He was, in fact, much more aware than the average citizen of Lithuania of what was happening to the Jews. He was a captain in the Army, in charge of the entire district, the second largest region in the country. He reported directly to the Nazi Gebeitskomissar Hans Gewecke. Two months prior, from his headquarters near Plunge, he led the uprising against the Communists, which also ushered in the Holocaust. The 2,000 Jews in Plunge had been rounded up in a ghetto and executed within weeks. All under his leadership. All of society knew what was happening to Jews in Lithuania. The historical revisions and excuses by the Lithuanian government are simply absurd. They would like the world to believe that society could not see what was happening in front of them, that they could not hear the cries of those being slaughtered, could not smell the odor of the rotting bodies of their neighbors, and had no idea why so many had suddenly disappeared. The government of Lithuania insults even minimal intellect in their gymnastics to revise history. 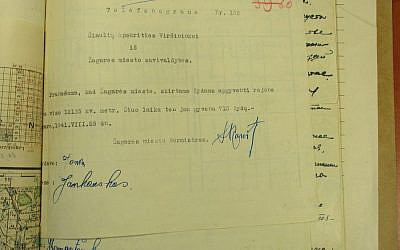 I am letting you know that Žagarė’s city has allotted the Jews to live in 12,135 metric yards. At this time, there are 715 Jews.

My grandfather is only one of many Holocaust perpetrators the Lithuanian government has converted into national heroes. This is a known phenomenon. Attempts by states such as Lithuania to generate particular forms of national identities are often accompanied by efforts to rehabilitate the reputations of persons, organizations, or ideologies associated with Holocaust-era crimes. Such actions not only distort history, but they can also be seen as acts that glorify collaboration with the Nazis or as an effort to legitimize Nazi ideology.

I personally state to the Lithuanian government: “Not in my name.” Do not use my relatives to glorify Nazism, ethnic cleansing, and murderous nationalism.

The Lithuanian government has falsely converted my own grandfather from a murderer of Jews into a rescuer of Jews. This is an assault on every single Lithuanian of good honor. It throws a Holocaust perpetrator into the pantheon of good Lithuanians and tarnishes their great deeds by association. It discredits all of Lithuania by presenting this as an official historical finding of the Lithuanian state. It gives enemies of Lithuania every opportunity to label Lithuania as a truth-deficient nation.

My grandfather brings shame to my family and shame to Lithuania. The current Holocaust revisionism of the Lithuanian state brings shame on everything that is good and pure about our country, our people, and our history.