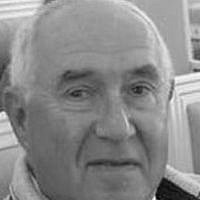 The Blogs
Pinchos Fridberg
Apply for a Blog
Advertisement
Please note that the posts on The Blogs are contributed by third parties. The opinions, facts and any media content in them are presented solely by the authors, and neither The Times of Israel nor its partners assume any responsibility for them. Please contact us in case of abuse. In case of abuse,
Report this post.

Of 141 Lithuanian MPs, only 64 attended the session for marking the Day of Genocide of Lithuanian Jews and of the 80th anniversary of the beginning of the Holocaust in Lithuania.

I comment briefly on a press release that appeared on the webpage of the Lithuanian Parliament on September 23, 2021.

My opinion about this resolution which would be good in its entirety was shaken by the words “64 members of parliament voted unanimously.”

De facto the word unanimously means the majority of representatives (77!!!) did not participate in the session dedicated to marking the Day of Genocide of Lithuanian Jews and the 80th anniversary of the beginning of the Holocaust in Lithuania.

Why they didn’t come to pay their respects on this tragic day of Lithuania’s history, I can only speculate.

The probability that all 77 had a justified reason not to attend is very small.

Did some of the representatives actually boycott this topic intentionally?

About the Author
Pinchos Fridberg was born in Vilna (then Wilno, Poland, now Vilnius, Lithuania) on May 24th 1938. He graduated from Vilnius University in 1961 and completed his PhD in theoretical and mathematical physics in 1965 and an additional doctoral science degree in radio physics in 1974. From 1961 to 1978, he was Chair of the Laboratory of Theoretical Investigations at the Vilnius Scientific Institute of Radio Measuring Devices. In 1978, he joined Grodno State University, where he was named professor. In 1989 he became head of the Department of Theoretical Radio Physics at the Zondas Company in Vilnius, where he is now a pensioner.
Related Topics
Related Posts
Comments