The Blogs
Shai Franklin
Apply for a Blog
Please note that the posts on The Blogs are contributed by third parties. The opinions, facts and any media content in them are presented solely by the authors, and neither The Times of Israel nor its partners assume any responsibility for them. Please contact us in case of abuse. In case of abuse,
Report this post. 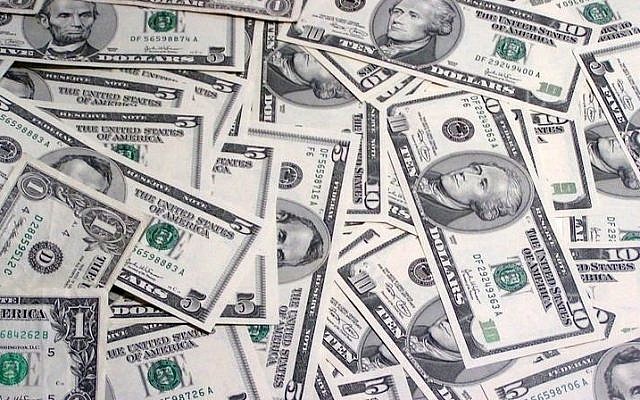 Last month’s Republican tax bill frees families to spend tax-exempt “529” college savings for private K-12 education. This is a great option for many to consider, but Jewish day schools should think twice before requiring such accounts be disclosed in applications for tuition scholarships.

And for those who’ve been barely scraping by, and may need tuition assistance to keep their kids in a full-time Jewish educational environment? Schools can now include their 529 balance as part of the scholarship decision. The committee can reduce the award if they see money being squirreled away for the kid’s eventual college education.

There are advocacy groups for Federations and rabbis, and congregations, and day schools. There is no specific organization that speaks to the needs of the parents struggling to get their kids to the finish line of Jewish literacy and identity, combined with a chance at professional success. Instead of voicing their concerns, many parents will simply spend down their college savings to keep their kids in day school or they will give up on full-time Jewish education. Our community can ill afford either outcome.

The promise of liberal, Modern Orthodox and even many Haredi (“ultra-Orthodox”) yeshivas is two-fold. First, parents get their best shot at transmitting the 4,000-year Jewish legacy to their kids. Second, those kids can reach a quality four-year college, on the road to a rewarding and fulfilling career. Depending on the family, this can also include intellectual aspirations, acceptance into broader society, and finding a suitable spouse.

This second half of the compact falls apart for parents who have spent every last dime — and drained the tax set-asides — for their children’s college tuition. And let’s bear in mind, these funds can only be used for education; it’s one thing for a scholarship committee to consider how much a family spends for a Passover cruise or remodeling its kitchen, quite another to fund one stage of education at the expense of the next stage. And the annual limit for tax-free 529 contributions is $15,000, no royal ransom and — even fully funded — barely enough to cover the eventual tuition costs at a competitive college.

For those Haredi parents more willing to accept a minimal higher education, just enough to fulfill financial needs of raising a family and supporting the community, this new 529 allowance may be welcome. If the tuition at their target college is more easily affordable anyway, then they can use the 529 to leverage tax benefits during the K-12 years.

Other day school families, however, generally face significantly higher tuition, during K-12 and throughout college. It may still be worthwhile for families to sacrifice so their children can get a quality Jewish and secular K-12 education, and be eligible for a top-50 college. But those kids will find it much harder to collect on that potential if their next step is limited to a community college or a lower-caliber four-year experience, possibly shutting them out of the professional school or graduate program they could have pursued.

Should parents devote as much as $300,000 per child for primary and secondary Jewish education? This question already dominates much of the conversation around Shabbat tables across America. If tuitions go up and scholarships are reduced to reflect the new 529 allowance, then the question becomes much harder for 30-40 percent of day school families.

It’s important to note that schools are not being greedy – a decent education doesn’t come cheap, even without a dual curriculum. In New York State, home to 60% of America’s yeshiva and day school students, public schools average over $22,000 per student. School administrators and teachers are not getting rich, they’re barely keeping the doors open.

Scholarship committees constantly balance competing financial needs with the risk that families will be priced out. With limited scholarship funds, these decisions are rarely easy, and the same new tax bill also restricts the tax incentives for charitable giving. So as budgets continue to grow and resources become scarcer, demanding access to families’ 529 college funds may not be intended as punitive or exploitative.

But it will be harmful in the short run, by further micro-managing what parents can plan and provide for their children, driving away some and alienating many of those who remain. And in the long run, schools will find that fewer of their more talented and committed alumni are going on to professional success and fulfillment.

Beyond finding new philanthropic dollars, new business models and educational structures can bring down costs without sacrificing quality. These include pooling costs among multiple schools, scaling tuition, blended learning, and other innovations. In many cases, this requires transforming the way schools teach and do business. But we didn’t need the new tax changes to know that Jewish education in its current form is increasingly unsustainable.

We also don’t need any more disincentives haunting the Jewish future, nor deepened class divisions and spiritual challenges. Let’s avoid the temptation of raising tuition or reducing scholarship awards commensurate with the new 529 allowance. At the very least, let’s consider the ramifications and allow some public discussion before forcing families to choose between Jewish education and college success.

About the Author
Shai Franklin, a consultant with U.S. and overseas clients, has served as an executive with American and international Jewish organizations.
Related Topics
Related Posts
Comments