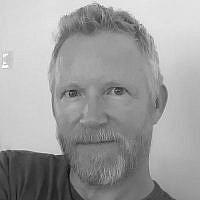 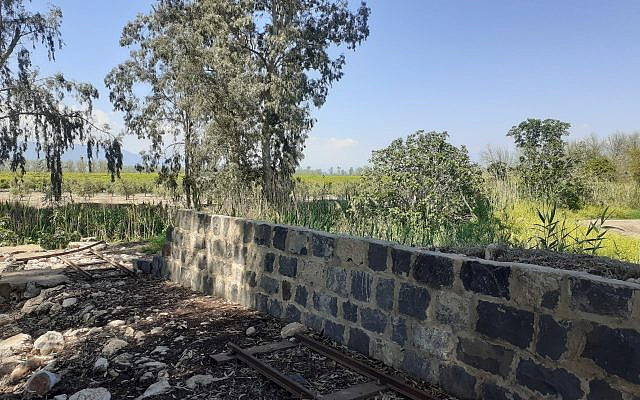 Back in January, seen from the surrounding Naphtali mountains, the Hula valley in the Upper Galilee seemed to have returned to an earlier version of itself. Large areas of flooded land had appeared, brought about by the unusually generous rainfall last winter, the memory of which now seems obscured by a miasma of coronavirus-related news stories. The rain transformed the ordered landscape of the Hula basin into something a little closer to its pre-1950s self and called to mind what used to be there: Lake Hula.

It is now June and I’m standing on the shoreline of the dead lake, in Yesud HaMa’ala to be precise. Nearby is a street sign which reads: “HaMezach” – The Pier or Wharf. Street signs here are literal and impersonal in contrast to Israeli street naming habits elsewhere which are more in line with continental Europe in helping to shape a pantheon of historical and cultural figures and a national narrative. Here, most Hebrew street names are linked to a sense of the place and its primary activities (“The Peach,” “The Pecan,” “The Date”) and some to a collective local history (“The Founders”).

The “Mezach” street sign relates more to the pioneering past of Yesud HaMa’ala rather than the TripAdvisable present of cookery workshops and Airbnbs. Yesud HaMa’ala was one of the earliest Zionist settlements in Ottoman Palestine and the first modern Jewish settlement in the Hula valley, a result of First Aliya immigration. Today, the valley and the surrounding area (Rosh Pina and Tel Hai, for example) present a generous seam of early Zionist history. Other histories are here but harder to trace.

The Hula Lake was the valley’s centerpiece, a malaria-infested jewel reflecting the storks and cranes overhead. On pre-1948 maps it resembles a tentative early sketch in miniature for the full-scale harp of the Kinneret further downstream.

People made a living fishing here (hence the pier) both in Yesud and later in the adjoining kibbutz Hulata (in Aramaic, the name of the lake). The early days of settlement in Yesud and the harsh reality of living by the lake with the constant threat of malaria are imagined in a stilted yet fascinating Channel 1 dramatization from 1983, The Waters of Merom, which can still be seen on YouTube.

Along with the birth of Israel came an enthusiasm for state-building grands projets, one of which was the draining of the lake – including its northern swamplands – in order to complete the elimination of malaria begun under the Mandate and to create more agricultural land in the valley. Not that there was a consensus within the infant state in the 1950s. Campaigning by naturalists and scientists concerned about the ecological impact of the draining works and the loss of precious habitat for migrating birds led to the eventual retention of a small part of the lake and the establishment of Israel’s first nature reserve, the Hula. Later, in the 1980s, the ongoing debate about the environmental impact of human activity led to the Hula Valley Restoration Project and the creation of Lake Agmon — a reflooded area in part of the former swamplands. A new state-of-the-art visitor center opened nearby last year.

For the visitor to the Galilee Panhandle interested in the history of the region or the broader ecological narrative, what is there to see that tells the tale of the last 70 years of the lake – the drainage and land reclamation and the eventual rethinking and reflooding? The Hula reserve and the new visitor centre offer plenty of information and there are the reflooded and retained parts of the lake to explore. There are also the remains of the pier (the “mezach”) which can be found in Yesud, complete with twisted small gauge tracks and a stern notice reminding visitors that this is an historic preservation site. And there’s a street sign.

But there’s another way to engage with the story of the lake, one which avoids non-essential travel in this time of crisis. If you’re not already familiar with photographer and artist Peter Merom’s classic, The Death of the Lake (Song of a Dying Lake in Hebrew, originally published by Davar in 1960) perhaps it is an appropriate moment to examine why this revered book deserves its place in the canon of Israeli literature. As admirers will know, Merom’s volume records the changes that occurred to Lake Hula in the 1950s and was once on everyone’s shelves, I’m told. My own copy is a well-read 1962 edition on permanent loan from my mother-in-law. Today, a glossy reprint can be bought in the Hula Reserve gift shop, reissued by the Ministry of Defense in 2007 which perhaps tells us something of the book’s contribution to national myth and narrative.

The Death of the Lake with its striking photographs with spare text edited by Yedidya Peles presents itself as an eerily beautiful and ultimately unsettling coffee table book that transcends the genre. Merom created a melancholic elegy constructed from stunning monochrome depictions of flora and fauna and the silky expanse of the lake. We encounter water, mists and cobwebs and impressions that acquire a more timeless abstract quality. There are starkly silhouetted shots of birdlife and reeds. These are gradually juxtaposed with photographs documenting the encroachment of brutal (but ironically beautiful, seen through Merom’s lens) dredging machinery. In the final pages, we see in close-up the cracked soil of the revealed lake bed. Beyond the nostalgic nature of the accompanying text itself, there’s a bleak poignancy in the factual captions at the end of the book.

In a dry land thirsty for symbols, the revenant Hula lake resists becoming one. The valley, part of the Great Afro-Syrian Rift, cooperates more easily with those in search of meaning in landscapes, metaphors of division. The lake and the “unfinished” story of it captured so wistfully in Merom’s book, require more heavy-handed manipulation. Former Canadian Prime Minster Stephen Harper argued at the 2019 inauguration of the Hula Visitor Center that the recent history of the valley and its lake offers a positive Zionist narrative of “reclamation and migration.”

It may be equally facile but there’s a legitimate, more universal point to be made. Many have looked at our current predicament in the face of a pandemic and reflected on what it tells us about our fragile relationship with nature. Merom’s photography and the cumulative poetry of his “song” stand as a lyrical, yet still relevant consideration of that relationship. The book’s power lies not only in its timely message but also in the fact that it is a deeply personal memorial for a lost world. Kibbutznik Merom worked for years as a fisherman on the lake; his own adopted surname recalls its biblical name.

The Death of the Lake appropriates the aesthetics of dying and decay to potent effect and is a tale of innocence and experience. It is about a personal connection to landscape and is a lament of austere and extraordinary beauty. Peter Merom’s Hula is still there and it is a place worth visiting.

About the Author
Anthony Fulton is a member of a kibbutz in the Galilee and taught Literature in the UK for over twenty years.
Related Topics
Related Posts
Comments 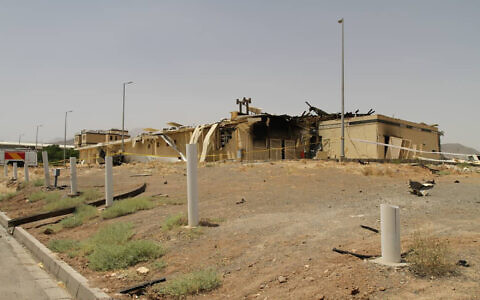 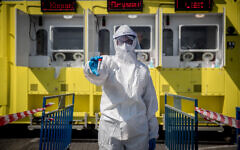 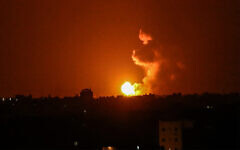 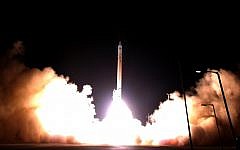 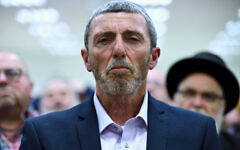 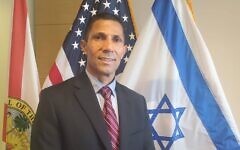