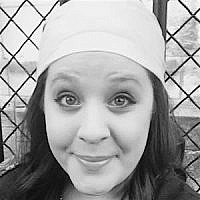 The Blogs
Leah Nagarpowers
Apply for a Blog
Please note that the posts on The Blogs are contributed by third parties. The opinions, facts and any media content in them are presented solely by the authors, and neither The Times of Israel nor its partners assume any responsibility for them. Please contact us in case of abuse. In case of abuse,
Report this post.

How’s it going? I hope you’ve settled into your new life in D.C. I’m sure you’re busy advising your father and being a mother and wife but we have to talk sis. Now, I’m not going to be shady and try to convince you to move your clothing business to the US to help “Make America Great Again” (but that would help boost your dad’s approval rating to be honest), but I do need to talk to you about a PR problem I’ve noticed.

Girl, I’m just going to lay it out there, you’re kind of making life difficult for your fellow Orthodox Jews. I don’t think you’re doing it intentionally but let me break it down for you: You’re getting on a plane with your father and husband over Shabbat.

I don’t care what you do in your free time, honestly. Cover your hair, or don’t. Dress b’tsnuah or don’t. Keep Kosher all the time or don’t. What you do as a private citizen is your business but once you take on a public role you lose some of that privacy. Getting on a plane for work during Shabbat is something most of your fellow Orthodox Jews wouldn’t do and the fact that you’re doing it presents an issue for us.

Let me explain it from a different and more personal perspective. When I was beginning my transition to an Orthodox lifestyle I had family members that didn’t understand why I couldn’t get into a car on Shabbat or what it meant that I kept Kosher. They would say things like, “Why can’t you just get in the car? My  co-worker at the office does it”, or “I know someone who just eats cheese and veggies at restaurants, can’t you do that?” Thankfully, my family members are lovely people who have taken the time to understand my Orthodox lifestyle and have gone above and beyond to make me feel comfortable at family gatherings but there are many in our community who aren’t as lucky.

And it doesn’t stop with just family members, professionally it’s difficult to be an Orthodox Jew if you work outside of the Jewish world. When people have to tell their employers about the adjusted hours they have to work on Fridays there isn’t always a positive outcome.  This is especially true when they break down the hours on Winter Fridays when Shabbat starts at 4:20PM.

Honey, when you publicly proclaim that you got a “rabbinical pass”, as Politico calls it, to ride in Air Force One over Shabbat you’re setting a standard that the rest of your community now has to deal with. Now my friend who is applying for positions in the mental health field has to deal with employers who think that your public observance of Shabbat is the same as hers. The big difference is she wouldn’t get on a plane unless it was a matter of pikuach nefesh but that distinction doesn’t seem to matter to most people.

I’m sure you didn’t mean to cause issues for your fellow yidden but girl, can you think about us little people before you do something that affects us please?

Just Trying to Be Orthodox in an Unorthodox World

P.S. Help a sister out and don’t get on the plane. xo

About the Author
Leah lives in New York city with her husband and two kittens. She is a graduate of Stern College and is pursuing a masters degree in Jewish Education at The Davidson School.
Related Topics
Related Posts
Comments