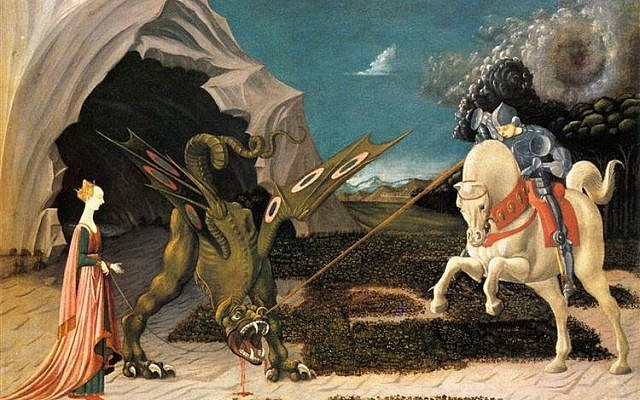 I’ve read your book, The New Jim Crow. I don’t know enough to evaluate your theory about the war on drugs, and I’ve heard conflicting reports from those who do. But I found yours to be a powerful and original voice on the catastrophe of race and mass incarceration in the US.

So I was dismayed by the article you published in the New York Times for Martin Luther King Day. The title alone is bewildering; how could you think that there’s a silence to break around Israel-Palestine? And how could you have made so many blunders (see Alan Dershowitz)?

But I’m not writing to you about the content of your article. I’m writing about why you wrote it.

I’m trying to understand what made you spend 2000 high-visibility words in the New York Times on another country’s humanitarian crisis when your country has so many humanitarian crises of its own. I want to know why you turned away – on Martin Luther King Day, of all days – from deplorable crises at home on which you are an influential world expert, to a deplorable crisis on the other side of the world that you can barely comprehend, let alone help to solve.

Here’s my theory. Feel free to tell me if I’m wrong.

You wake up every morning feeling impotent and alienated. Kicking Donald Trump out of office would help, but even if that happens, corruption, dysfunction and indifference to suffering are everywhere in the US. There’s no dragon to slay in Trump’s America.

So, you look further afield. But what with Arabs killing other Arabs, Africans killing other Africans, Far Eastern countries oppressing their own citizens … there’s not much out there in the way of a quick, spirit-lifting triumph of good over evil.

He who passively accepts evil is as much involved in it as he who helps to perpetrate it. He who accepts evil without protesting against it is really cooperating with it.

For evil to succeed, all it needs is for good men to do nothing.

This is powerful motivational language – steeped in King’s Christian worldview – that underlines the moral imperative to act. But scratch the surface, and it gets more complicated. What specifically is the evil that we should be addressing and resisting?

King was, of course, fully aware of the complex nature of evil. When his focus was not responding to evil, as above, but rather evil itself, he painted a subtler, less religious and more politicized picture. In a speech delivered in Atlanta in 1967, for example, he spoke about three evils – racism, poverty, and the Vietnam War, each of which was multi-faceted.

As an aside, it’s worth noting that King seems to have been skeptical about addressing evil from a distance. He questioned the morality of fighting for oppressed Vietnamese when the US government couldn’t help the oppressed of Selma, and refused to disconnect that foreign war from civil rights abuses at home.

Outside the sphere of religious symbolism, there’s no evil that can be destroyed in a single knockdown fight. But, oh, how we wish there was! This is where dragons come in.

A dragon can be a human being, like Saddam Hussein. We’re still paying for what was unleashed by the dragon-slayers who went after him.

A dragon can be an ideology, like Communism. The dragon-slayers who went after Communism in your country committed grave injustices in the name of slaying that dragon.

And a dragon can be a nation state, like Israel. At best, the dragon-slayers who go after Israel achieve nothing. At worst, they exacerbate a dire situation by insisting on seeing it as a simple conflict of good versus evil. Your New York Times colleague Matti Friedman just published a great article about what’s wrong with that picture.

You might object that you were talking about Israel’s occupation, not Israel itself. But still I feel justified in moving the discussion to Israel proper. Since you didn’t even acknowledge that Israel’s painful and divisive withdrawal from Gaza took place, I’m guessing that your perception of Israel wouldn’t change significantly if the occupation ended tomorrow. I hope I’m wrong.

In the meantime, I’m sending you my Ten Top Tips for Recovering Dragon Slayers, with illustrations inspired by history’s best beloved dragon-slayer, George. 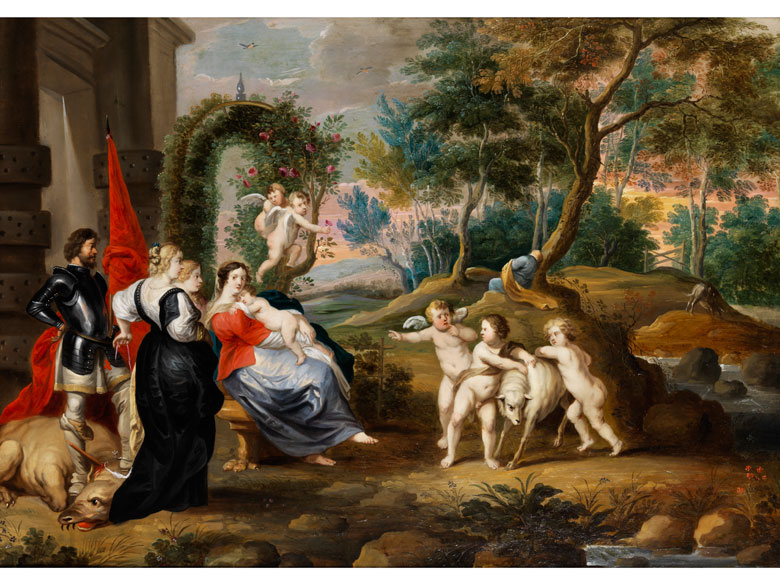 2.  Don’t jump to conclusions. Perhaps George’s dragon was protecting the princess from the bigger, hungrier and more vicious dragon waiting in the wings. 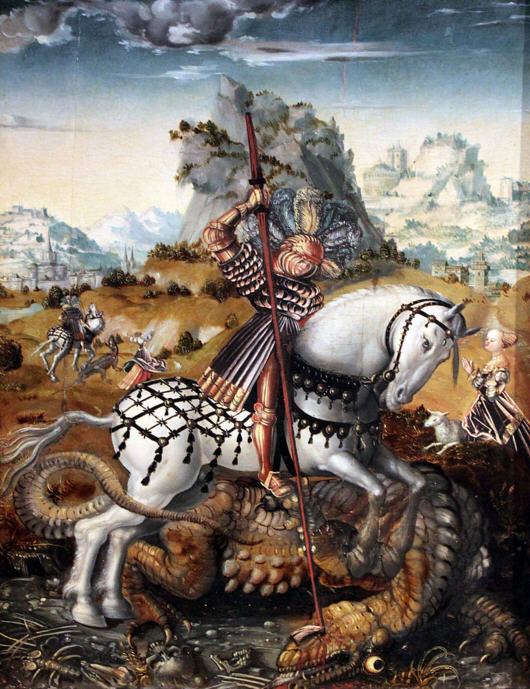 3. Zoom out. Maybe the princess was in love with the prince-next-door, who was just about to rescue her from the dragon when George showed up. She spent the rest of her life resenting George because her dad made her marry him. Which reminds me, how comfortable are you operating in a culture where men give away women for services rendered? 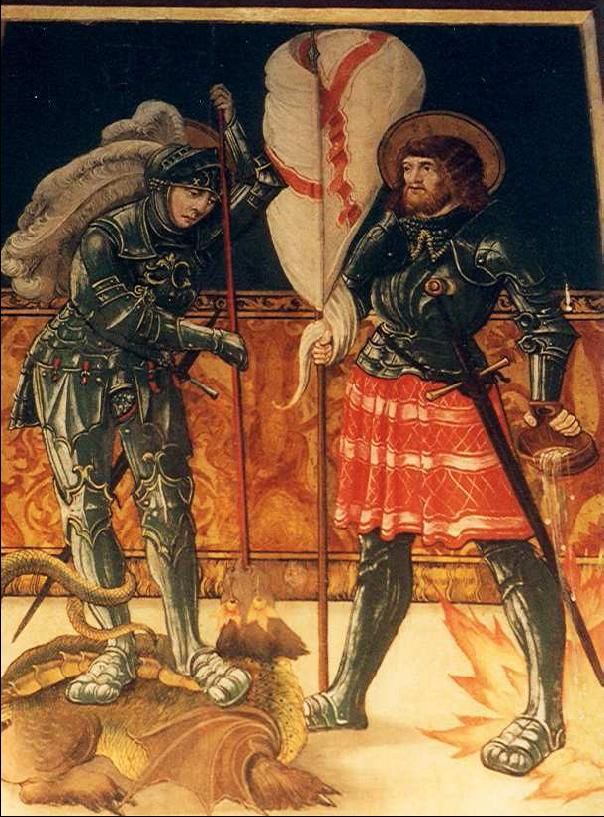 4. Don’t delude yourself. Even if you kill a dragon, it’s only in fairy tales that your princess lives happily ever. This one looks depressed already. 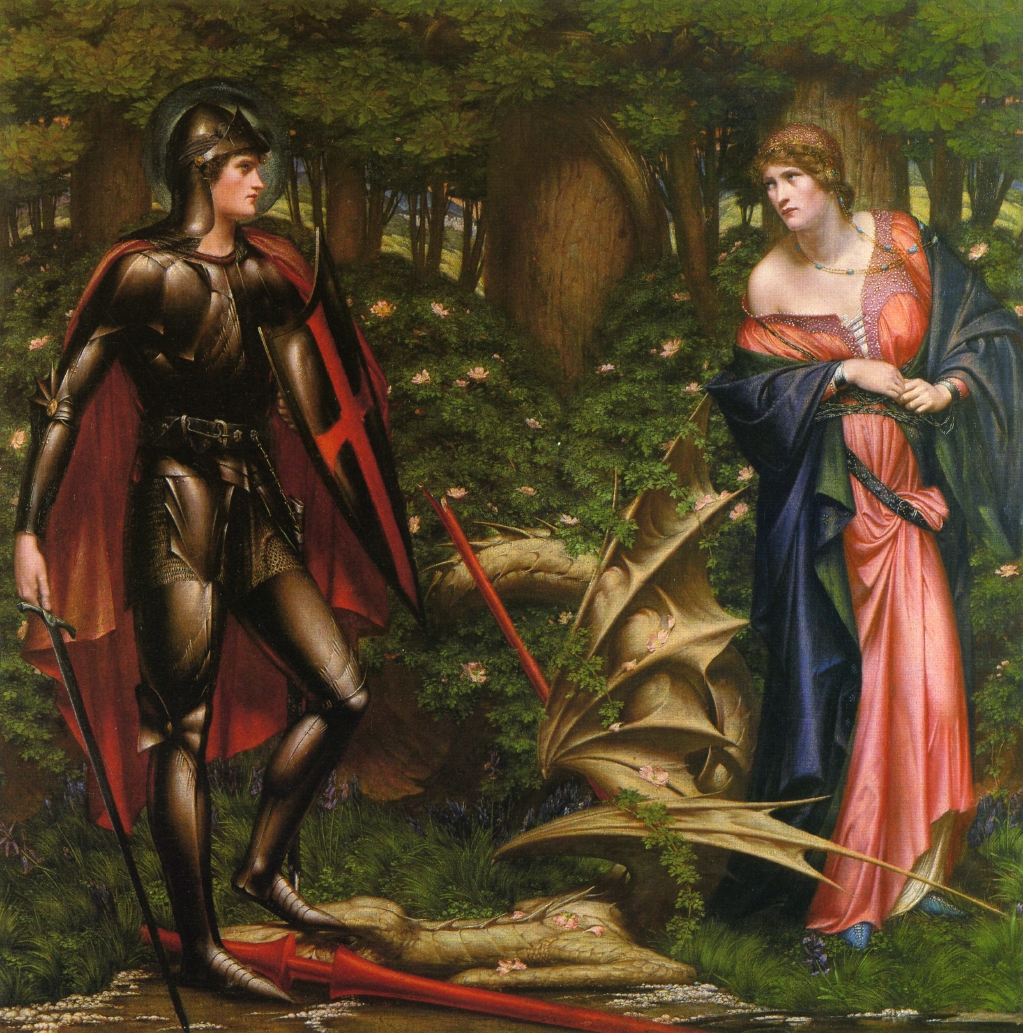 5. Think ahead. George’s mild-as-milk princess could have turned out to be a ruthless tyrant queen more insatiable than the dragon. 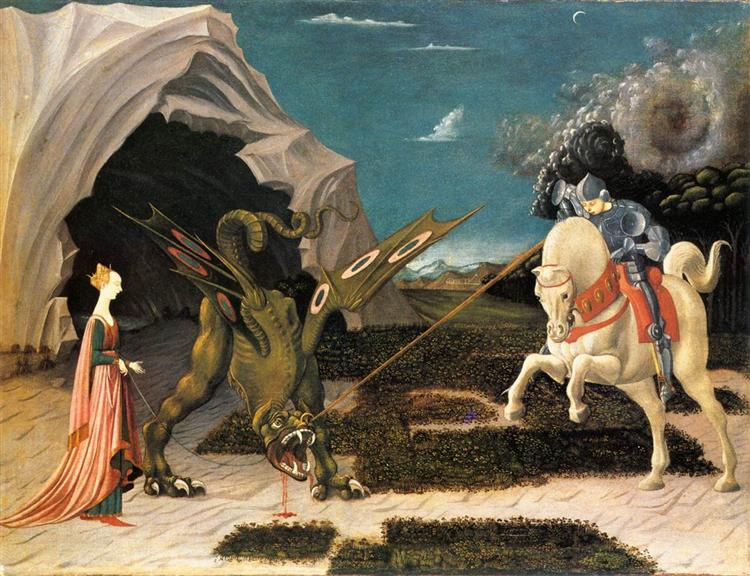 6. Should you really be fantasizing about parachuting into foreign countries and killing their dragons? It’s a hair’s breadth between dragon-slaying and imperialism, you know. 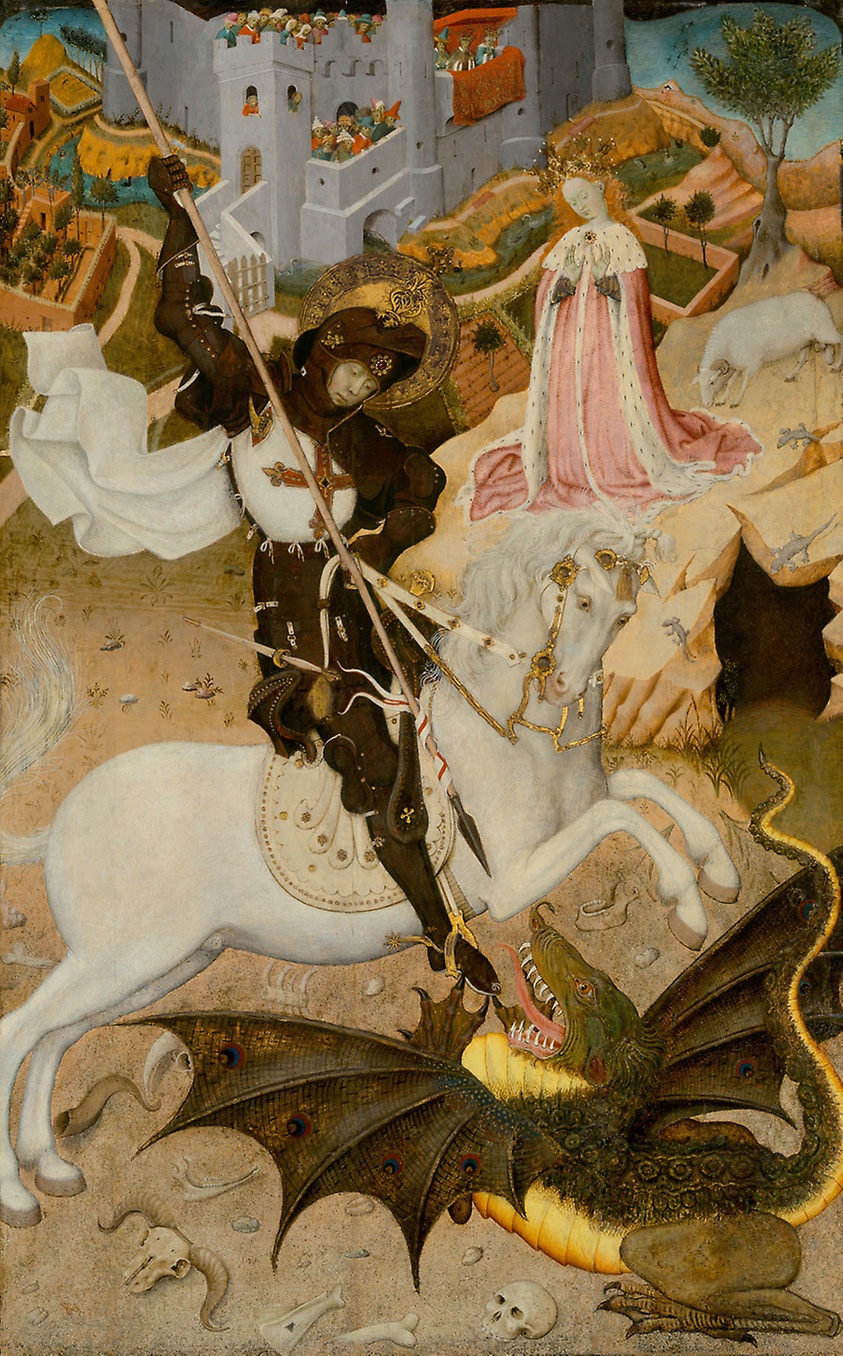 7. Did it occur to you that maybe George unwittingly undermined a social revolution? The princess had been reading Marx and finally convinced her dad that rich and poor alike must share the burden of feeding the dragon. Then George came along. 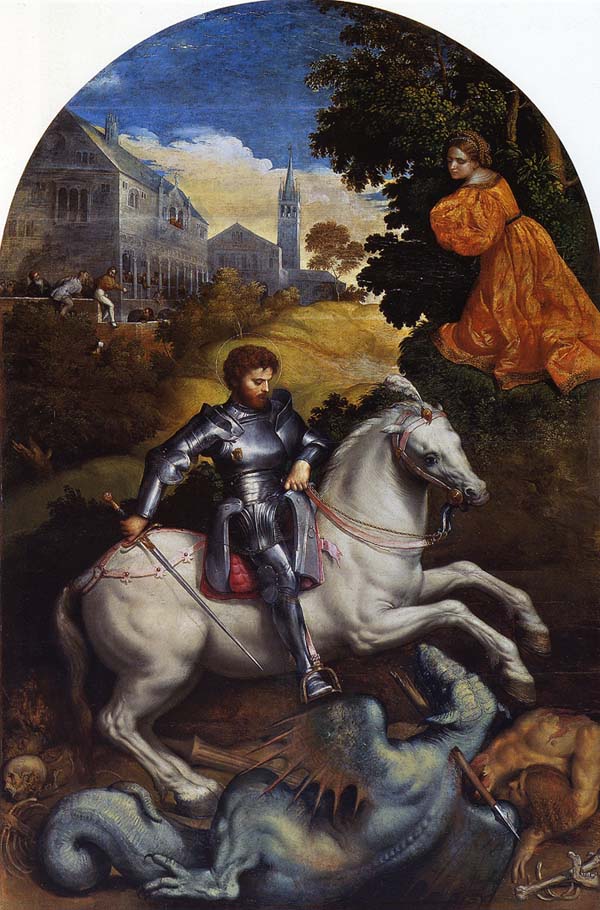 8. Assess the costs. Dragon-slayers destroy self-esteem. The people you heroically save from dragons can’t get out of bed in the morning without foreign military intervention. Think about it. Maybe the princess was minutes away from killing the dragon herself, but thanks to George, we only remember the guy on the horse. 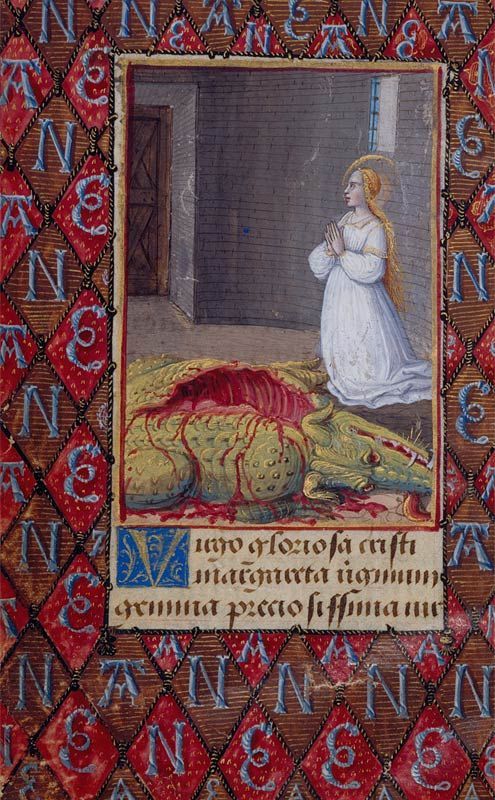 9. You’ll probably expect gratitude from the people you liberate from dragons. But what if they don’t submit gratefully and convert to your religion, adopt your brand of democracy, give you rights to their natural resources and so forth? Will you be cool with that? 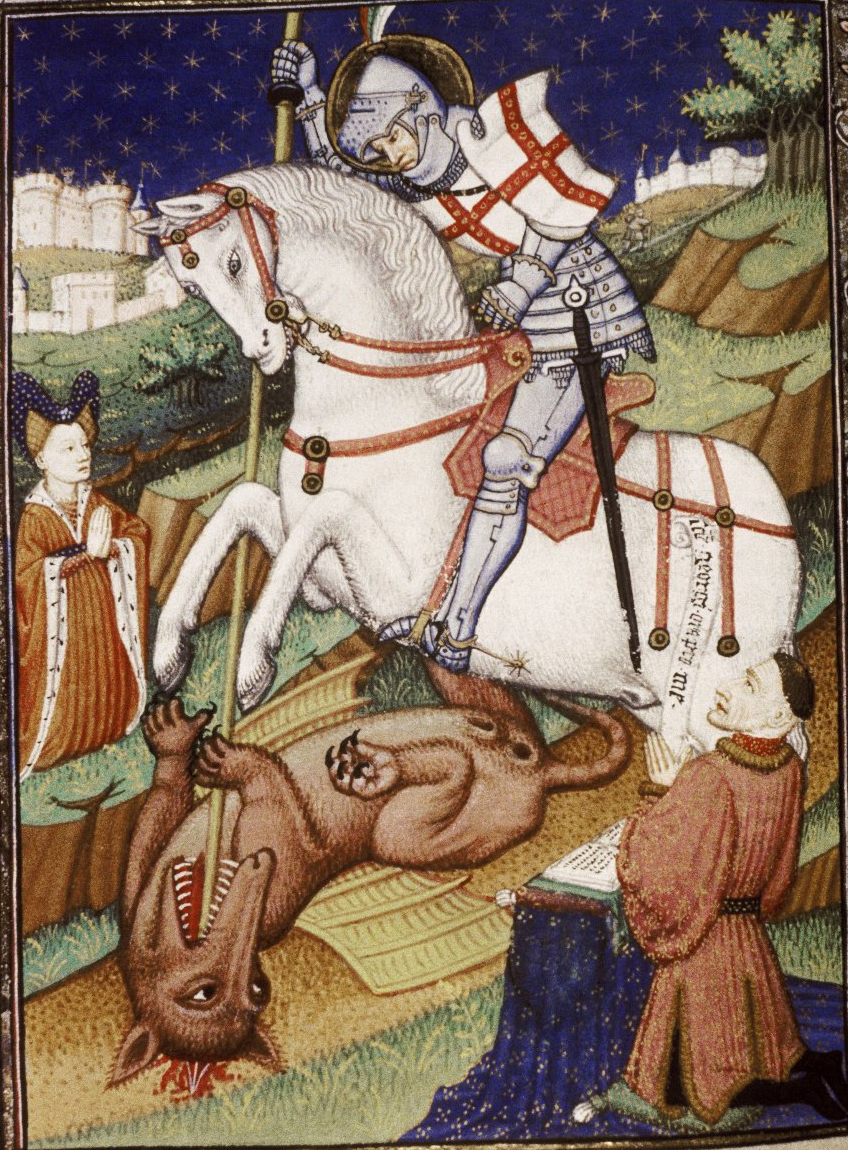 10. Did you ever wonder if the king was using George to deal with his daughter’s unhealthy relationship with a reptile? (No, I’m not related to Lenny.) 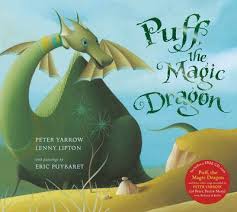