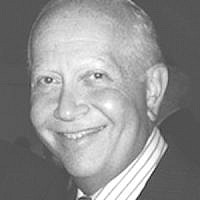 The Blogs
Tzvee Zahavy
Apply for a Blog
Please note that the posts on The Blogs are contributed by third parties. The opinions, facts and any media content in them are presented solely by the authors, and neither The Times of Israel nor its partners assume any responsibility for them. Please contact us in case of abuse. In case of abuse,
Report this post.

My rabbi often cracks jokes in his sermons from the pulpit. I feel this is wrong, mainly because his jokes are sarcastic and sound more like biting attacks on people of whom he does not approve.

What’s your take on this?

I was tempted to reply to your inquiry with a variant of the old Henny Youngman joke, “Take my rabbi… please!”

But seriously, I learned long ago that using humor in a religious context can be risky, and it can backfire on the would-be comedian. I lectured once at a prestigious Catholic university, and in the midst of my talk I made a rather bland joke and then I looked up at the audience. I could see instantly from the dour expressions on the faces of the pious faculty members that in the mere act of telling any joke I had committed a faux pas.

Religion is serious business, you see. Joking around about faith is frowned upon.

Out in our complex religious worlds, though, there are clerics who try to be funny at times, and there are clerics who are constantly serious. It’s a matter of personality and speaking style. The somber clerics may fear the potentially subversive nature of humor. And so they conclude that it’s best to suppress all forms of the expression. The humorous ones walk a tight rope. They risk inadvertently insulting someone, or telling a joke that falls flat.

Some clergy tell jokes perhaps because they feel they must compete for attention in a world where entertainment and amusement can saturate our lives via the many forms of instant media — YouTube, Twitter, Snapchat, Facebook, TV on demand, and the like.

Most humor does come to us in filtered, non-threatening forms. You find it in formal performances and entertainment in comedy clubs, in slapstick silliness in films, in political satire in the media, in social criticism on TV, just to name a few common settings.

According to a September 19 New York Times column by Lee Siegel (“Welcome to the Age of the Unfunny Joke”), humor ironically also can be unfunny and enigmatically, even utterly serious. The writer cites the work of Tig Notaro, Louis C. K. and Jon Stewart. Tig successfully makes jokes about cancer — a deadly serious subject.

Siegel explains this phenomenon, “In the unfunny joke, the comedian’s format is the Trojan horse that makes its way into your secret store of feelings as you wait genially to be entertained. The surprise is the unfunny truth that cuts through your consciousness with the force of a sword.”

And Siegel adds, “The laughter, if it comes, is a new kind of laughter: a satisfying release, but also distracted by an undercurrent of hard fact. In that sense, humor today is a continuing assault, or insurrection.”

He concludes with this general observation about the current trends: “That is why comedy bracingly hovers just at the edge of tragedy.”

I’ve noticed over the years that humor, specifically when shared among friends, has many possible contexts. In a locker room, or in a bar, bawdy humor is acceptable. In mixed company, anecdotal jokes are allowed. Ethnic humor — about other groups, of course — used to be tolerated, but less so in recent politically correct times. Among men on the golf course, jokes tend to be about the game of golf or about golfers’ wives.

You ask me specifically about the use of nasty sarcasm in a religious congregational context. Sorry to say, I have found that some rabbis think it’s okay to denigrate others using mockery and cynicism, both in private and in public.

I believe that when you are a public religious figure with the presumed responsibility to be a role model of behavior in a community, then to scorn others, especially in public, with disdain and derision, sets an awful example.

What, if anything, should you do about your holy joker? You might approach your comedic preacher to express your discomfort with his waggish barbs. But if you dare to do so, be prepared to be put down on the spot with a pointedly droll retort. And if that occurs, do not take it personally. Just say ha ha with a dour expression on your face and walk away.

I’m confused. In recent years I have heard many times that in an Orthodox shul, it’s not permissible to repeat words of the prayers for musical purposes in singing the liturgies. When I was younger, it was common and pleasant to hear a cantor repeat phrases in chanting the service. This past Yom Kippur, I noticed a few occasions where the congregation naturally repeated words in their singing. I am worried about this. Please help me understand what is the right way to pray.

At the risk of increasing your confusion, let me assure you that there are many right ways to pray.

In one of my recent books, God’s Favorite Prayers, I interpreted our major prayers in an archetypal matrix.

When what I call the “performer” archetype dominates in a congregation, repetition is allowed, and sometimes it can be admired. Leeway in singing is permitted. Artistic expression is a virtue.

But when the “scribe” archetype dominates in a synagogue, the strict rules of the rabbis must be applied without exception. The scribe is akin to an accountant who tracks the adherence to the rule-book. Varying from the prescribed script will not be tolerated by the rabbi-scribes.

There is as well a “meditative” archetypal context, where repetitions are a needed part of the contemplation procedures. In that model, the reprise of words and phrases is done to enhance a contemplative sense of consciousness.

A pure archetypal setting of one or another of these models rarely exists in the actual world of our synagogues. But many shuls in our nearby communities have opted in recent times for the dominance of the community-sing model, wherein participation by all people in the performance of the service is encouraged and expected.

That choice negates the option of the cantorial virtuoso dominating in the performance of the services. And to be consistent with that tendency, shuls often have opted in favor of the scribal prohibition against repeating words for artistic effect.

Rest assured that it’s not a sin to reprise a phrase, so do not be concerned. Just understand that there is a constant tension among the archetypes in our religious institutions. And do not worry because that engagement is a common, healthy and productive aspect of our communal life.