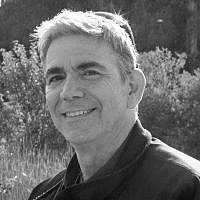 The Blogs
Doron Markel
Apply for a Blog
Please note that the posts on The Blogs are contributed by third parties. The opinions, facts and any media content in them are presented solely by the authors, and neither The Times of Israel nor its partners assume any responsibility for them. Please contact us in case of abuse. In case of abuse,
Report this post. 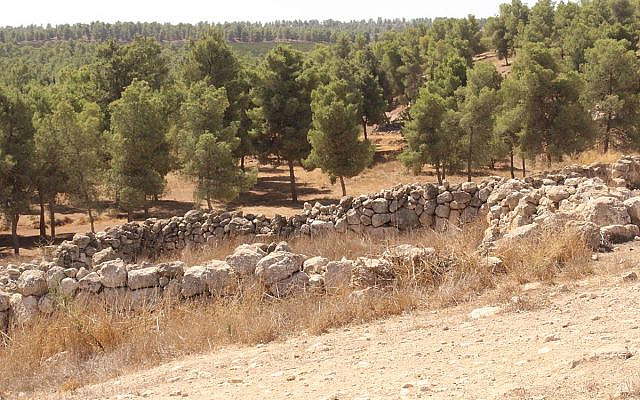 Yatir Forest, on the edge of the Negev. (Wikimedia Commons)

The evidence is in: KKL-JNF forests are crucial to fighting climate change. But they are not enough. Moreover, KKL-JNF forests have not only enhanced the biodiversity of Israel’s many landscapes, but they are also important sequesters of carbon.

I am writing to debunk common misconceptions of KKL-JNF’s afforestation work, including those recently published by the Society for the Protection of Nature in the Times of Israel.

Since its establishment in 1901, Keren Kayemeth LeIsrael-Jewish National Fund (KKL-JNF) has planted over 240 million trees in Israel, a phenomenal achievement that has distinguished the Jewish state as being the only country in the world that has increased its net-cover of trees since the beginning of the 20th century.

Concerns over potential damage to unique habitats wrought by indiscriminate tree planting in semi-arid regions are important and valid. However, to leap from there into erroneous conclusions that forests are endangering efforts to mitigate climate change in Israel is tantamount to throwing the baby out with the bathwater.

It is true that in early years, KKL-JNF focused on greening the land by planting large expanses of fast-growing growing conifers. Today, KKL-JNF adheres to the new forest management theory, an advanced approach in which each forest is carefully mapped into zones defined by their unique geographical and vegetation configuration. The results are visible on the ground — the new KKL-JNF planted forests of today are more biodiverse, and are comprised of a mixture of Mediterranean pine and indigenous broadleaf species.

Since KKL-JNF plants trees according to the specific needs of a particular region, tree plantings today are mainly carried out in forests that have sustained damage due to fire, storms, and other causes. In addition, more and more plantings are being carried out in urban areas, serving as crucial green lungs that provide shade and improve quality of life in Israeli towns and cities.

The International Panel on Climate Change (IPCC) reports published over the past two years leave no room for doubt: Climate change is a global crisis that endangers all humanity. These reports also explain that the main factor in climate change is a rise in concentration of greenhouse gases in the atmosphere – primarily carbon dioxide (CO2) – which, over the past 50 years, has risen from 315 parts per million (ppm) in 1970 to 414.7 ppm in 2019, a level not attained since one million years ago.

KKL-JNF’s Yatir Forest in the Negev, which is the largest planted forest in the Middle East, has been monitored and researched for many years by Israel Prize laureate Prof. Dan Yakir of the Weizmann Institute of Science, and its sequestration of carbon from the atmosphere is being closely studied. Prof. Yakir’s findings reveal that the forest’s net carbon fixation (i.e., its absorption of carbon for photosynthesis minus the quantity of carbon it respires) is 220 tons per square kilometer, while Birya Forest (Planted by KKL-JNF in the Upper Galilee) fixes an even greater quantity: 380 tons per square kilometer. This remarkable net carbon fixation rate of between 220 and 380 tons per square kilometer resembles that of the temperate forests of Europe (although these forests absorb more carbon for photosynthesis, they also emit more through respiration at night and in the winter). This translates to each tree absorbing around 30 kilograms of carbon dioxide (CO2) per year.  If we assume that a tree survives for an average of 60 years, this means that each tree sequesters about 1,800 kilograms – almost 2 tons – of carbon dioxide in the course of its life.

What about that albedo effect?

Professor Yakir’s research likewise mentions the potentially negative effects of the lowering of albedo (reflected solar radiation that reduces global warming) caused by Yatir Forest in comparison with its bright surroundings. However, this was a temporary change that occurred when the forest was first planted in the 1960s. Prof Yakir’s research shows that, since then, the carbon-fixation process has been increasing from year to year, and that its positive effect has gradually exceeded the alleged negative effect of lowering albedo, and will continue to increase even more in the future.

Furthermore, Yakir’s research has shown that the inner cooling process of large forests can actually draw in cool, humid air, changing the local climate for the better. Similar studies also show that afforestation in large arid areas (such as the Sahel in Africa) could potentially have the same affect, thus mitigating warming and droughts. This means that Israeli forests in semi-desert climatic locations, such as Yatir, can serve as a model for similar methods afforestation over much larger areas, such as in Africa and Australia, which could sequester enough atmospheric carbon to change the current global balance. Other countries are taking notice. KKL-JNF regularly hosts delegations from around the world who come to Yatir Forest to see how afforestation can be achieved in arid and semi-arid regions.

In Israel, forests remain the only tool that we have to actively absorb excess carbon dioxide in the atmosphere. KKL-JNF woodlands assimilate about 3.7 million tons of carbon dioxide per year. Despite these impressive figures, we cannot afford to rest on our laurels. Israel’s vehicles and industry currently emit significantly larger amounts of carbon than our forests can absorb. This is why continuing to plant trees and preserving our forests remain crucial to mitigating the effects of climate change.

About the Author
Doron Markel is the chief scientist at KKL-JNF.
Related Topics
Related Posts
Comments